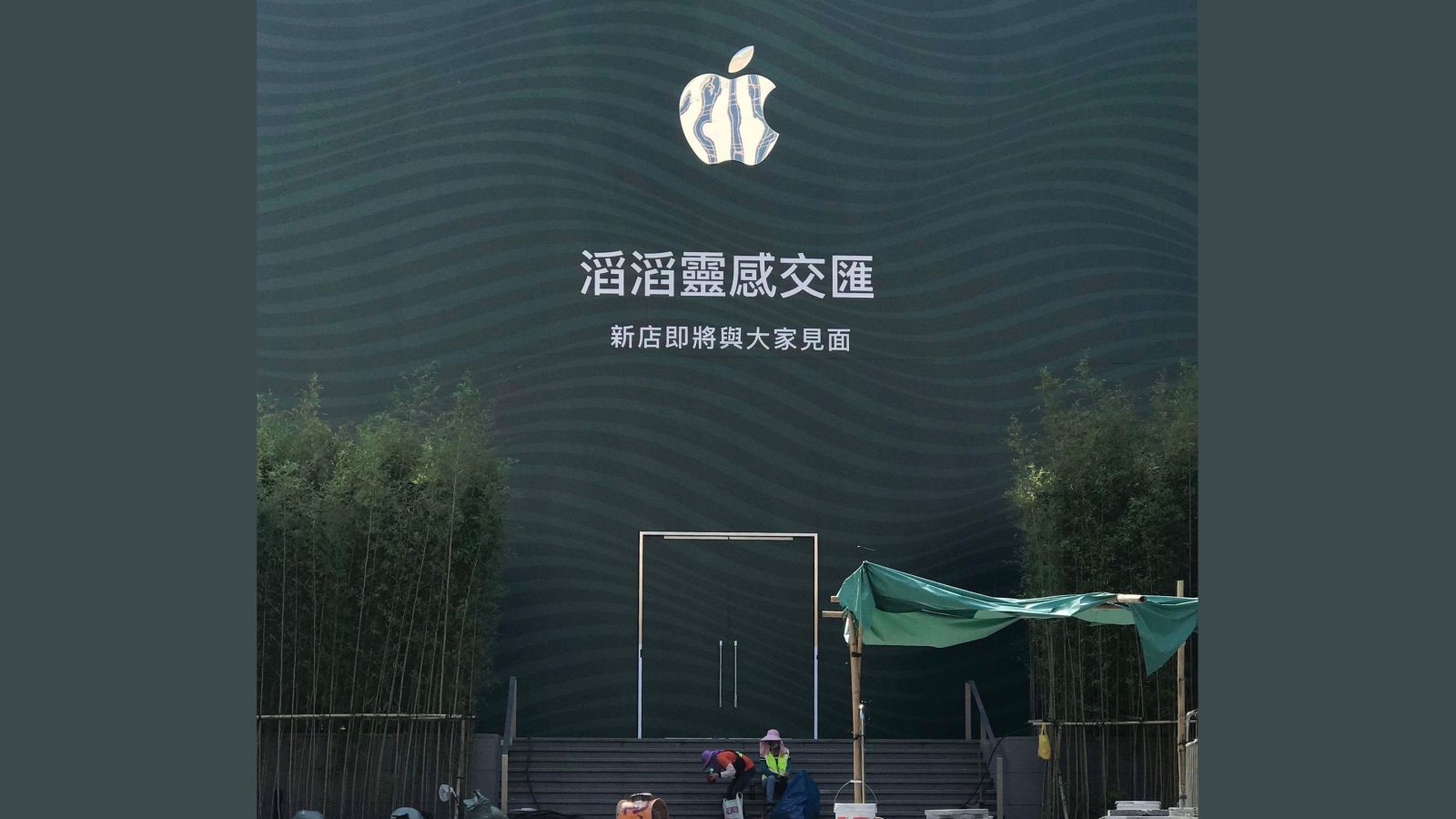 Apple is nearly finished constructing a second retail location in the Chinese region of Macau. New signage installed over the building’s facade teases the store’s imminent opening for the first time.

A dark blue-green canvas striped by undulating lines covers the exterior of Apple’s newest store adjacent to the Sands Cotai Central resort. A chromed Apple logo and two lines of Chinese characters are the only hints that iPhones and iPads will soon be sold inside. The text roughly translates to “An inspirational exchange – new store is coming soon.”

While no opening date has been spotted on the banners or posted on Apple’s retail website, the store will likely open no later than the beginning of July. An official grand opening time should be released in coming days. Apple often references local culture when designing temporary signage for new stores, and these most recent banners appear to follow suit. The sign’s wavy, aquatic pattern matches the tiling style of Senado Square, a notable public plaza in Macau.

The new store is located on a highly visible and well-traveled street corner on Macau’s Cotai Strip, and positioned directly across from The Venetian Macau. The Cotai region is often called Asia’s Las Vegas, an area filled with themed resorts, casinos, and luxury retail. Apple’s first store in Macau, an indoor location, opened just under two years ago at the Galaxy Macau resort, west of the Cotai Strip.

We first saw photos of the location in progress this past April, when gray panels covered the entire exterior of the building and construction equipment was present on the roof. While it’s difficult to tell exactly what the store will look like when uncovered, its cube-like appearance immediately draws parallels to Apple’s Fifth Avenue glass cube. The final exterior design will likely differ at least slightly from New York’s underground store, as tall grasses cover the plaza around the structure, and the store’s Apple logo appears to be attached to the front of the building, not mounted inside.

Follow along with our retail guide for more Apple store news and photos of Macau’s new store when it opens.