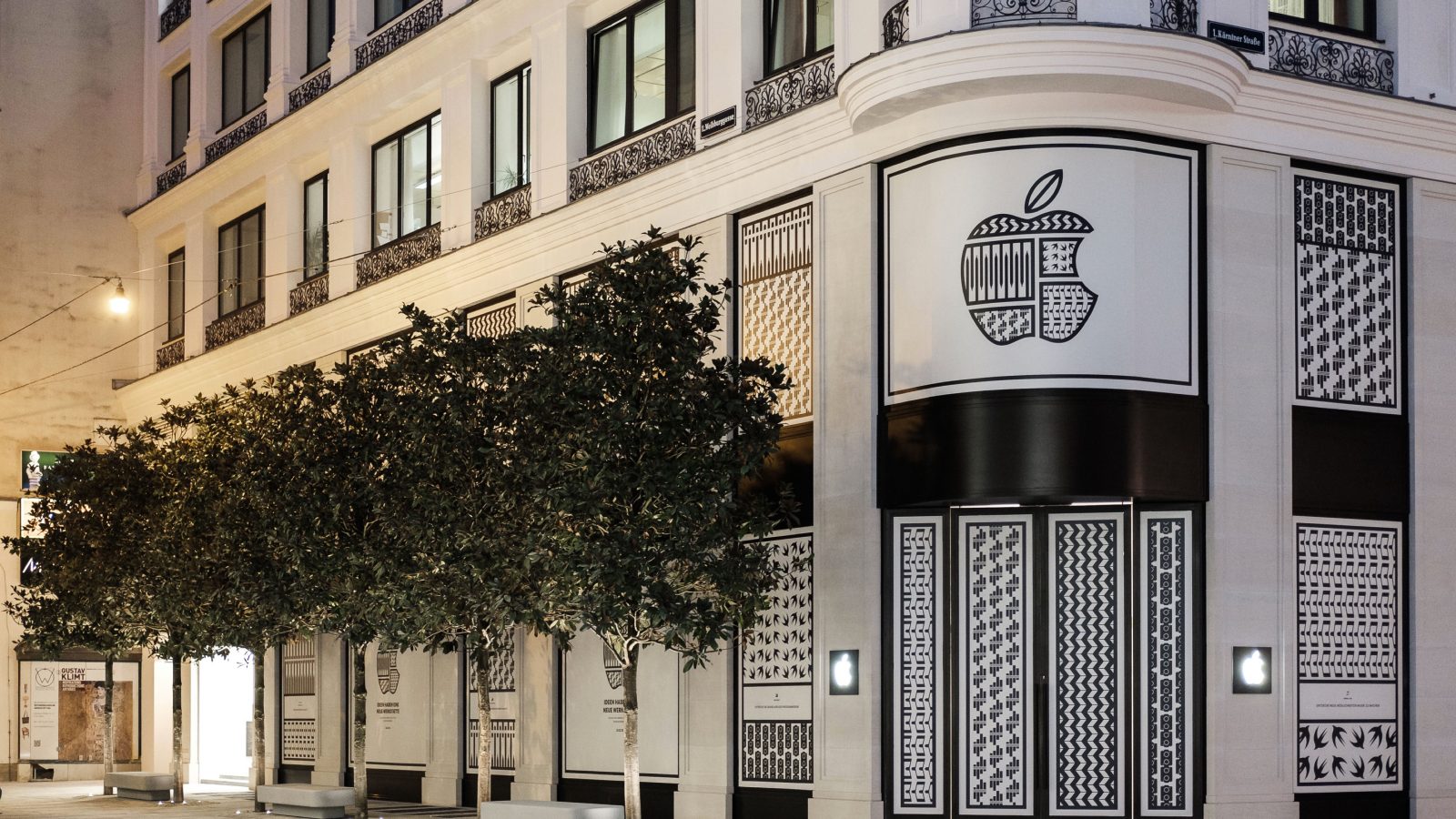 Update: Official photos shared by Apple (above) show the new store under wraps ahead of opening. See more in the gallery below.

After well over a year of planning and construction, Apple’s first ever retail store in Austria has an opening date set for February 24th, according to a teaser page on Apple’s retail website.

It was first reported in August 2016 that Apple was finalizing contracts to establish their retail presence in Austria’s capital of Vienna. The company chose to take over and remodel a storefront in the upscale shopping neighborhood at Kärntner Straße that once housed fashion brand Esprit.

The origins of Kärntner Straße date back to at least the 1200s, and historical records show that the building Apple will occupy was built at earliest in 1894. While the structure has been modified significantly over the years, Apple’s renovation is designed to add long-term value to the old town.

The store’s transformation won’t entirely replicate the building’s original design, but care has been taken to match materials and echo design cues from the existing structure. The store’s entry and window placement have returned to their original locations, and stone wall covering has been brought down to street level once again. Previously, the facade was wrapped in glass and layered with modern, horizontal slats sharply contrasting with the building’s historic character above.

The store’s completed design will likely be reminiscent of Apple Schildergasse in Germany, and Apple Regent Street in London, a project completed by architecture firm Foster + Partners, the same company behind the planning of Apple Park and other recent flagship Apple retail locations. 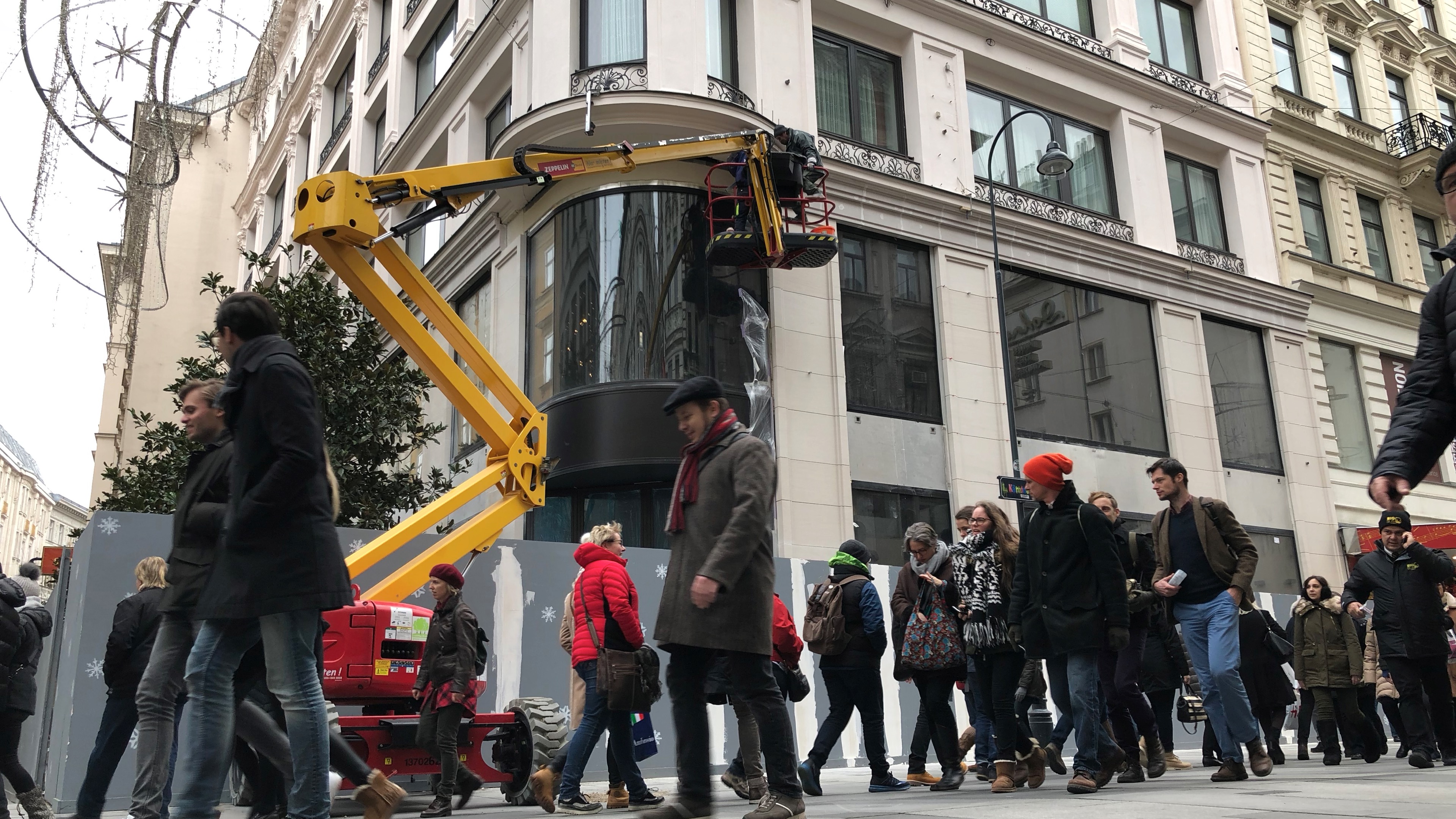 In December, we brought you photos of the store’s construction progress, showing windows going in place and trees planted along the store’s sidewalk. Just recently, an Austria placeholder showed up in the official Apple Store App, signaling the store’s impending grand opening. Crews have been busy over the winter months putting finishing touches on the store, which was completed nearly concurrently with Apple’s first store in South Korea.

Apple has been aggressively opening retail locations in more and more countries in recent years, and Austria is just the latest in the company’s rollout. It was less than a year ago that Apple’s first locations in Singapore and Taiwan were unveiled. The company already has indicated plans for locations in Saudi Arabia, Thailand, and Argentina.

In 2017 alone, Apple remodeled or opened over 30 retail locations across the world, with more renovations still underway this year in the United Kingdom, Tokyo, and at their flagship location on 5th Avenue in New York.

With the opening of Vienna’s store, Apple will have more than 500 retail locations across the world, including their stunning new Michigan Avenue store in Chicago that features waterfront views and a design seemingly inspired by Apple Park’s Visitor Center. Increasingly, these stores are designed with Today At Apple in mind, a program put in place by retail chief Angela Ahrendts. Today At Apple focuses on group experiences through the use of workshops and classes, part of Apple’s initiative to turn stores into town squares.