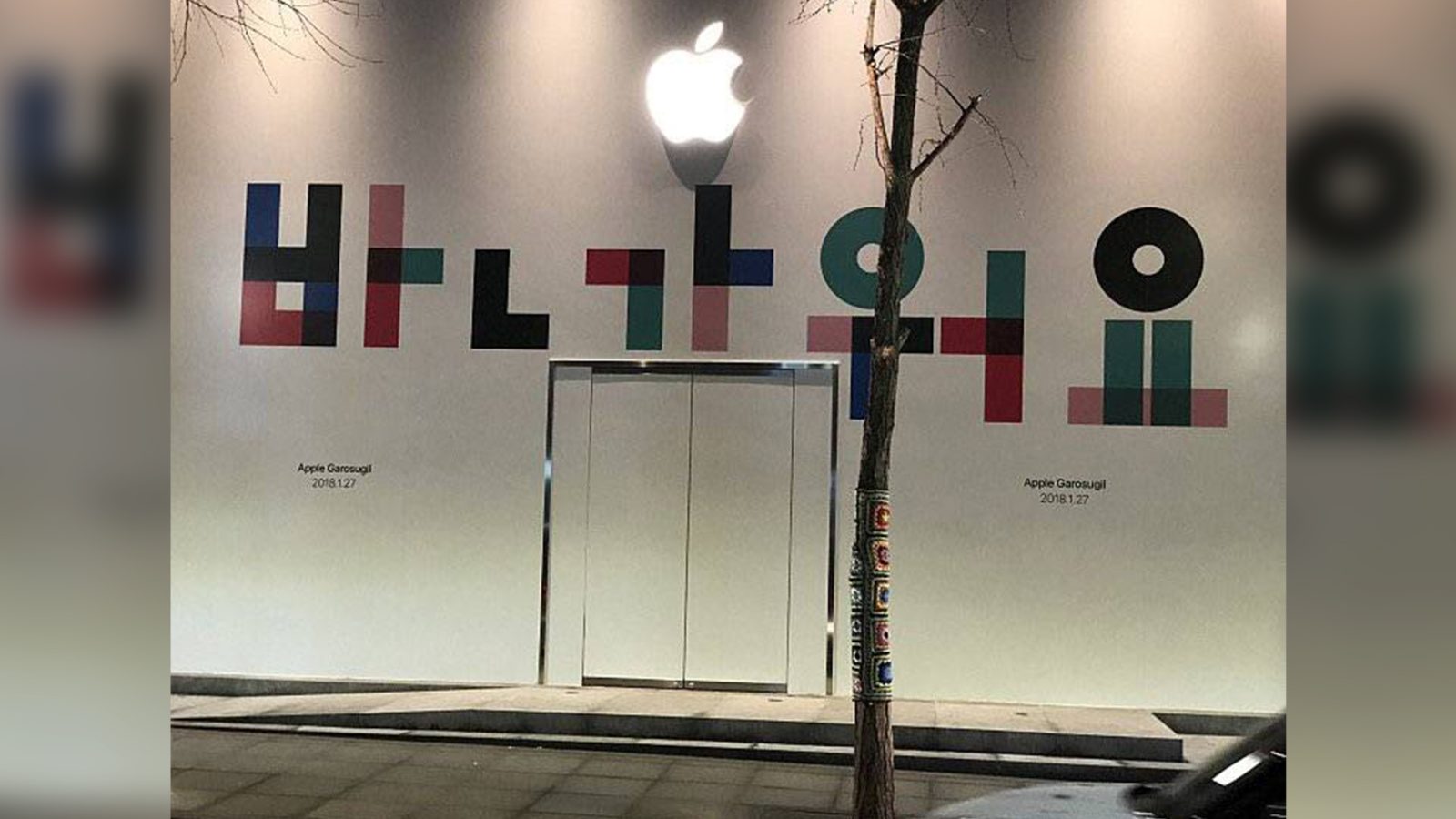 According to a new sign placed on the covered store’s entry, Apple’s first retail location in South Korea will open on January 27th. The grand opening comes later than expected, with initial reports expecting the store to open before the end of 2017.

Apple initially confirmed that they would be building their first retail location in South Korea last January, in the upscale retail district of Garosugil. In December, ETNews reported that the store would open before the end of the year, but construction delays seem to have pushed back the date of completion.

Unless Apple’s nearly complete Vienna, Austria location opens first, South Korea will see the first new store open of 2018, following an incredibly active 2017. This year is shaping up to be just as busy. In recent weeks, Apple has faced pushback from locals in Australia in regards to a proposed store in Federation Square. The first Apple Store is Saudi Arabia may also see a green light, thanks to regulatory changes.

We’ll keep watching for more information closer to opening day, and bring you photos of the completed store when the public is welcomed in.