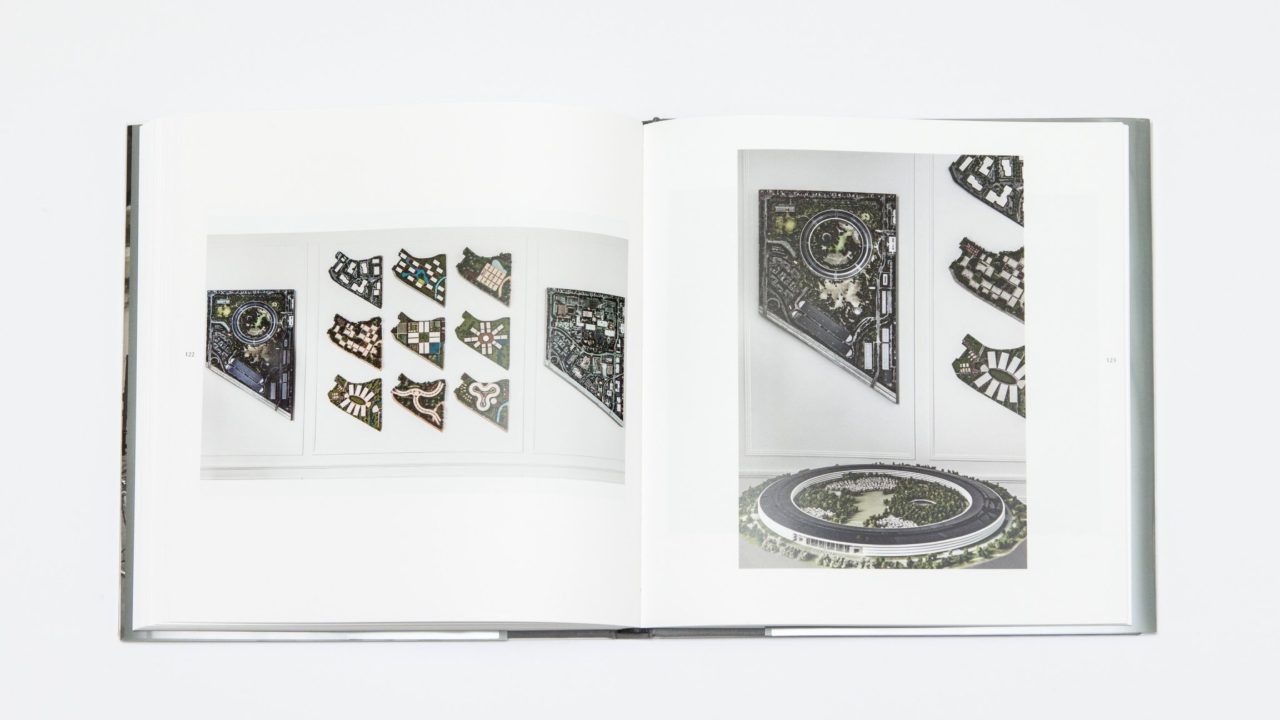 While some of Apple Park‘s earliest employees make themselves at home in the new $5 billion campus this week, a new book published by the Norman Foster Foundation has given us a closer look at some of the early design concepts considered, but ultimately scrapped in favor of the “spaceship.”

Spaces, photographed by José Manuel Ballester, is a new publication detailing the walls of the Norman Foster Foundation. Fortunately, those walls happen to contain early architectural renders of designs considered for Apple’s new campus in Cupertino. The aerial images reveal a wide variety of shapes and building layouts, including clusters of small structures, a three blade “propeller,” and what almost resembles a spider.

The existence of these alternative designs was first mentioned and sketched in a profile of Apple Park by Wired this past May, but these new renders give us a much clearer look. Steve Jobs was allegedly a fan of the original “propeller” design, but eventually circled around to the idea of a ring.

His images dissolve the walls between those separate entities in the same spirit of the Foundation's mission to break down the barriers between professions. Our latest publication, 'Spaces', by José Manuel Ballester now available: https://t.co/axvM9fB5sR #NormanFosterFoundation pic.twitter.com/EcidBioMo4

A close look at these new photos also shows how much more modest in scale Apple Park would’ve been had the company not purchased a 100-acre parcel of land from HP in 2010, which allowed the spaceship to expand north to border Homestead Rd.

In tandem with the release of Spaces at the end of this past December, the Norman Foster Foundation has been exhibiting other Foster + Partners works in an exhibit called “Common Futures” at the Espacio Fundación Telefónica in Madrid. The exhibit features several miniature recreations of Norman Foster buildings, including a scale model of Apple Park similar to a replica shown by Apple back in 2013.

The exhibit is on display until February 4th, but if you can’t make it all the way to Spain, you can always check out Apple’s own AR campus experience at the Apple Park Visitor Center.

The future of work: to blur the distinction with leisure | Apple Park, 2010-2017. 'Norman Foster – Common Futures' on view until 4 February at @espacioftef. #ExpoFoster #NormanFosterFoundation

Apple has had an increasingly close relationship with Foster + Partners for several years now, designing not only Apple Park and its adjacent Visitor Center, but many recent flagship Apple Stores including Apple Michigan Avenue in Chicago and Apple Dubai Mall in the United Arab Emirates.