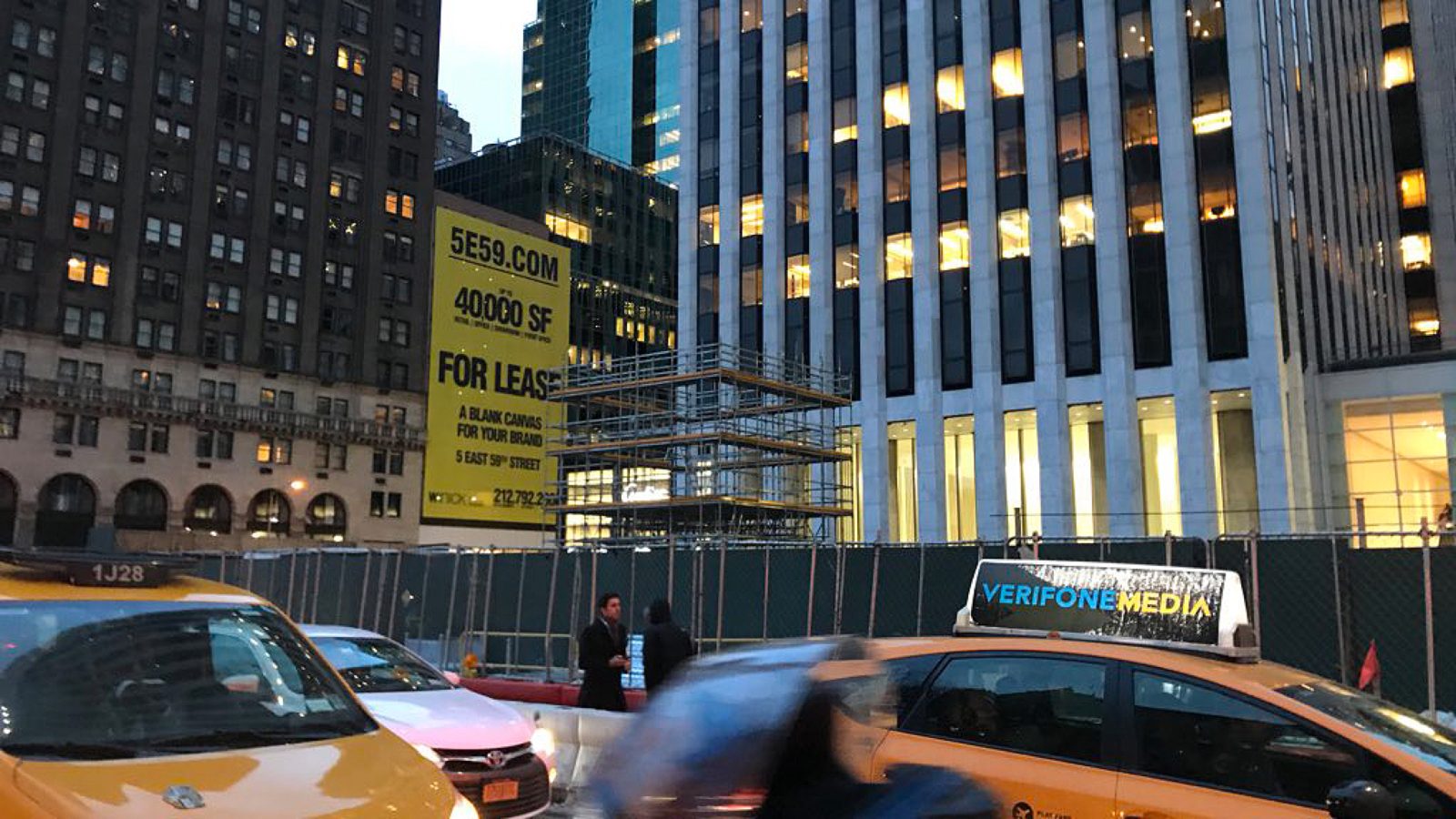 As seen in new photos taken outside the work site, familiar cube-sized scaffolding has risen above the construction barriers at Apple’s flagship Fifth Avenue store in New York City.

After closing on January 20th last year for renovations, the store’s iconic glass cube was given removal approval in April 2017, and photos taken a month later showed that the structure had indeed vanished.

Rumors of renovations at the store began as early as 2016, and were confirmed when Apple closed the cube and opened a temporary store next door in the former FAO Schwarz showroom.

Photos sent to 9to5Mac today by Daniel Barchi show that after over a year of work, the iconic structure might be close to returning. While the progress will come as welcome news to New York residents who frequent the high traffic location, don’t expect to visit the new store any time soon.

A report last summer predicted that renovations won’t be complete until November. During Apple’s September 2017 keynote, retail SVP Angela Ahrendts added that the cube would return when the store reopened “late next year.” 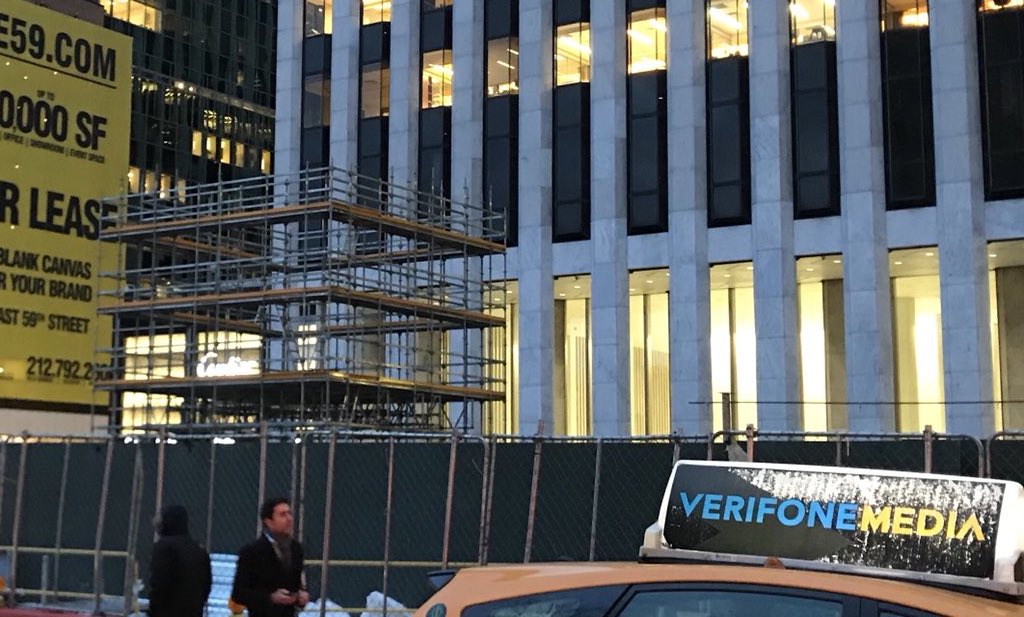 Long after the cube returns, work will likely continue underground, where Apple is busy more than doubling the store’s floor space. Reference models created for Apple by architecture firm Foster + Partners surfaced last spring, giving us an idea of what the store may look like when complete.

Outside, Apple is opening the plaza and letting natural light spill into the store below through the use of a grid of round skylights. An overhead photo taken just days ago (below) shows many of the skylights already in place, organized around space reserved for the store’s entry through the glass cube.

Apple Fifth Avenue originally opened in 2006 with much fanfare. Steve Jobs even sat down for a TV interview with Bryan Williams to celebrate what was at the time Apple’s most impressive retail accomplishment.

In 2011, Apple completely replaced the store’s cube, reducing the number of glass panes from 90 to just 15. The 24-hour store remained open throughout renovations. In 2014, one of the $450k panels shattered after being struck by a snowblower. 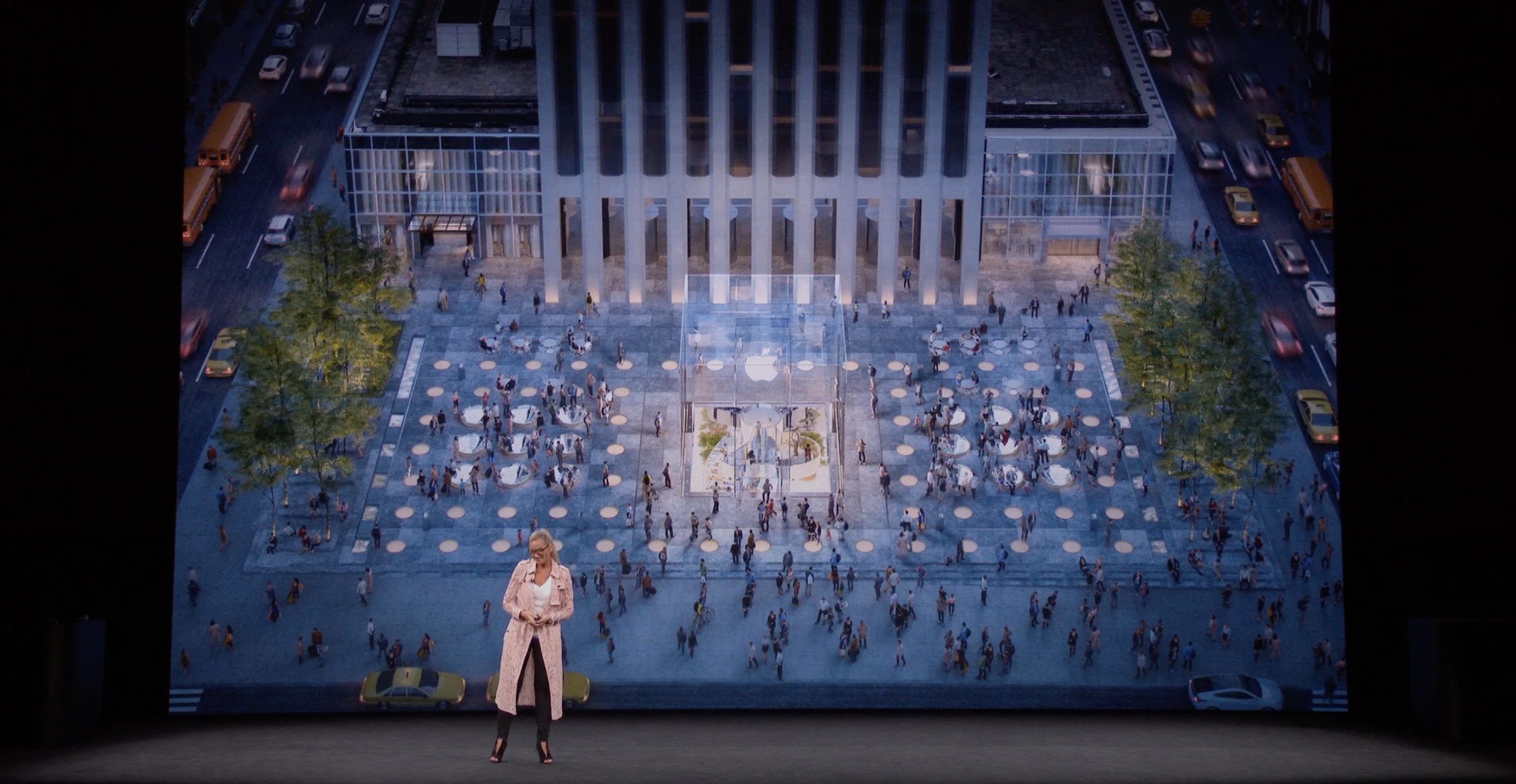 Apple has several other retail projects underway slated for completion in upcoming months. Large stores in both Milan and Paris will open in 2018, as well as a historic flagship location in Washington D.C.’s former Carnegie Library.

Like Apple Fifth Avenue, the company’s Milan store will be housed entirely underground and feature a public plaza above. Smaller stores in both Walnut Creek, CA and Seattle, WA are also currently in the works.

If you’re visiting Apple Fifth Avenue and notice any more progress on the store, feel free to send us photos of your own.