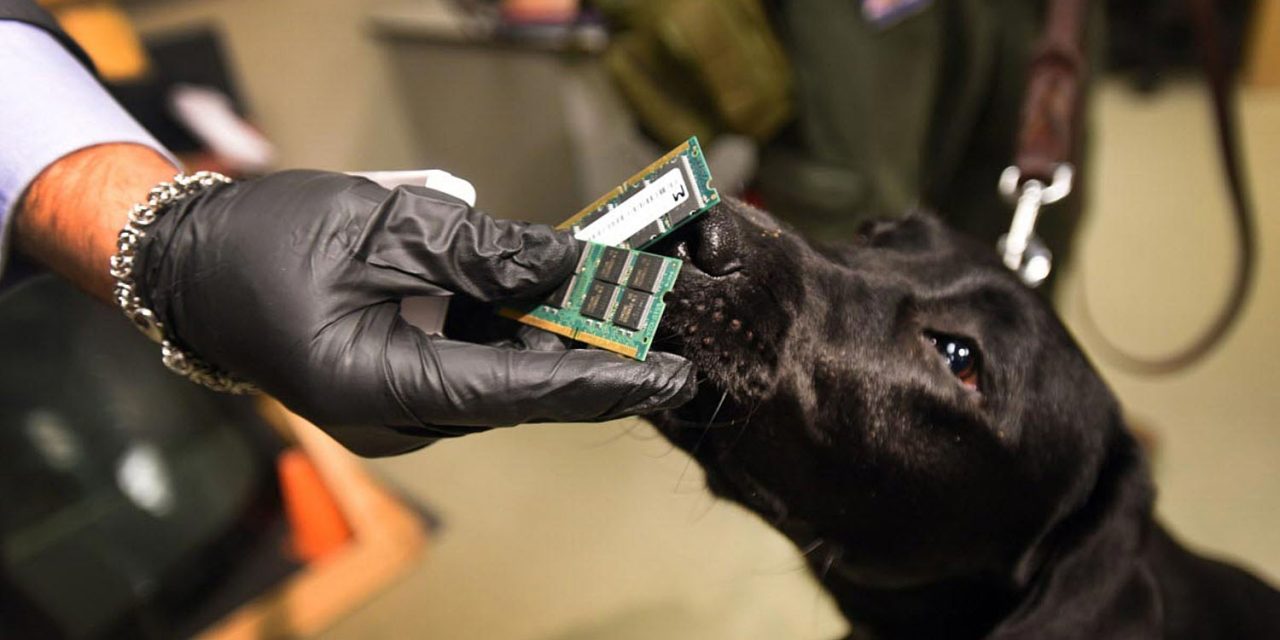 Find My iPhone can be a useful tool if you’ve misplaced your own device, but investigators seeking electronic evidence have a surprising approach at their disposal: electronics-sniffing dogs …

A small number of dogs have been trained to sniff out hidden electronics devices, ranging from hard drives to microSD cards, and CNET has a detailed feature on the program.

A major in the Connecticut State Police’s computer crimes department asked its K-9 academy — the longest-running K-9 police school in the US — if a dog could sniff out thumb drives.

To find out, Jack Hubball, a chemist with Connecticut’s Forensic Science Laboratory, ordered thumb drives, SD cards and hard drives from multiple manufacturers. And he learned all memory devices use a chemical compound called triphenylphosphine oxide, or TPPO. That was the break they needed.

Once they had isolated the common chemical, the state’s K-9 trainers could begin to train the first ESD dog.

The Electronics Sniffing Dogs program was kept secret for several years, aiding in a number of convictions.

The most famous case occurred in 2015, when a Labrador retriever named Bear found a hidden flash drive containing child pornography in the home of former Subway spokesman Jared Fogle. The district attorney called the discovery vital to Fogle’s conviction.

There are now at least 17 ESDs in the USA, used by the FBI and police departments in Alaska, Massachusetts, Missouri and Virginia.

The full piece on CNET is a fascinating read.