Tim Cook talks to David Rubenstein about the phone call that changed his life, running for president and more 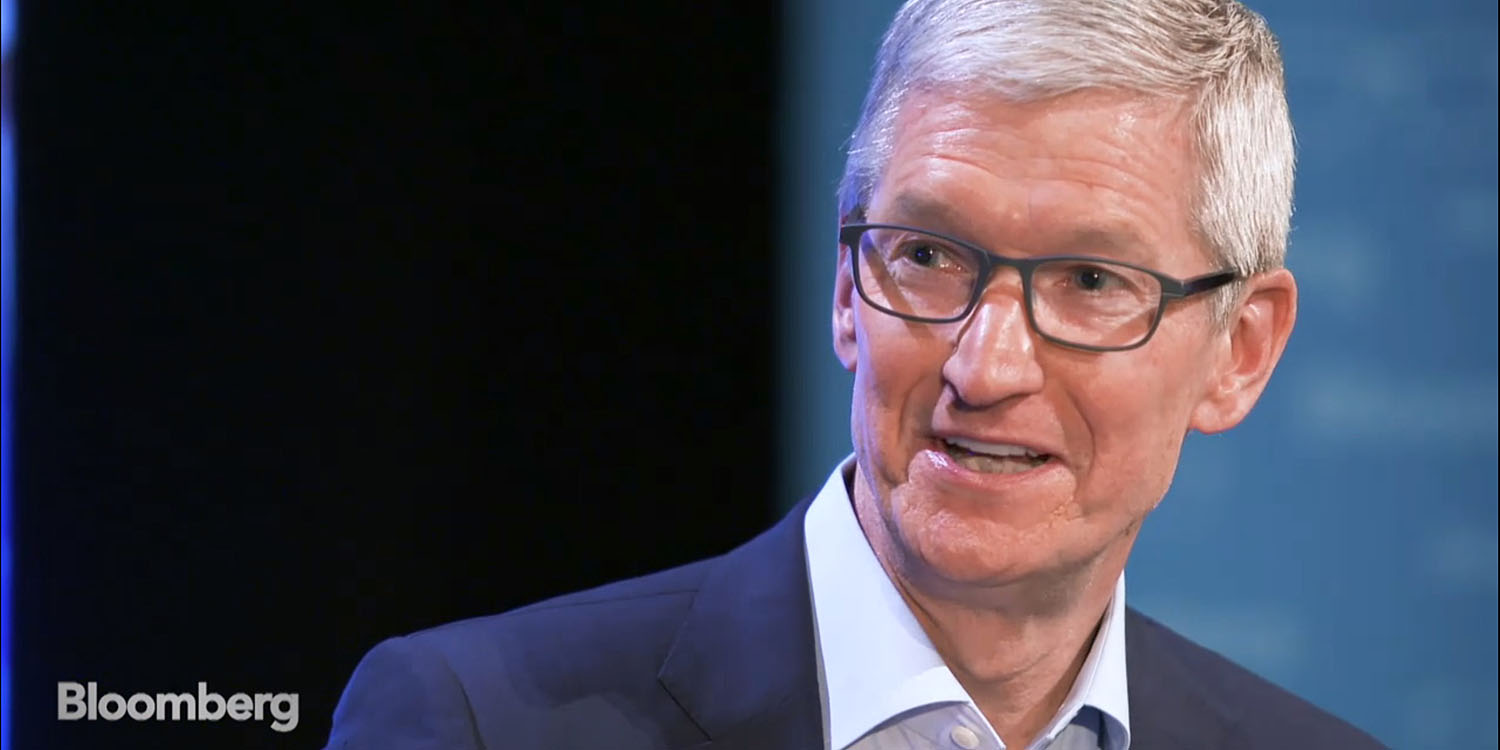 Bloomberg now has the full 24-minute interview online, along with more clips …

In one of them, Rubenstein asks Cook if he’d ever consider running for president.

I’m not political. I love focusing on the policy stuff, but in the dysfunction in Washington between the legislative branch and so forth, I think I can make a bigger difference in the world doing what I’m doing.

You know, you’d love to be president, but not ever run, and that should never happen in our country, and that kind of eliminates me.

Cook was also asked about his move from Compaq to Apple. At the time, Apple was a relatively small company, so Rubenstein wanted to know why he accepted Steve Jobs’ invitation to come for an interview.

Steve had come back to the company and was essentially replacing the executive team that was there at the time. I thought, you know this is an opportunity to talk to a guy that started the whole industry.

Steve met me on Saturday, and it was like just minutes into talking with him, I wanted to do it. I was totally shocked myself. There was a sparkle in his eye that I’d never seen in a CEO before. He was turning left when everyone else was turning right. With almost everything he talked about, he was doing something different from conventional wisdom […] I thought it was brilliant.

Cook said his friends thought he was ‘nuts’ when he took the job, as he was working for what was at the time the top computer maker in the world. He said that was maybe the best decision of his life.

Asked whether often negative analyst reactions to quarterly earnings numbers bothered him, he said no longer.

It did at one time, it doesn’t any more. We run Apple for the long term, and so it’s always struck me as bizarre there’s a fixation on how many units are sold in a 90-day period […] We’re making decisions that are multi-year decisions. We’re try to be very clear that we do not run the company for people who want to make a quick buck, we run the company for the long term.

He said he was ‘thrilled’ by Warren Buffett’s purchase of an additional 75M shares, because the billionaire investor also takes a long-term view, so the two are in sync.

You can watch the complete interview here.