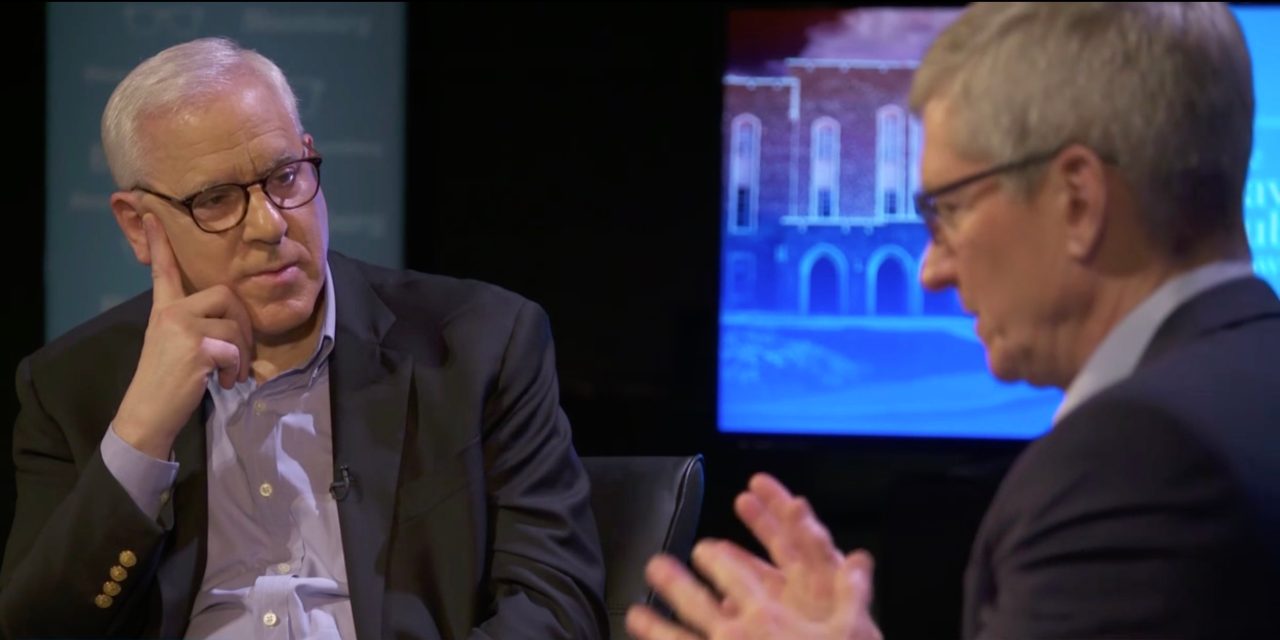 Cook says he discussed the new Chinese tariffs with US President Donald Trump, explaining why he believed it ‘was not the right approach’. There is also an update on Apple Music, Apple’s foray into original content and more.

In addition to the topic of Trump’s controversial trade policies, Cook also urged the president to reconsider his stance on repealing DACA.

Cook was supportive of the Trump administration’s corporate tax policy, which has enabled Apple to move its overseas cash back to the US and kickstart a fresh $100 billion capital return program. He said that Apple’s share buyback program is good for the US economy as a whole:

“We’re also going to buy some of our stock because we view our stock as a good value,” Cook told Rubenstein in the interview. “It’s good for the economy as well because if people sell stock they pay taxes on their gains.”

The interview will also cover Apple’s original content efforts. It is common knowledge that Apple is prepping a roster of about ten TV shows to launch early in 2019, after hiring two long-time Sony execs to run a new worldwide video division. Cook says that Apple is invested in content and ‘we will be playing in a way that is consistent with our brand’.

In April, Apple Music announced that it had crossed 40 million active paid subscribers and 8 million trials. This means the company saw an increase of about 2 million active users in a month’s span.

The full interview with David Rubenstein will be aired in June.