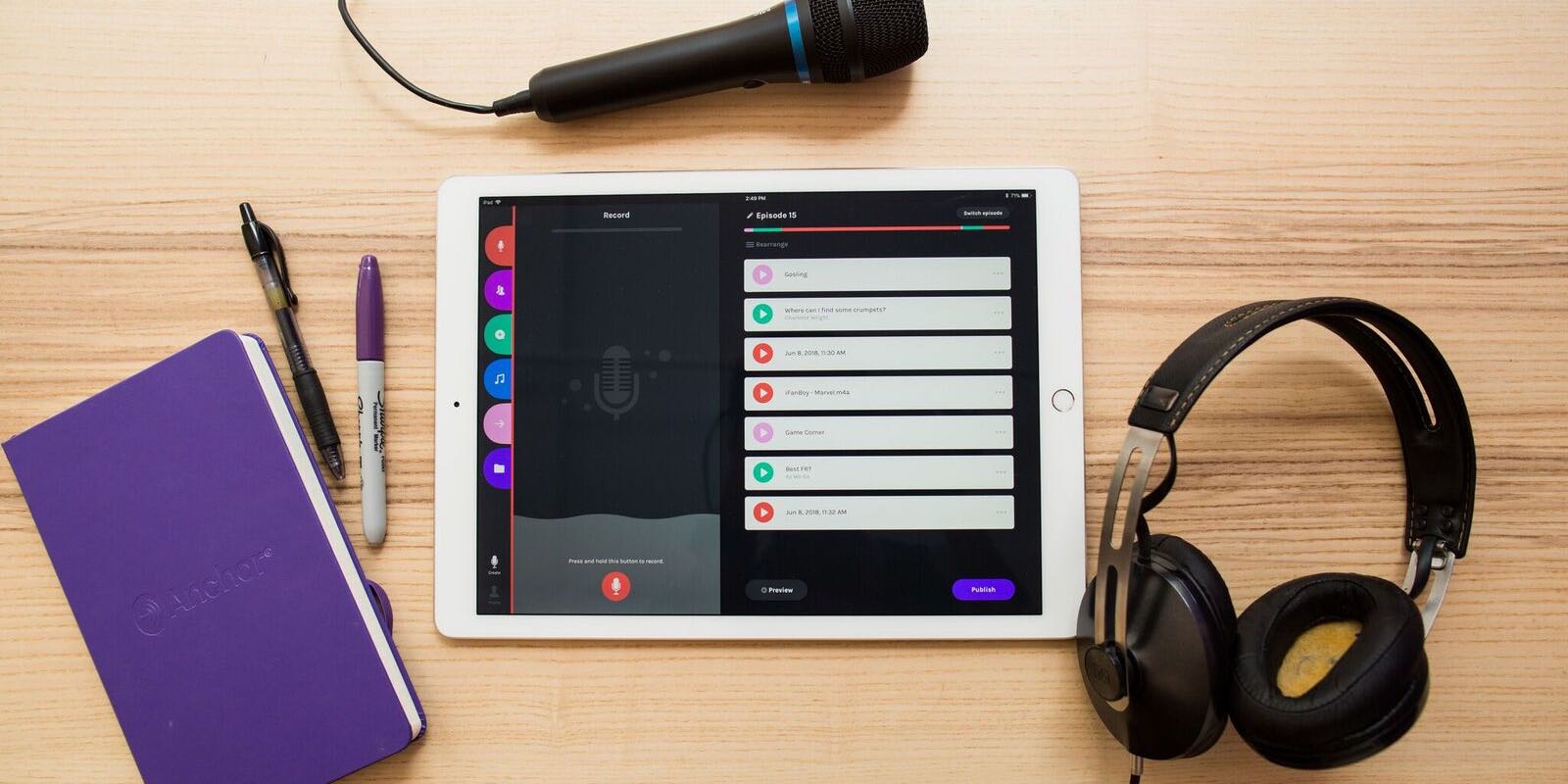 The simple podcast platform Anchor today launched an iPad version of its iOS app, which lets users record, edit and publish a podcast from inside one application. You can use the hardware mic or plug in external accessories for better quality. On iPad, Anchor app supports iOS 11 Drag and Drop features to bring audio snippets straight into the library.

The iPad version makes some nice use of the extra screen real estate, with a two-column layout of library and current project. Anchor is gaining traction as a simple all-in-one solution to publish a casual podcast. There is less flexibility than editing in an app like GarageBand or Logic Pro obviously, but the idea is it covers the essential bases. When you are done, you can publish to the Anchor network and other podcast directories including Apple Podcasts.

Rather than a typical timeline UI, Anchor uses a streamlined top-to-bottom list of clips. This new update includes some more sophisticated tools to edit the recorded show.

You can now trim selected clips; tap to enter trimming mode. It’s as simple as dragging the sliders around a waveform representation of the music, which can be smoothly zoomed with a pinch gesture. You can also split into multiple clips, enabling you to splice a transition or sound effect in between the conversation.

Instead of relying on the included library of sound effects and theme songs, Anchor lets users import music from other iOS apps that integrate with file providers. On the iPad, the app supports iOS 11’s Drag and Drop features.

Simply drag audio files out of the Files app and drop them into the Anchor timeline. If you want to save for later, drag it into the Anchor library instead and the app will save it for later use. Anchor is also a good citizen when it comes to iPad multitasking, with split view support so you can have your show notes open in another side-by-side with the Anchor app when you are recording.

For now at least, Anchor is completely free. You can download the app from the App Store. The new update with iPad support is rolling out today.