Want to leave your iPhone behind with Apple Watch? Check out these apps 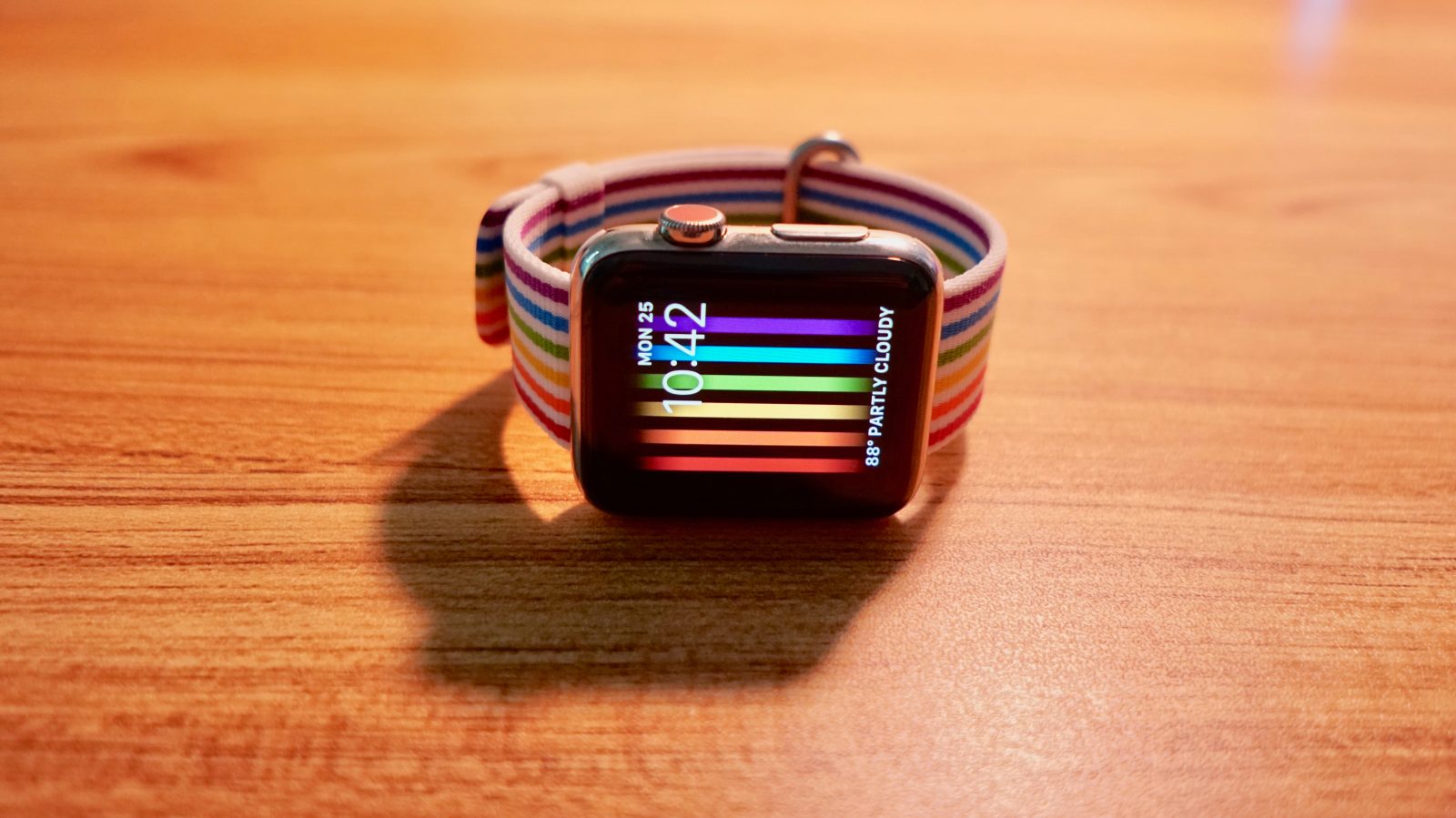 Apple Watch Series 3 with LTE lets you stay connected without your iPhone thanks to its cellular connection and the ability to make and receive phone calls, send and receive messages, and use certain apps like Mail and Music.

Leaving your iPhone behind and staying connected with Apple Watch can be great for outdoor workouts, breaking your iPhone dependency, or just trying to be more in the moment without going offline completely.

Apple Watch includes several built-in apps that are useful here, but there are a few important apps not on Apple Watch yet. Luckily there are third-party apps to help you leave your iPhone behind…

Using Apple Watch Series 3 with LTE and an active cellular connection, you can access a number of Apple services and apps without your iPhone.

Siri works just like when you’re on Wi-Fi or connected to your iPhone, Music streams Apple Music and your iCloud Music Library, and Maps gives you directions and nearby points-of-interest. You can even use Apple Pay in Wallet on Apple Watch with or without an Internet connection.

There are still a few built-in apps that Apple doesn’t offer on Apple Watch today, however, that third-party apps can replace.

1Password for Apple Watch can store lots of information that you may need to access in a pinch without your iPhone. Usernames and passwords, credit cards and bank account numbers, driver licenses and social security numbers, and even important notes can be secured behind a passcode on Apple Watch for access without iPhone. This can replace iCloud Keychain which isn’t viewable on Apple Watch.

Drafts for Apple Watch is a great Notes app alternative. You can read important text files without your iPhone for notes you’ve already created, and Drafts even lets you create new text notes with dictation or Scribble input.

These entries appear back on your iPhone and iPad when you reconnect. I’m a big Apple Notes user personally, but there’s no Apple Watch app yet and Drafts can bridge the gap.

Bear for Apple Watch is another Notes app alternative that lets you read and write notes without your iPhone. Bear uses a nice carousel browser that looks like many of Apple’s newer Apple Watch apps, and Bear has the advantage of having apps for iPhone, iPad, and Mac just like Apple Notes. 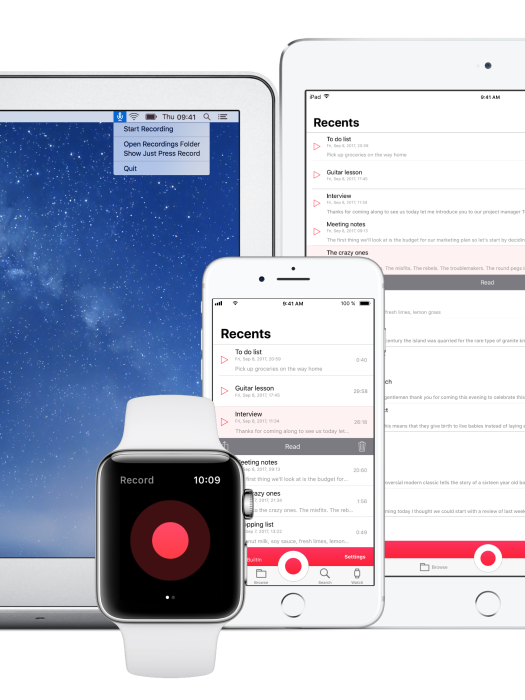 Just Press Record for Apple Watch is a super simple audio recording app that works without the iPhone. You can make your own voice notes, record others speaking, or just capture the sounds of nature from your Apple Watch.

Recent recordings can even be played back with the Apple Watch’s built-in speaker or over Bluetooth, and they sync back to iPhone when connected. Just Press Record also syncs with iCloud Drive so you can record on Apple Watch and have clips sync to iPhone and Mac (yes, there’s even a Mac app!) automatically.

The other perk is voice memos, even ones recorded on Apple Watch, use speech-to-text on iPhone to show you what you said when possible. Super useful if you rely on Voice Memos on iPhone but want to leave your phone behind. 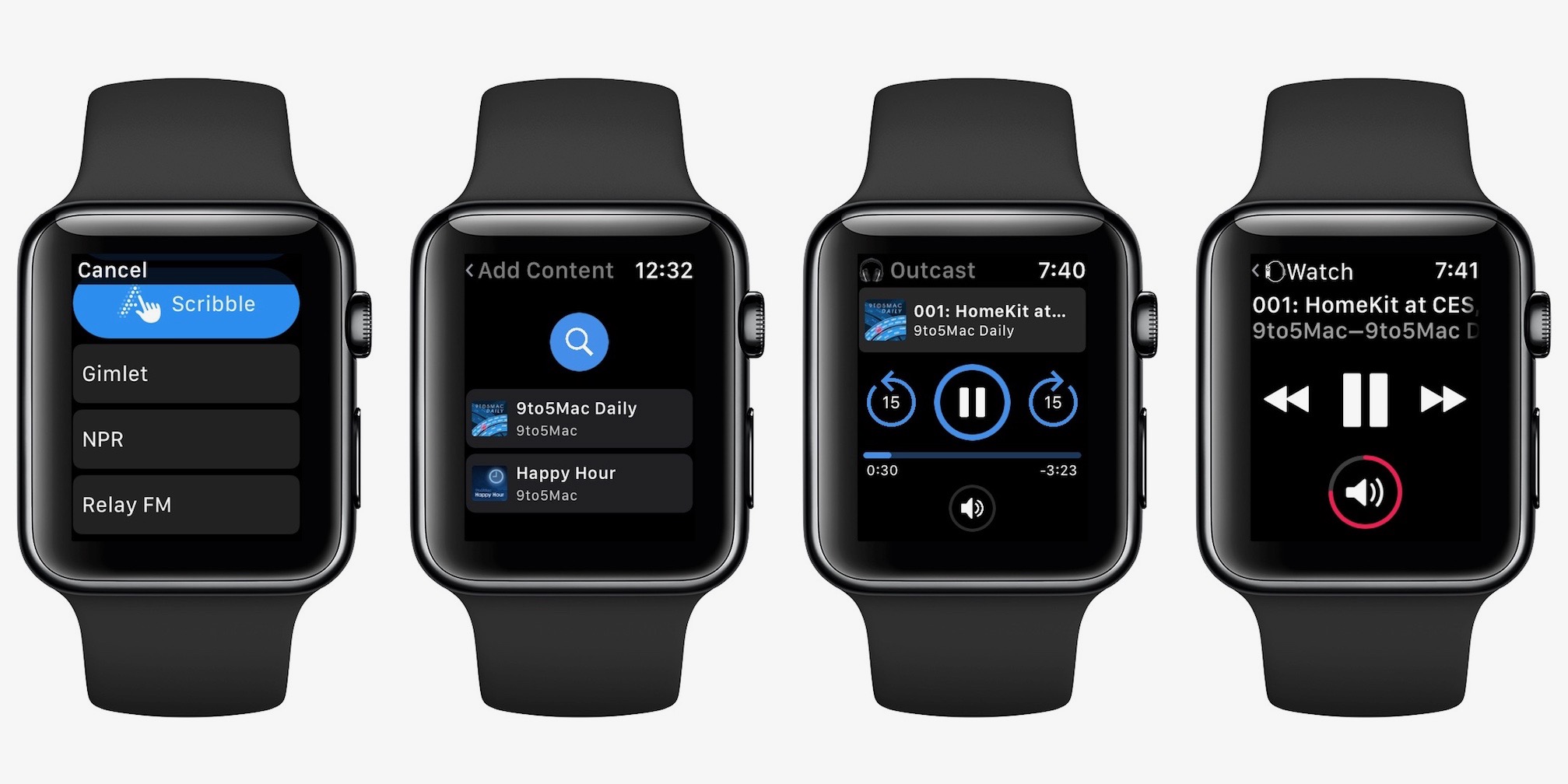 Outcast for Apple Watch (reviewed) is the best way to sync episodes of your favorite podcast for playback without iPhone. watchOS 5 will bring Apple Podcasts playback to the Apple Watch later this fall (likely in September), but for now watchOS 5 is only a developer beta and one with lots of bugs.

Outcast lets you find and download podcast episodes right on your Apple Watch — without running a developer beta over the summer — and new features are continuing to be added regularly.

A couple of honorable mentions: Chirp and Nano. Chirp is a full-featured Twitter app alternative for Apple Watch which is really useful since Twitter pulled their abandoned watch app. See your timeline, mentions, direct messages, tweet, and do a lot more on LTE — without your iPhone. Nano is made by the same developer and lets you check in with Reddit on your Apple Watch without your iPhone. I believe Instagram cut off their API a while ago, but I’d love to see one of these for Instagram too.

What are your favorite Apple Watch apps that help you leave your iPhone behind? Let us know in the comments!