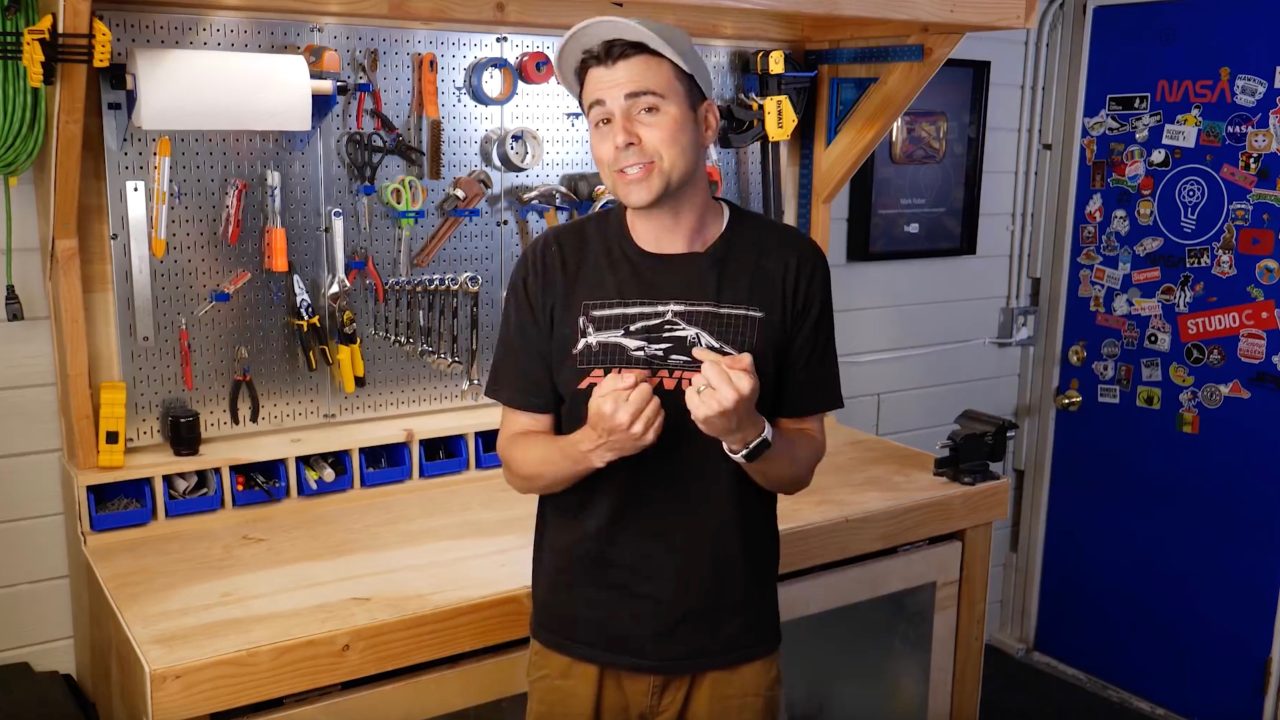 This evening, Variety reports that Apple has been working “quietly” with popular YouTuber Mark Rober in its special projects group. Rober is best known for his elaborate science videos on YouTube, and has appeared as a guest on The Tonight Show with Jimmy Fallon and Jimmy Kimmel Live.

At Apple, Rober is said to be working on virtual reality projects, with an extra focus on how they relate to self-driving cars.

Mark Rober, who is best known for his YouTube videos of spectacular science stunts, has been quietly working as an engineer for Apple’s secretive special projects group, Variety has learned. Rober’s work for Apple includes contributions to the company’s virtual reality projects, with a focus on using VR as on-board entertainment for self-driving cars.

The report is overall somewhat vague as to the extent of Rober’s involvement at Apple, but Variety does point to two different patents filed by Apple that list Rober as a primary inventor.  One patent, filed in March, relates to an “immersive virtual display,” while another is for an “augmented virtual display.”

Essentially, both focus on virtual reality systems that “could be used by passengers of self-driving cars, who ostensibly weren’t needed to observe traffic anymore.”

One of the patents dives into how virtual reality could be used for entertainment purposes while in a car:

As another example, the passenger may experience riding on a flatbed truck with a band playing a gig on the flatbed, with the band’s music provide (sic) through the audio system.”

Of course, these virtual reality applications have practicality outside of self-driving cars as well. This story, however, is just the latest twist in Apple’s ongoing self-driving car saga. Most recently, it was reported that had inked a deal with Volkswagen to convert T6 Transport vans into self-driving shuttles.