Instagram now allows you to add music to your Stories 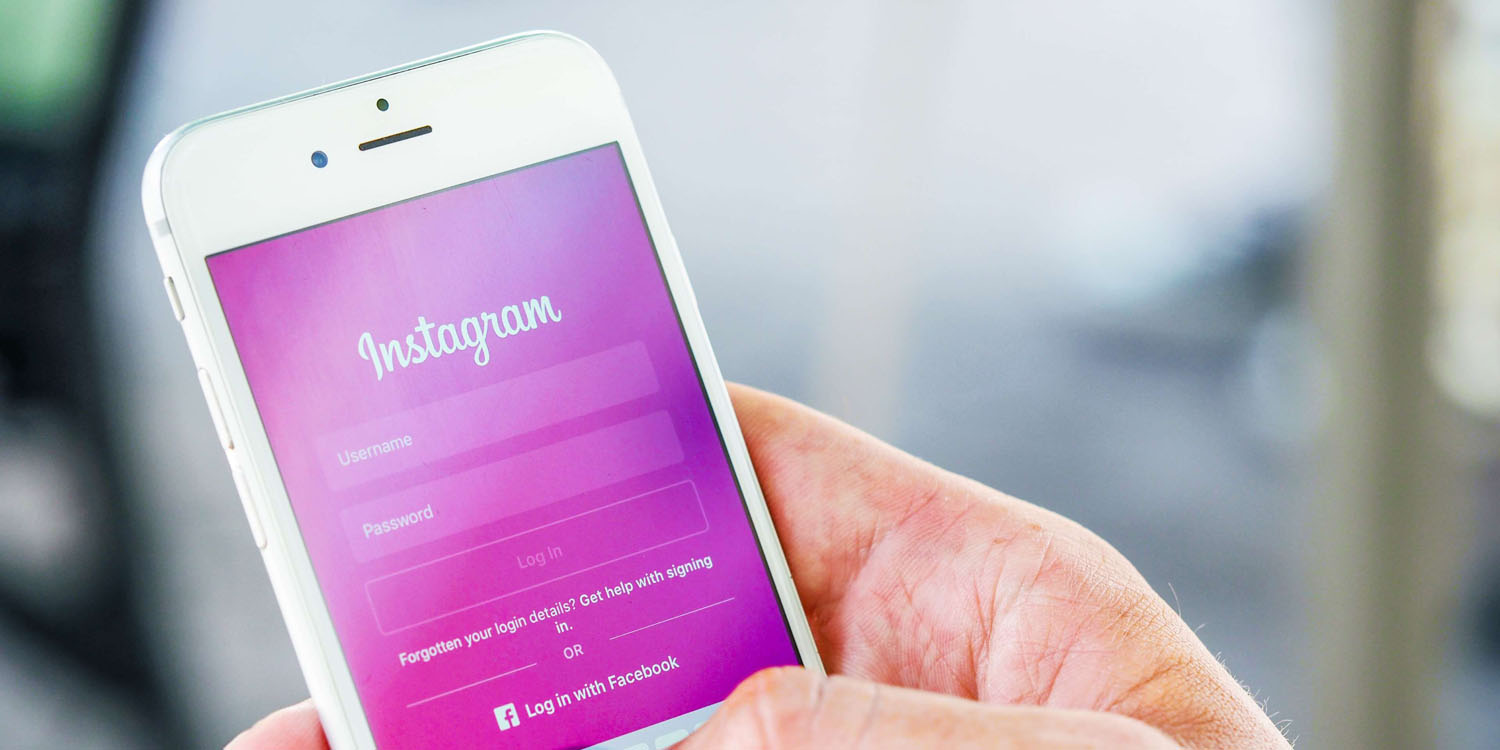 Unlike with YouTube, Instagram users have been playing copyrighted music in the background of their Stories without the fear of any negative consequences. But this was done by just playing a song out of the phone while capturing a photo or video. Starting today, Instagram is adding an official feature for adding music to Stories.

Announced via Instagram’s blog, the social network is adding a music sticker and a music mode option to Stories. With these, you can either add music before or after you capture a Story.

When the feature reaches users, they will find a new Music mode that can be found under the in-app camera shutter button. Here, they can find a song, scroll through it find the desired section of the song that they wish to use, and then capture something for their Story.

Music can also be added after the fact by using a new sticker. Once selected, users again can search through Instagram’s catalog of “thousands of songs” which includes most of today’s popular hits and add a section of the song to the photo or video.

Whichever way a user chooses to go, a sticker for the song playing will be added to the Story. This will allow viewers to see the song title and artist name.

The update will be rolling out to iOS users today with the new music feature “coming soon” for Android. Additionally, the feature is currently only in select countries. 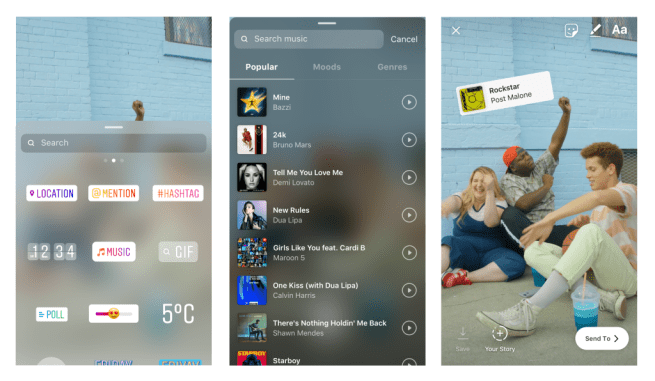 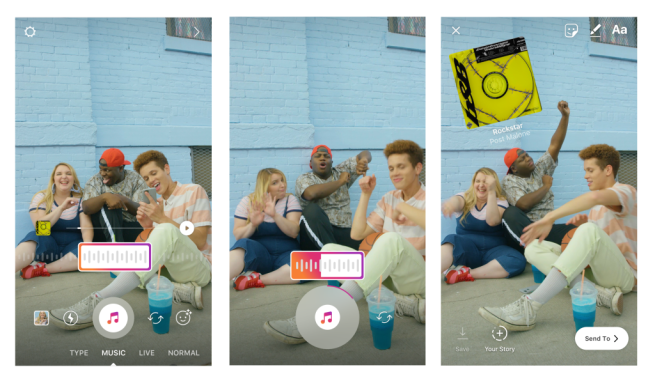