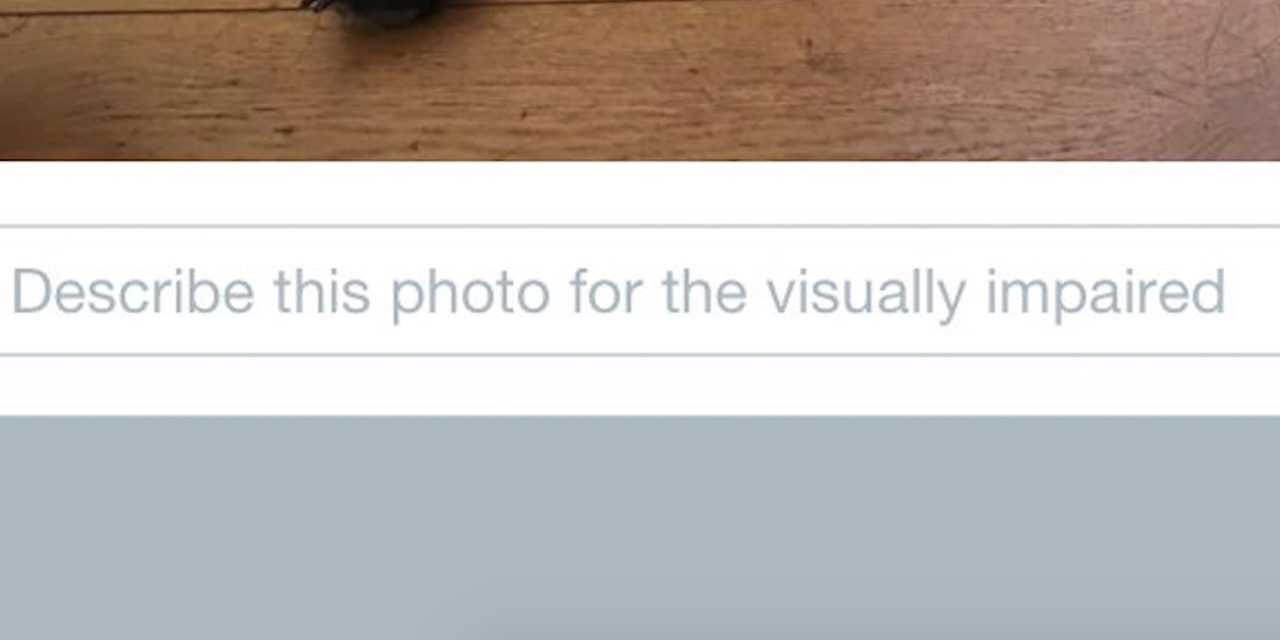 TweetDeck today is rolling out a notable update that it says empowers people to “make their tweets accessible to the widest possible audience.” With today’s update, users can now add descriptions, or alternative text, to images they share in tweets…

TweetDeck explains that this feature is incredibly useful for people who are visually impaired as they will have access to the image descriptions via assistive technology like screen readers and braille displays.

People who are visually impaired will have access to the description via their assistive technology (e.g., screen readers and braille displays).

The process is simple as users just have to add a few words to describe their picture once they upload it, as seen in the image above.

TweetDeck notes that in order to add image descriptions, users must first enable the feature in their Twitter settings. Instructions on how to do that can be found on Twitter’s website right here.