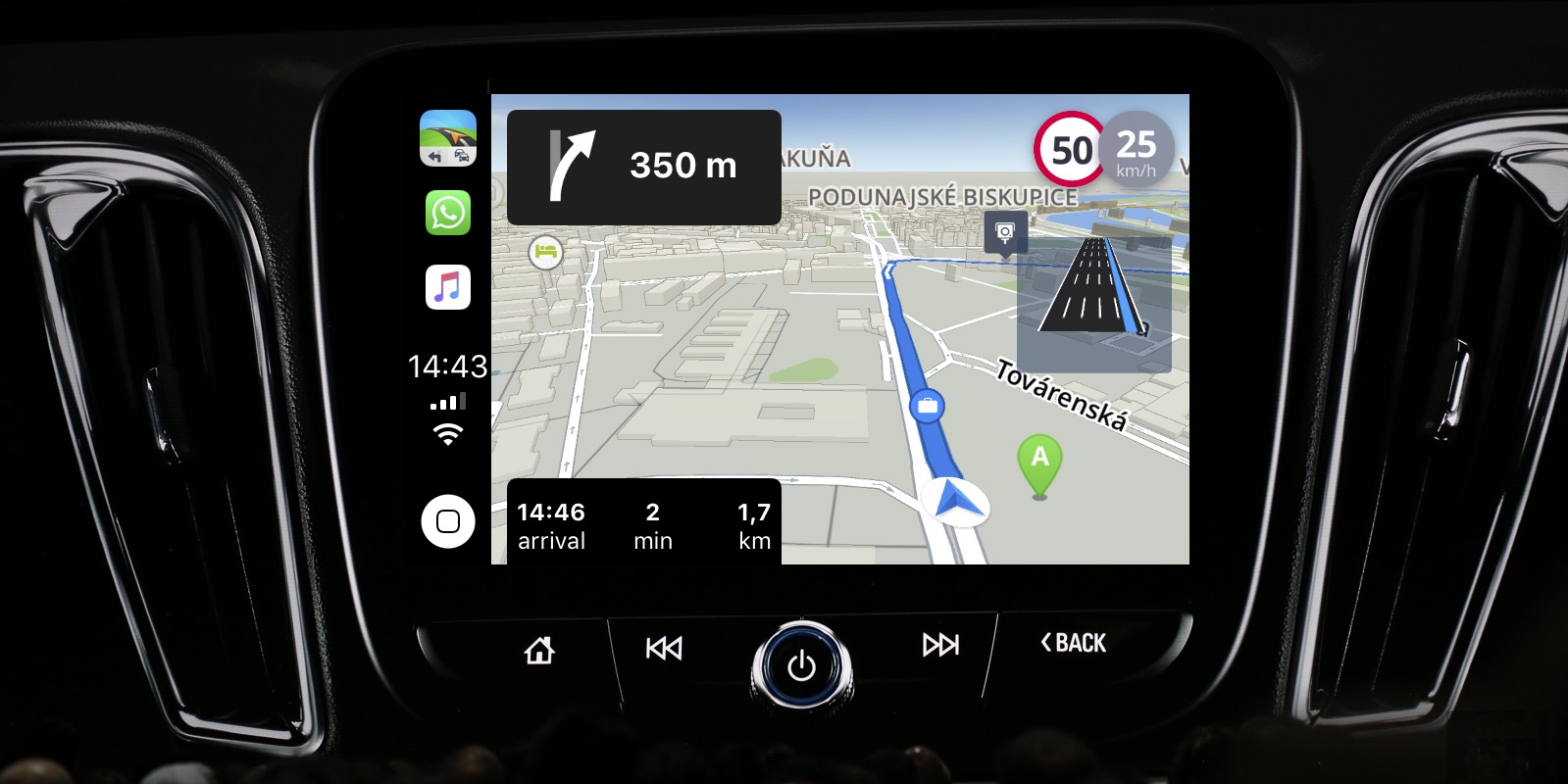 At WWDC, Apple announced support for navigation apps integration into CarPlay with iOS 12, opening the floodgates for third-party maps apps in CarPlay for the first time. Sygic is a relatively-popular maps app for iOS, that focuses on downloadable maps for offline use as its central feature. It has announced that it will be bringing its offline maps to CarPlay.

On the WWDC slide, Apple showed Waze and Google Maps icons in the CarPlay interface, but beta testers are unable to try out these features until the app updates roll out in the fall. It isn’t yet clear if these companies intend to ship their CarPlay support day-in-date alongside iOS 12’s launch, but hopefully avid customers aren’t kept waiting.

In a blog post, Sygic showed off one screenshot from an internal build of their iOS app which includes the new iOS 12 CarPlay integrations. You can see how Sygic’s 3D map cartography is visible beneath standard CarPlay interface elements, like the upcoming-turn alerts.

This gives a rough example of what to expect from all iOS 12 CarPlay apps. Apple is allowing developers to display arbitrary content as their base map, but must use a system-provided component library for anything else, which are superimposed on top of the base map drawing.

This means the CarPlay system manages things like on-screen toolbars or a search bar view, automatically supporting all available input methods, like voice or touch, and maintaining consistency with the rest of the CarPlay UI.

Sygic users can expect an update to their iOS app with CarPlay support later this year. 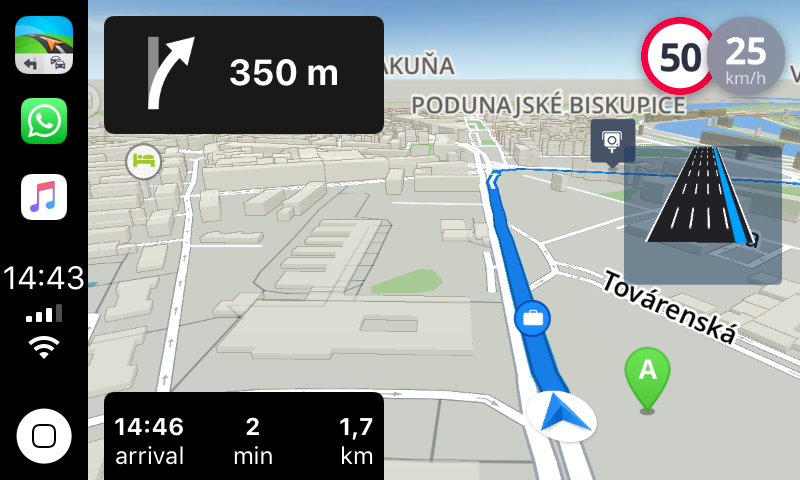