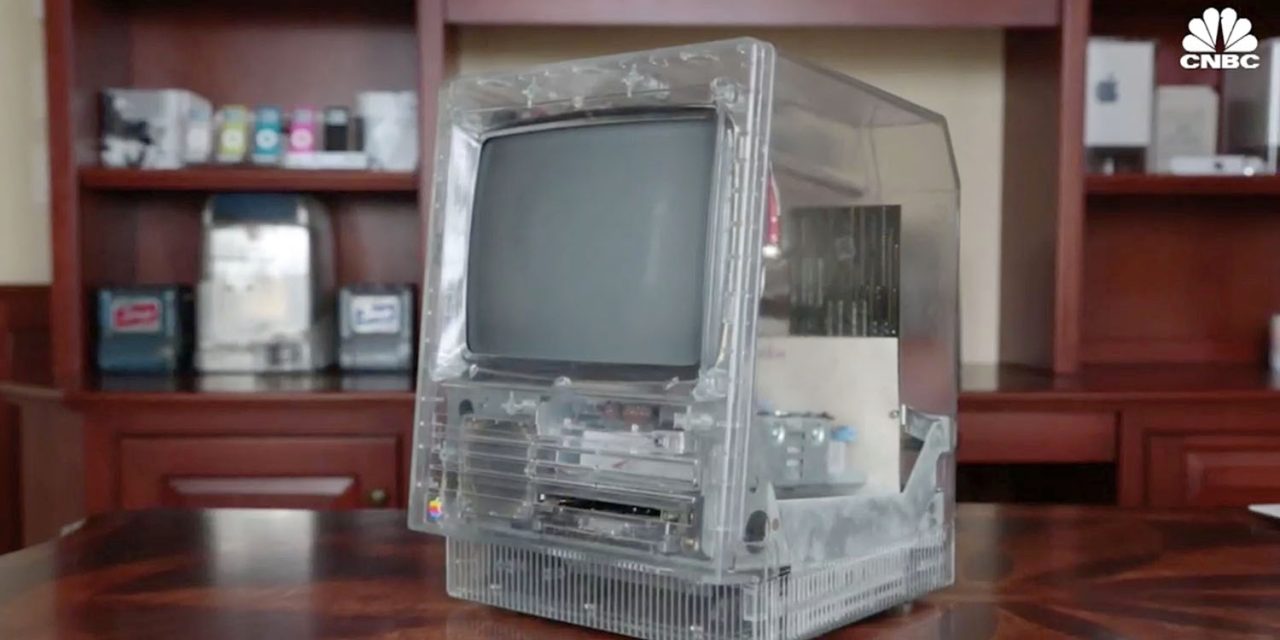 CNBC has a short but fascinating video on the world’s largest collection of Apple prototypes. Many of these are housed in a clear perspex case, including the original Macintosh, Color Macintosh, Newton and a Macintosh Portable …

Other prototypes include a Macintosh TV, 20th Anniversary Macintosh, a developer edition LISA, iPads and iPhones.

Hap Plan told CNBC that he started the collection accidentally, when he bought a prototype Macintosh without realizing what it was. He how has more than 250 devices, and sells the duplicates in order to raise money for more.

I had a listing on my eBay for a while that was a developer’s Apple LISA. I had it listed for just under $100,000. It was subsequently removed and I was told to contact one of Apple’s lawyers. They are not very keen on having individuals sell prototypes on ecommerce sites.

But Plan says it isn’t about the money, it’s about the hunt and keeping the devices safe. He wants to partner with a museum to display his collection.