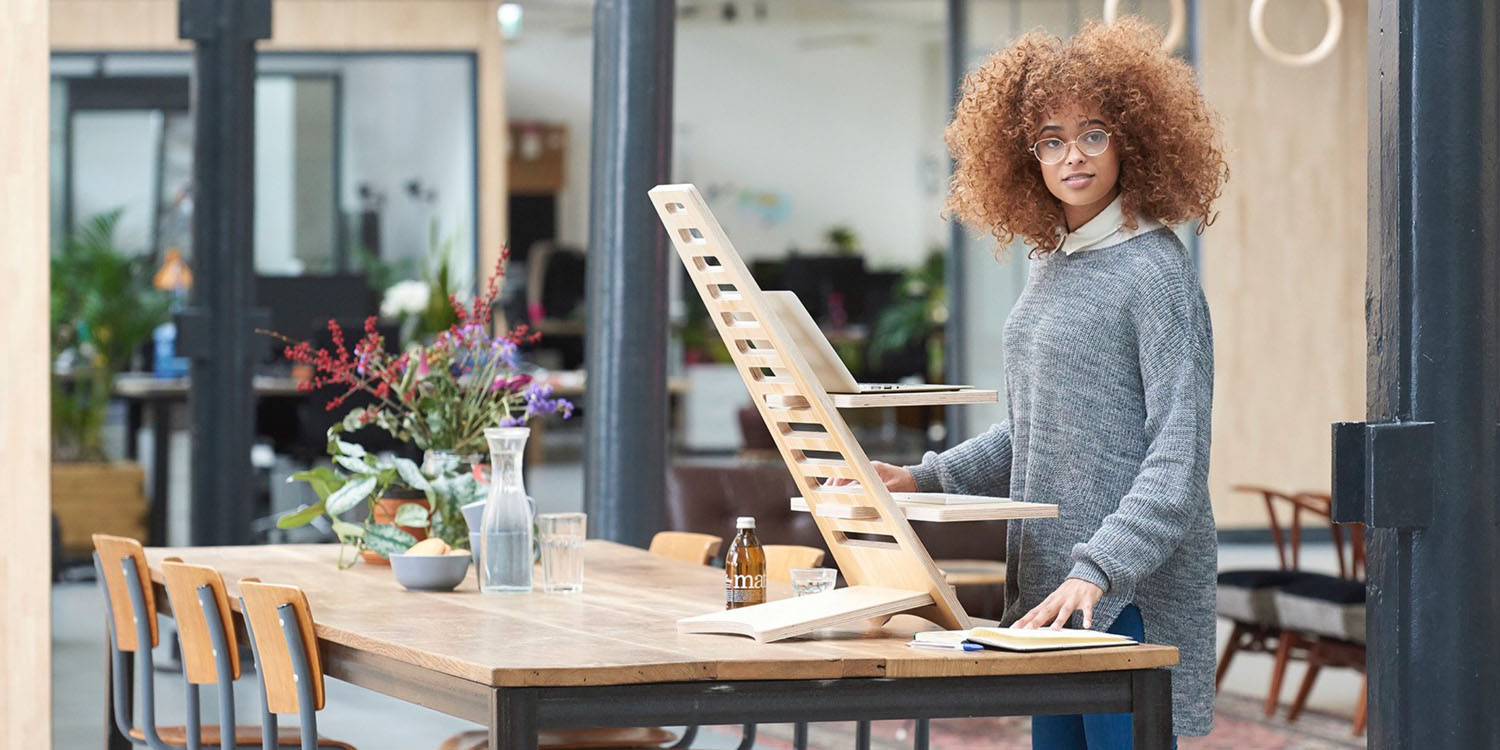 Early standing desks didn’t really get much traction. Few people wanted to be standing all day, so it was only when adjustable sit-stand desks came along that they increased in popularity.

Apple is so committed to them that it is ensuring that every employee at its new Apple Park campus has one, a discreet button moving them between sitting and standing positions.

We’ve reviewed a couple of sit-stand desks, but nice ones aren’t cheap – a problem Dutch company Upstaa set out to solve …

If you’re trying to do a sit-stand desk on a budget, there are a couple of different options open to you. The first is to buy a complete desk, with prices starting from below $200. That sounds great, but you do tend to get what you pay for. Most of us spend a long time sat at our desks, and we want something that looks and feels good.

The second option is a conversion system of some kind. But decent ones still cost a few hundred dollars – such as the one we reviewed back in 2013 – while cheap ones look cheap. Even the Amazon Basics one, which costs $179, isn’t exactly stylish.

What Upstaa provides is a simple-to-assemble stand that converts any conventional desk into a standing desk within a minute or so, looks good and costs a relatively affordable $175.

Let’s start with the bad news: if you use an iMac or an external monitor, Upstaa isn’t for you. It’s designed purely for use with a laptop. 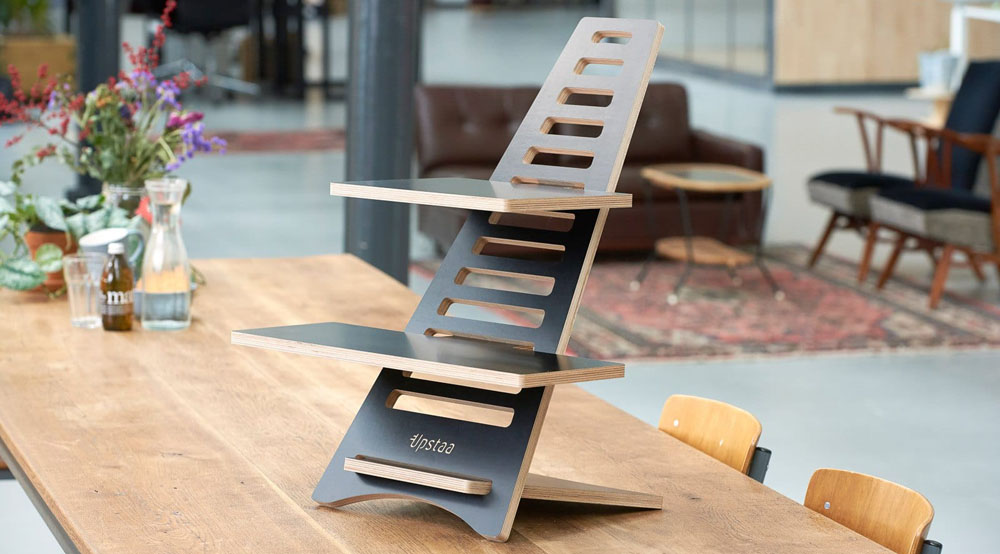 Upstaa is made from wood – birch – and comes in four pieces. When assembled, you have a kind of triangular-shaped ladder, a foot coming out from behind it, and two shelves. The top shelf is for your MacBook, the bottom one for your keyboard and trackpad or mouse.

The shelf positions are adjustable, and the idea is that you position your kit so that it’s comfortable to use from a standing position.

It’s available in either natural birch wood, or a choice of five colors: white, black, blue, red and yellow. I tried the black version, which looks really smart. The edges and interior of the slots are unpainted, and I really like the contrast between the black finish and natural wood.

Once you’ve done it once, set up takes literally less than a minute. It takes longer the first time as you figure out how it works and experiment with different heights.

Collapsing it is even quicker, and everything stores flat, so doesn’t take up much room beside a desk or in a cupboard.

The stand sits at a fixed angle, but you can choose the height for both laptop and keyboard, and you can also slide the stand forward or back on the desk. This gives a decent amount of adjustability.

For me, using it with a 15-inch MacBook Pro, I found the perfect position was the stand 2-3 inches back from the edge of the desk, keyboard on the third slot up, MacBook on the 9th slot up. If you’re around 5’9″, you may find that a good starting point.

In use, I found it comfortable. My normal desk setup uses a 27-inch monitor, so it wouldn’t work for me as a permanent setup, but as a test on the dining-room table, it worked well.

At $175, Upstaa isn’t cheap if you view it as a few pieces of wood. But compared to the competing solutions I mentioned earlier, it’s a decent value.

My biggest question mark is the practicality of using this type of setup unless you have enough desk space to simply set it aside when not using it. Although you can assemble and disassemble it in less than a minute, that’s still a bit of a barrier to switching back-and-forth between sitting and standing positions several times a day.

As a monitor user, it’s no use to me. I’m currently investigating the feasibility of a sit/stand conversion of my bespoke desk, made more complicated by the rear undershelf which holds all my power bricks, external drives and so on. But for those who just use a laptop on its own, and have room to set it to one side when sitting, it’s a simple, attractive and relatively affordable option.

Upstaa is available from the company’s own website for $175, plus shipping. Standard and XL versions, and all colors, cost the same.