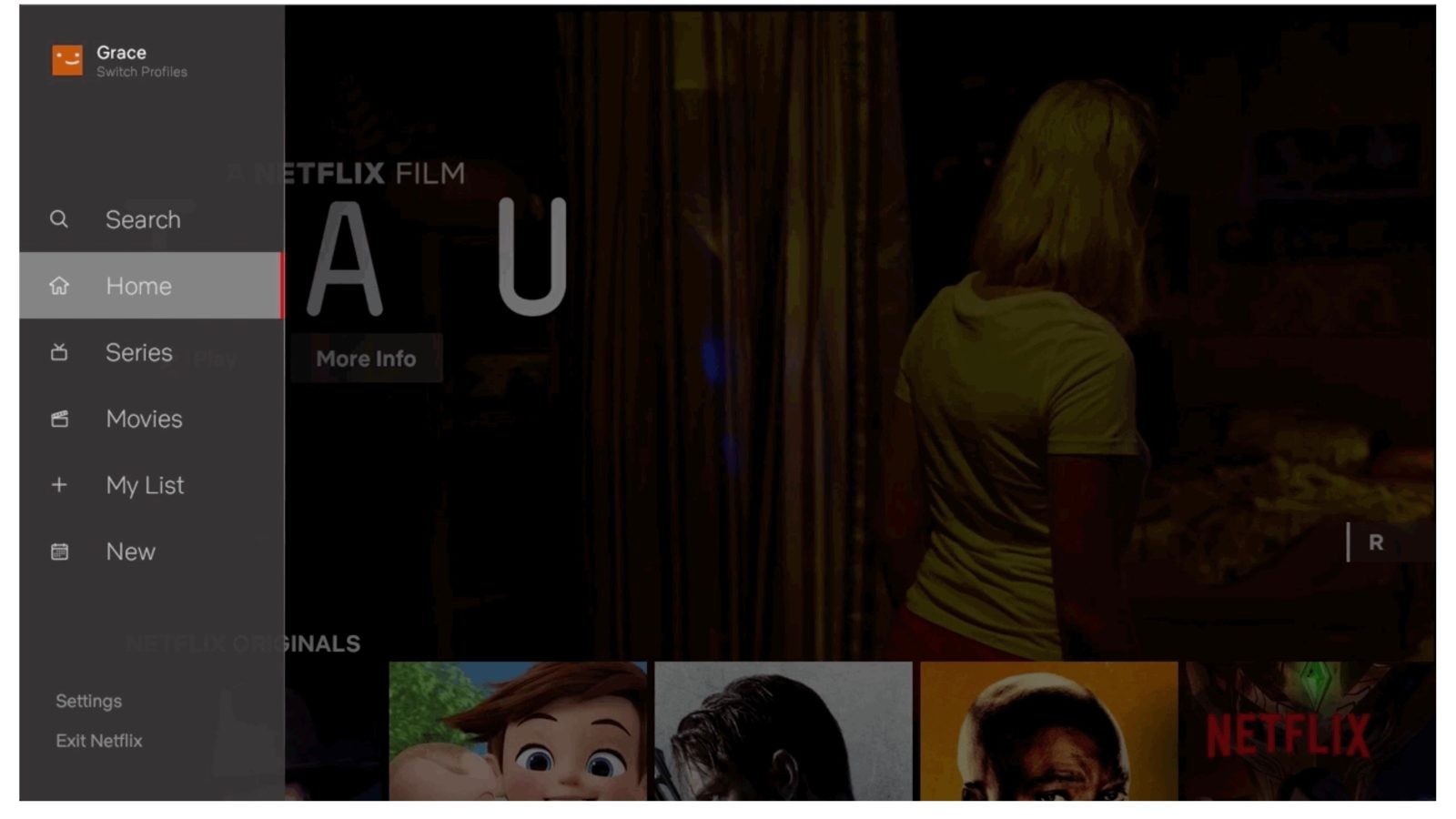 Netflix today announced an upcoming overhaul for its TV applications. In a blog post, the company explains that it hopes the new design will make it easier for users to discover content to watch, while the time spent browsing…

The streaming giant says that one of the primary goals of the new design is to make it easier for users to switch between series content and movies. This is encapsulated in a new slide-out navigation pane, which offers options for search, home, series, movies, list, and new.

The new TV interface was designed to make the Netflix experience simpler and more intuitive in a few different ways. First, it is now easier to search and view new content added to the service.

It is also far simpler to start browsing with either a series or movie; our research has shown us that while a member generally isn’t sure what exact title they want to watch, they have a pretty good sense of whether they are in the mood for a quick series episode or a longer movie experience.

Elsewhere, Netflix says the new design will make it easier to find new content and navigate to your personal list of saved content. It touts that its testing of the new interface “helped members find something great to watch.”

Other than the new side navigation bar, the Netflix interface is largely unchanged and is still tile-based with autoplaying trailers and a vertical scrolling design.

One important thing to note here is that Netflix did not specify to which platforms the new interface will be coming. While the company generally keeps the interface of its TV applications the same across various platforms, it didn’t specifically mention Apple TV (or any other platform) in today’s blog post.

Instead, Netflix simply said that the update will start rolling out to “members all over the world today.” As of this writing, it doesn’t yet appear to have hit the Apple TV.