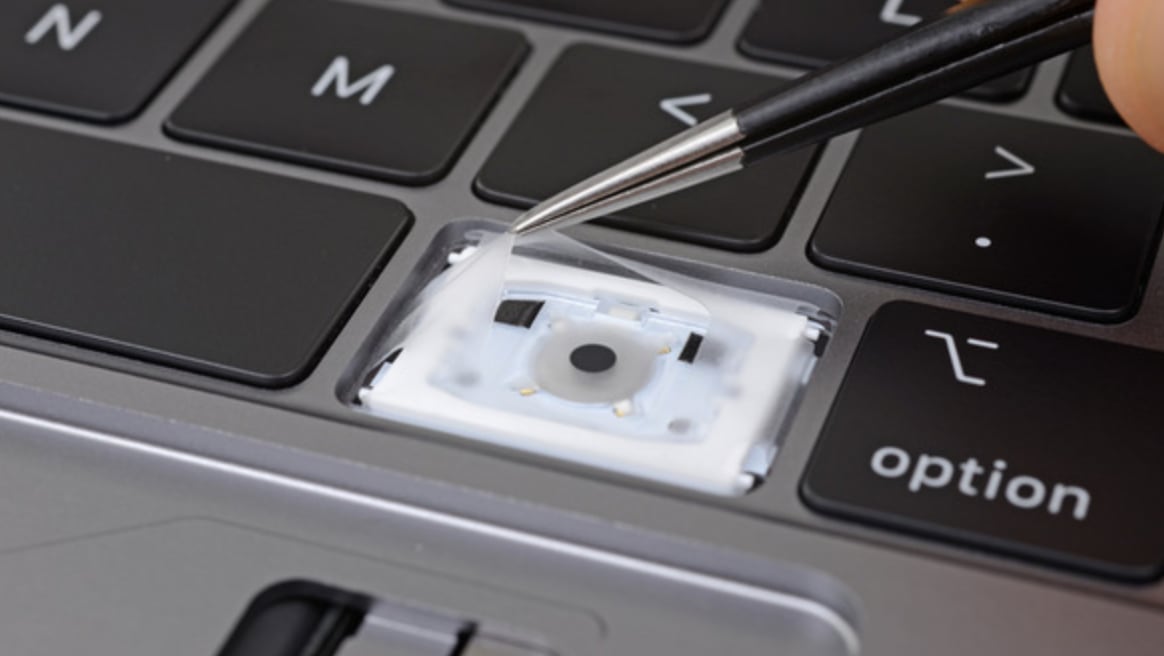 An internal Apple repair document obtained by MacGeneration appears to be the most direct evidence yet that the silicone covers found underneath each keycap in the 2018 MacBook Pro really is intended to make the keyboard more reliable, rather than ‘quieter’ as Apple marketed it.

In an article targeted at repair technicians, Apple writes ‘the keyboard has a membrane under the keycaps to prevent debris from entering the butterfly mechanism’. It also explains that spacebar design has changed and will require a new repair process.

MacGeneration shared a screenshot of the relevant passage, and privately shared the full document with 9to5Mac to confirm its legitimacy.

Apple claimed to press that the third-generation keyboard design was purely a functional change to make the laptop quieter to use, despite launching a repair program for the butterfly key laptops a couple of weeks prior.

When iFixit first discovered the silicon covers, it seemed like it had an ulterior purpose. The note in the support documentation is quite plainly an admission of the tweaked keyboard’s true purpose. 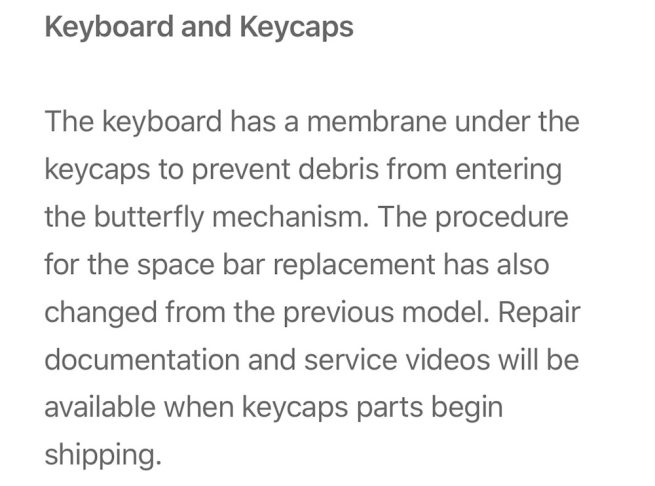 The silicon covers are not going to be perfect ingress barriers, as they still have some holes in them, but it intuitively seems like the chance of a bit of dust getting under the butterfly mechanism is greatly reduced with the silicon covers in place, which should address the reliability issues seen in the MacBook line.

Hopefully, this means 2018 MacBook Pro users will not be plagued with the sticky key problems of the 2016 and 2017 generations. It would still be nice if Apple would publicly respond to people’s questions and concerns over the keyboard reliability, but it very well could have its hands tied legally.