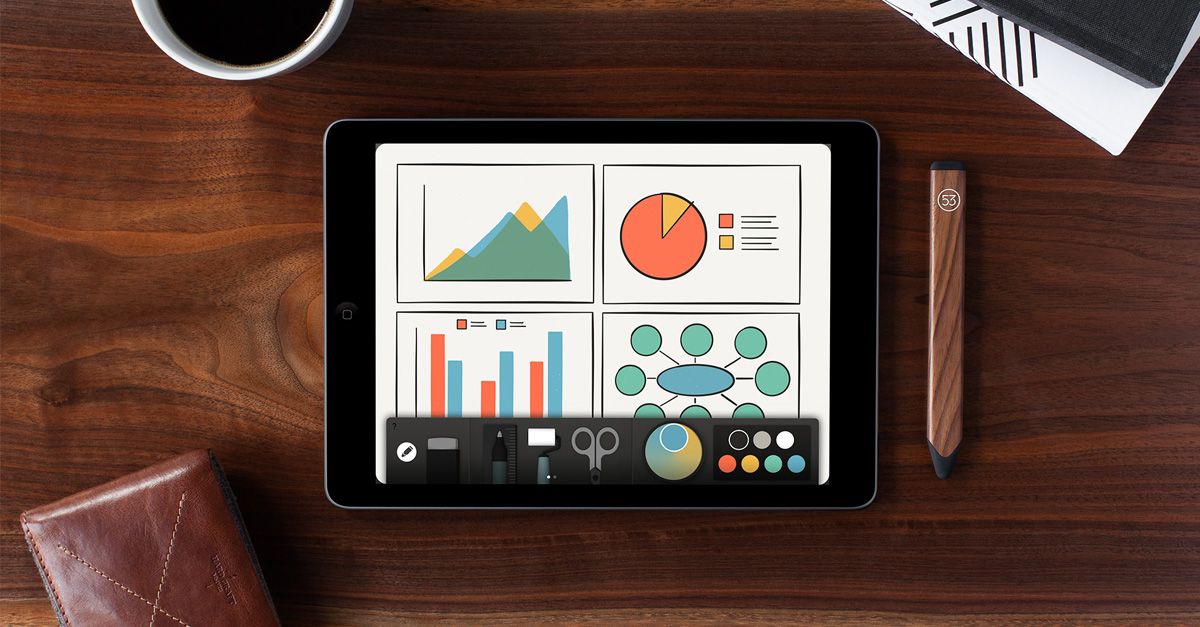 As reported by Wired, terms of the deal are sparse at this point, but WeTransfer says it has acquired FiftyThree’s “entire patent portfolio and all assets for its apps.” For the time being, it is said that FiftyThree’s executive and product teams will stay aboard.

If you’re a paying Paste or Paper customer, nothing is changing around pricing or functionality in the near term, and we’ll keep you well-informed of any upcoming changes that may impact you. We’ve got a few big ideas cooking that we think you’ll be thrilled about.

FiftyThree has been somewhat of a pioneer in terms of iPad drawing applications. Its Paper application was crowned “iPad App of the Year” by Apple and just last year received a major overhaul. In addition to Paper, FiftyThree also last year launched Paste, which allows creatives to work together and create presentations thanks to integration apps like Slack, YouTube, Google Docs, and more.

FiftyThree’s offerings aren’t limited to just applications, though. It’s also the company behind the “Pencil” stylus for iPad, having beat Apple to the punch in terms of naming. Despite newfound competition from Apple, the Pencil from FiftyThree remains a popular option among creatives.

Are you a user of any of FiftyThree’s products? If so, what do you think of this acquisition? Let us know down in the comments!