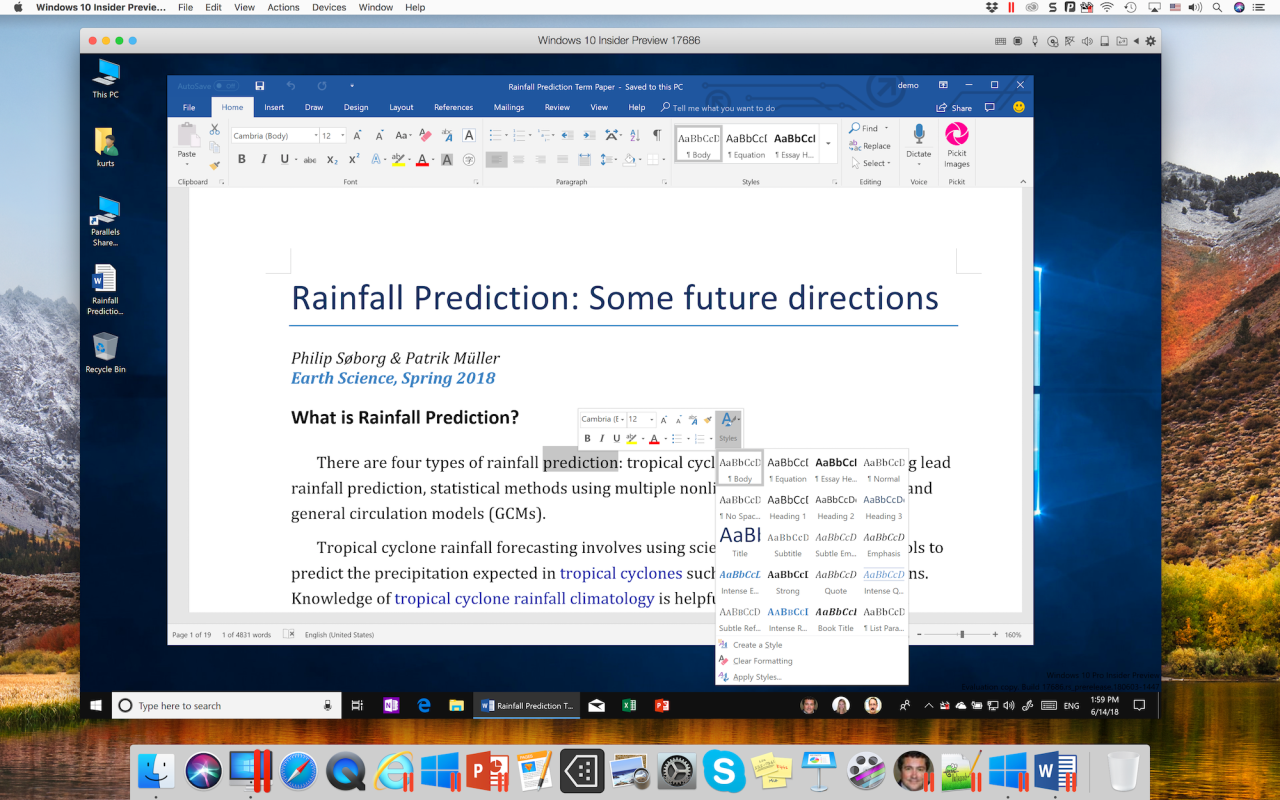 If you love running macOS, but find yourself needing to virtualize other operating systems (Windows, Linux, or even multiple copies of macOS), you’ll want to take note of this article. Parallels Desktop 14 for Mac was released a few hours ago. Since version 1 in 2006, Parallels Desktop has been a staple on many Mac users’ computers. Year after year, it’s been back with upgrades to enhance the experience for those that need to live in a dual OS world. So what’s new in version 14? Well, a lot actually…

First and foremost, it is now compatible with macOS Mojave and the latest version of Windows 10. Mojave can be run as a host and a guest OS (host OS compatibility will be final when Mojave ships). In recent years, Parallels has continued to make using Windows easier on a Mac by adding support for Microsoft Ink on the Mac and being able to use the Touch Bar on Windows applications. Dark Mode, Quick Look, and Camera continuity with iOS will also be supported when Mojave is released.

In version 14, Parallels Desktop is focusing on a few key areas: optimizing storage of your guest virtual machines, support for more Windows applications, pro features for IT departments, and simplifying everyday tasks that users do between Windows and Mac. 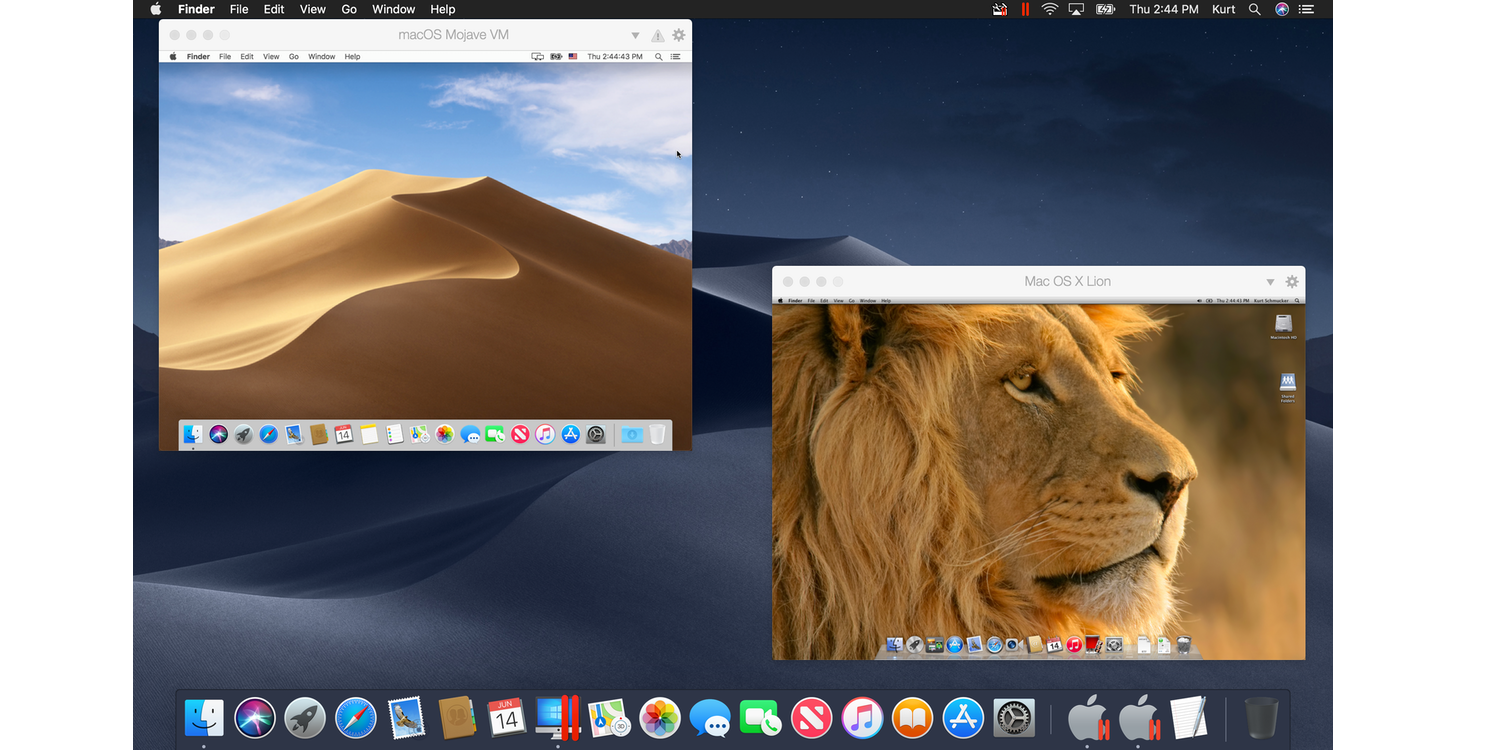 One of the features I am most excited to try is optimizing storage of the virtual machines. If you have 256 GB of storage or lower on your computer, running a couple of virtual machines can tax your free space very quickly. According to internal testing, a Windows 10 VM that was using 45.13 GB in Parallels Desktop 13 shrunk down to 17.77 GB in version 14. While your mileage may vary depending on how many different OS’ you have installed, you should expect to save something on storage. Snapshots will also use 15% less space than previously.

Next, version 14 will also now support 4K cameras in virtual machines. This feature will be great if you have to use Windows to host WebEx demos or meet with clients via Windows-only applications. I also mentioned Microsoft Ink. While it is supported it in version 13, version 14 is enhancing it even further. Microsoft has announced that pressure sensitivity is coming in Office 2019, and version 14 will support that as well. It works in all Windows applications that use pressure data from a stylus. Pressure sensitivity will also work in Photoshop and Illustrator.

While Parallels Desktop 13 supported over 200,000 Windows applications, version 14 has continued to add more. Release 14 changes the way video memory is allocated and also improved Open GL support. As a result, some applications did not work correctly in version 13, but now do in version 14.

I mentioned improved Touch Bar support was added in version 13. Version 14 brings support for even more applications. SketchUp, AutoCAD, OneNote, Quickbooks, Visual Studio, Quicken, and Revit have all been added. If your favorite application isn’t supported, you can add them using the Touch Bar Wizard or by customizing an XML document.

For IT departments who deploy Parallels, the overhauled design Licensing Portal is a great way to simplify management of your users who need to virtualize an OS. You can invite users via e-mail to set up an account. You can deploy the application using Jamf Pro, and you can replace existing virtual machines. 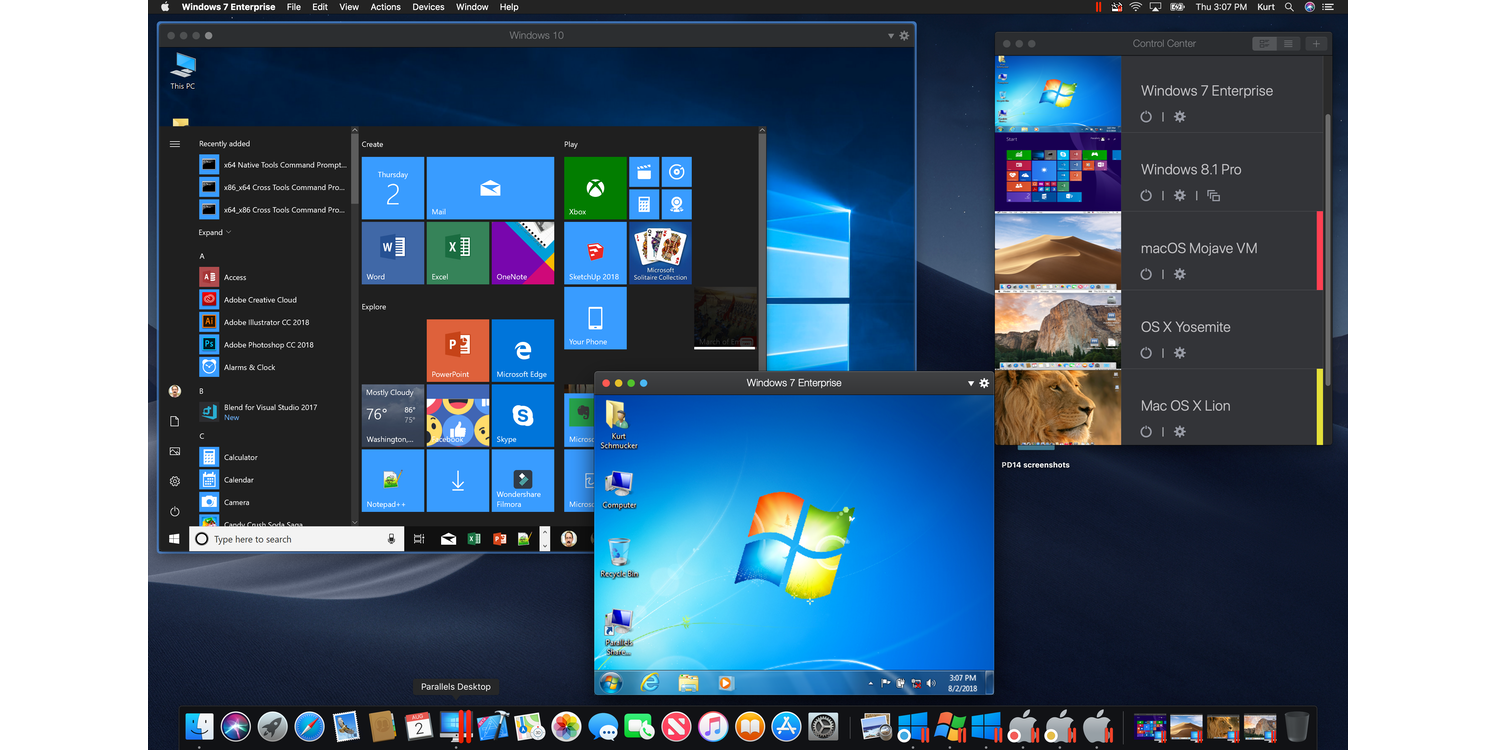 Finally, there are a host (no pun intended) of items that are new that I didn’t have time to include a full write up on. They are: better multi-monitor support, improved Windows 10 boot times, improved performance for suspending an OS, decreased memory usage, and enhanced express installation of Windows.

Version 14 is a paid upgrade if you are a perpetual license holder. If you have version 12 or 13, you can upgrade for $49.99. It’s $99.99 for a new license, but you can also sign up for a subscription if you plan on upgrading every year. The subscription for the standard edition is $79.99 per year. If you need the pro or business edition, it is $99.99 per year.

You can buy Parallels 14 by visiting their website. A free trial is available.