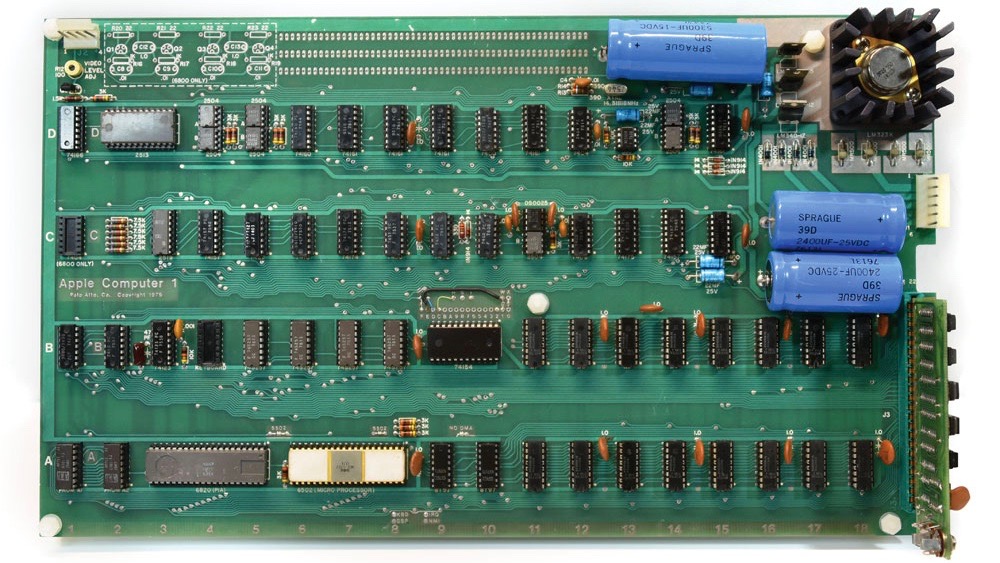 Going up for sale next month at RR Auction is a rare, fully operational Apple-1. Notably, the computer has no modifications to the physical board and was restored and evaluated by expert Corey Cohen.

The last working Apple-1 we saw was sold as part of a charity auction back in June. It was rated 7/10 (also by Cohen) as it had some modifications to the board and sold for a bit less than other working Apple-1 machines at $210,000.

This one will be offered as a part of the “Remarkable Rarities” live auction next month in Boston.

Those looking to place bids online can do so via Invaluable.

This Apple-1 computer was restored to its original, operational state in June 2018 by Apple-1 expert Corey Cohen. A comprehensive, technical condition report prepared by Cohen is available to qualified bidders; he evaluates the current condition of the unit as 8.5/10. The most remarkable aspect of this Apple-1 computer is that it is documented to be fully operational: the system was operated without fault for approximately eight hours in a comprehensive test.  Unlike many of the known Apple-1 boards, this unit has not had any modifications to the physical board, and the prototype area is clean and unused.

Here is everything included with the Apple-1: