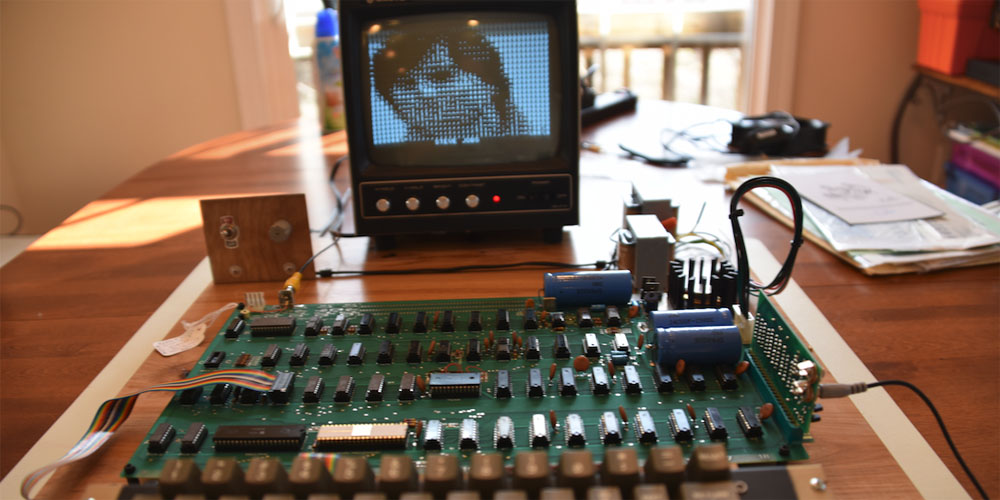 If you have deep pockets a taste for nostalgia, there’s another opportunity to bid for one of the few remaining Apple 1 computers still in working order …

Apple only made 200 hand-built Apple 1 computers, and only around 76 of them still exist. Of those, just a handful remain operational.

But a few come up for auction each year, the latest of which is the known as the ‘Duston 2,’ named after its former owner, Adam Duston. It’s being auctioned online through CharityBuzz, with at least 10% of the proceeds being donated to the Foundation of Amateur International Radio.

It was examined on March 9th, 2018, at a private residence in Virginia. The process included visual inspection of the artifact for condition, originality, and operational condition of the Apple-I system […]

The Apple-I in current form the physical board condition is a 7.0 based on modifications and originality. If this board was all original, the overall condition would be 8.5 out of 10.

The deduction reflects the fact that a single chip has had its socket replaced to restore it to working order.

Venturebeat reports that bidding starts at $70k, with an expected finishing price somewhere in the $300-600k range when the auction ends on June 21. With a limited but enthusiastic market for these devices, it can be hard to predict what they will fetch when sold. You can bid here.

Check out our Apple 1 guide for previous auctions and restorations.