Feature Request: Add an Undo button to the iPhone keyboard, like the iPad one 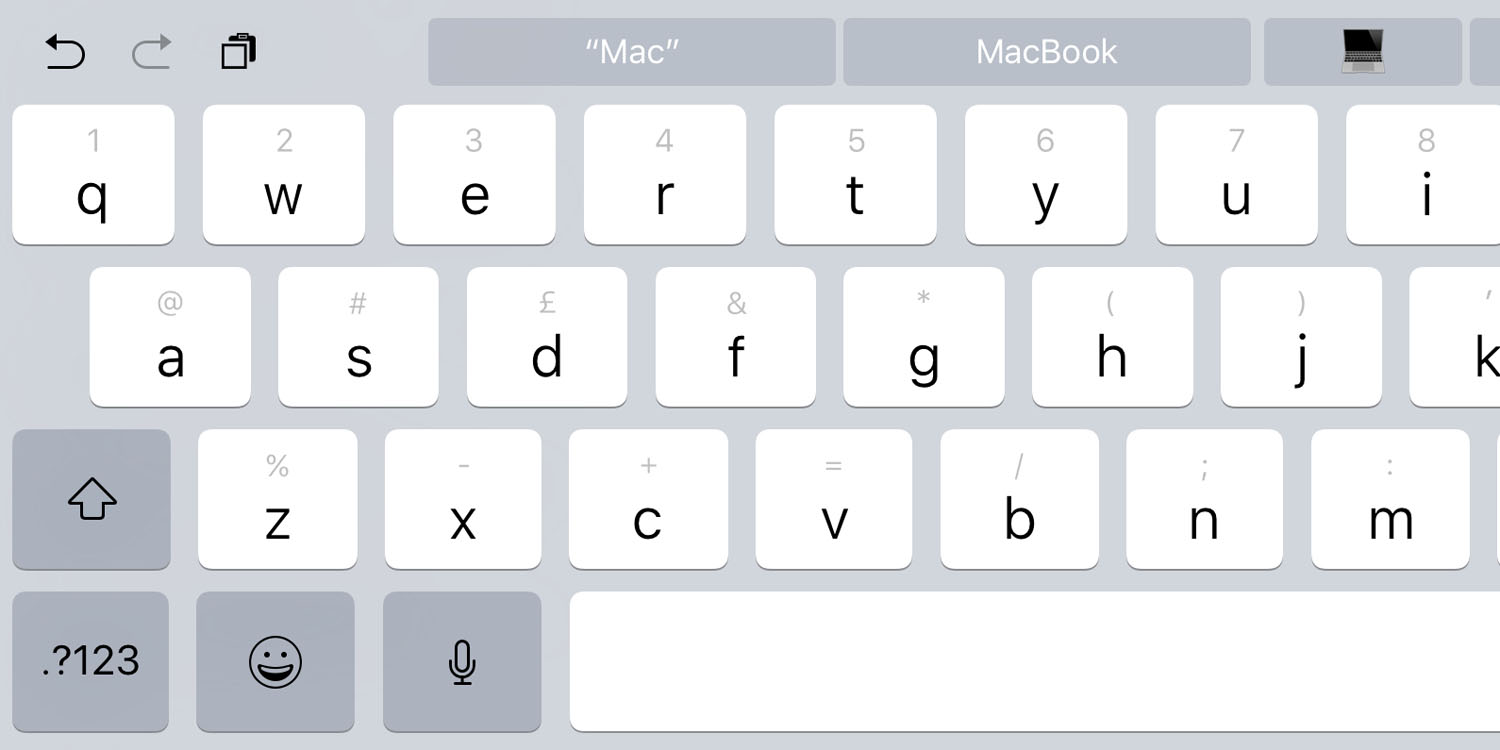 I can’t claim any credit for coming up with the idea for this feature request – it just seemed such a no-brainer to me that I’m endorsing John Gruber’s suggestion.

Shake to Undo is problematic enough that I think Apple should have figured out something better for the iPhone by now. (For accessibility reasons, you can turn Shake to Undo off, but if you do, you don’t have any Undo at all.) My best suggestion would be to take away some space from the auto-suggestion row above the keyboard and put in an Undo button on the left, just like the iPad …

Apple had a problem with early iPhones. The screen – and therefore the keyboard – was tiny, so there was very little space to play with. It wasn’t really practical to use some of that extremely valuable real estate for an Undo button.

The company came up with an innovative solution to this: shake-to-undo. Gruber says that the way he heard it, the idea actually began as a joke.

Here’s an anecdote I heard years ago about how Shake to Undo came to be. Scott Forstall charged the iOS team with devising an interface for Undo — everyone knew the iPhone should have it, but no one had a good idea how to do it. One engineer joked that they could just make you shake the iPhone to invoke it. Forstall said he loved the idea, and what was proposed as a joke has been with us as the Undo interface ever since.

The benefit of shake-to-undo is that it’s system-wide, so can be used in any app. The main drawback is that hardly anyone outside the tech world even knows that it exists – and I suspect that even many Apple fans may have forgotten all about it. I must say that I had.

Additionally, as Gruber adds, it can also be a little risky with today’s larger phones. Sending your phone flying across the room and breaking on the floor would be one way to undo something, but not the ideal way.

Gruber’s suggestion strikes me as one with no downside. There’s plenty of room on today’s iPhone screens for the tiny space needed for the Undo icon.

Just out of curiosity, I’m including a poll on shake-to-undo.