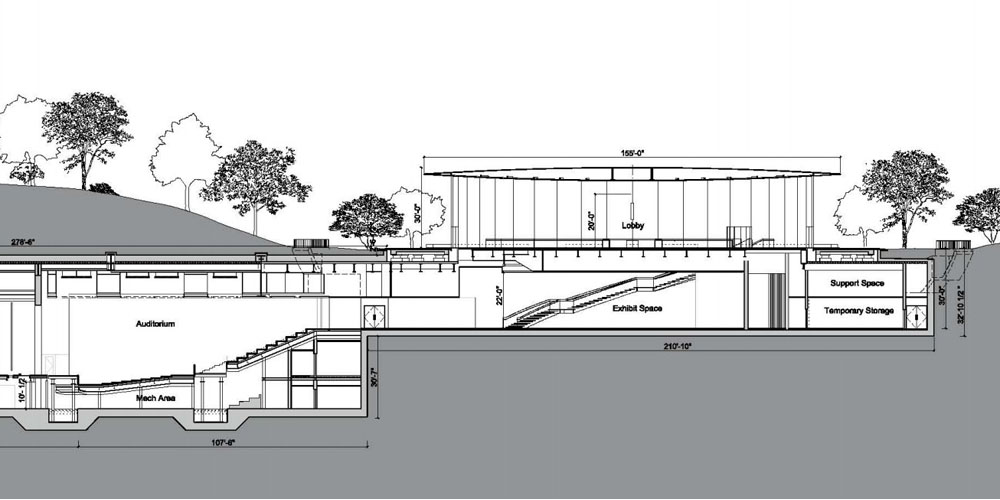 The patent is for the appearance of the above-ground glass building, rather than for any of the technology used within the theater.

The design is a deceptively simple one: a circular glass wall without support columns, topped by a carbon-fiber roof.

The 1,000-seat auditorium was named by Apple back in February of last year.

The theater reportedly accounted for at least $180M of the $5B total cost of the Apple Park campus.

The first event to be held at the theater was the announcement of the iPhone X and iPhone 8/Plus in September of last year.

The patented entrance sits above an exhibit space, used for post-launch hands-on time, while the auditorium itself sits beneath a hill to one side.