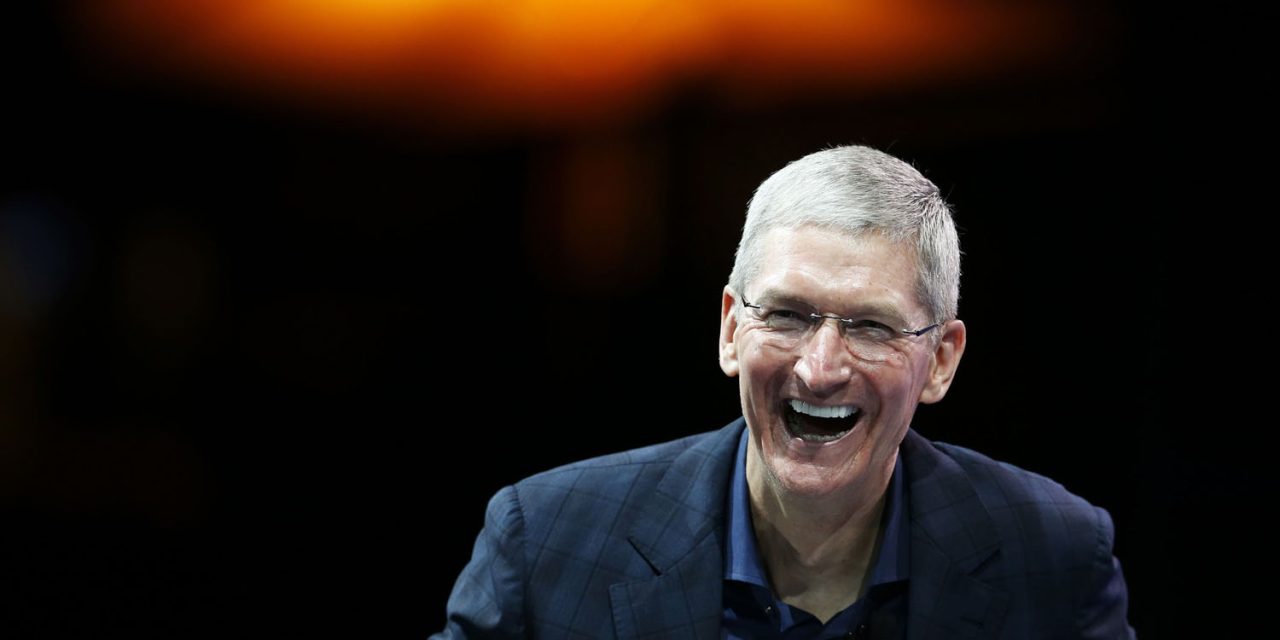 Executive compensation firm Equilar did the sums on Cook’s total income during his seven years as the company’s CEO, and calculated that he’s collected $701M since 2011.

Business Insider reports that most of that total was in the form of stock.

That includes the 7M shares he received on being appointed to the role, stock which has almost quadrupled in value since then.

Equilar says that puts Cook in second place behind Facebook CEO Mark Zuckerberg – though rather a long way behind!

“The only other CEO who has realized more value in the same time period is Mark Zuckerberg, who exercised 1.2 million options over two years,” said senior research analyst Alex Knowlton. The Facebook CEO’s options had a strike price of $0.06, making his options over the same time worth almost $5.8 billion.

Cook recently gave away stock worth almost $5M to an unspecified charity, and said back in 2015 that he plans to give away almost all his wealth during his lifetime.