Skype removes its Snapchat-like ‘Highlights’ feature amid focus on ‘simplicity’ 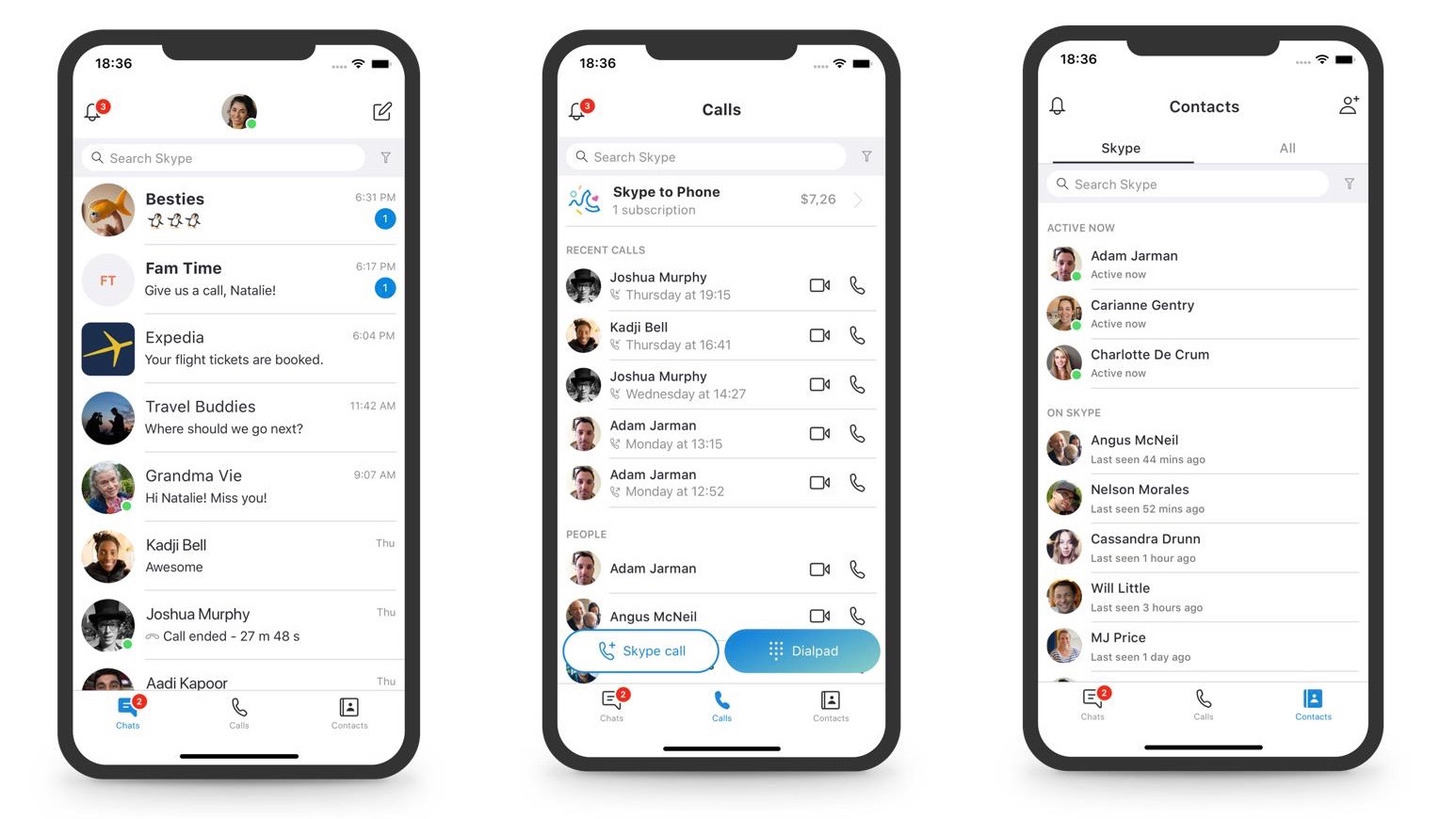 Just over a year ago, Microsoft updated its Skype app for iOS with a new ‘Highlights’ feature that was a clear copy of Snapchat and Instagram Stories. Now, in a push towards ‘simplicity and familiarity,’ Microsoft has removed its Highlights feature and made a few other changes to the Skype interface.

As detailed in a blog post, Skype for iOS will no longer offer users the ability to create Snapchat-style Highlights. The reason for this, according to Microsoft, is that the feature “didn’t resonate with a majority of users.”

Instead, Microsoft says it is taking a step back and focusing on improving calling and other core Skype features. Users will have until September 30th, 2018 to download any Highlights saved in the app.

This past year we explored some design changes and heard from customers that we overcomplicated some of our core scenarios. Calling became harder to execute and Highlights didn’t resonate with a majority of users. We needed to take a step back and simplify!

In addition to removing ancillary features like Highlights, Skype for iOS is also gaining a “simplified navigation” system. This new interface makes it easier to make a call – whether it be audio or video – by “removing redundant and underused features that create clutter.”

Meanwhile, on the desktop side of things, Skype is taking a similar approach by focusing on simplicity.

For the desktop, we’re connecting to the Skype legacy while producing a navigation model that is familiar to our mobile experience. We moved buttons for Chats, Calls, Contacts, and Notifications to the top left of the window, making it easy for long-time Skype users to understand.

Skype on the desktop has also received some interface tweaks, including a new “Skype ‘Classic’ blue theme.”

We toned down the visual range of the gradients and reintroduced a simplified Skype “Classic” blue theme—adjusted for contrast and readability. We also reduced some of the more decorative elements—such as notifications with a squiggle shape cut out—which weren’t core to getting things done.

More details can be found in the Skype blog post right here.