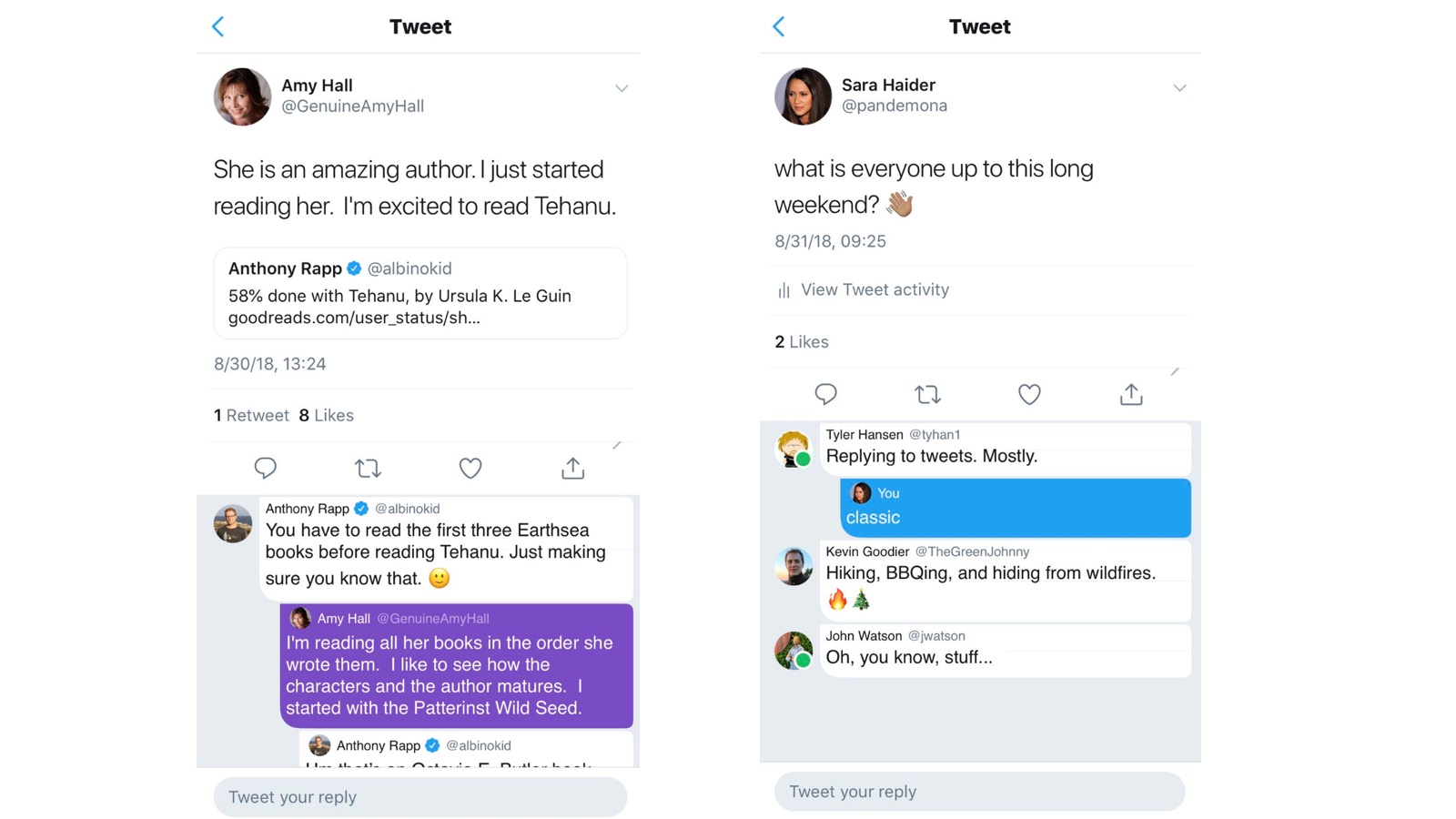 After deploying major API changes to kill popular third-party app features last month, Twitter is turning its attention to new features for its native applications. Jack Dorsey wrote in a tweet this week that Twitter is testing two new features: presence and threading.

First, presence is a feature that Dorsey says would allow users to see who else is online at any given moment. Think of the status indicators on Facebook Messenger, which show a green dot when a user is actively available.

Meanwhile, threading gives a new look to Twitter’s reply system. Currently in the Twitter application, you can see all main replies to a tweet, and subsequently tap through to view individual threads and replies. With this new reply threading feature, however, replies appear with more of a messaging-style interface.

Twitter’s head of product Sara Haider was first to showcase the new features. As TechCrunch notes, however, many people were quick to question the safety of the presence feature. One user wrote:

Not a fan of presence in this kind of space so would prefer opt-in if it happens. The reply threading looks promising and could be a big improvement as long as there’s still a way to read a thread without interruption.

Haider responded to those concerns, saying that Twitter “would definitely want you to have full control over sharing your presence.” This seemingly implies the feature would be opt-in (or at least offer the ability to easily opt-out).

Personally, I’m not a huge fan of either of these features. The reply threading feature isn’t necessarily awful, but it looks a bit cluttered and dated in its current form. At this point, it’s unclear when or if these features will roll out to everyone. What do you think of presence and reply threading on Twitter? Let us know down in the comments!