Lexar has today unveiled it new lineup of USB 3.0 flash drives that feature fingerprint readers. With fast speeds and a focus on convenient security, the new Lexar JumpDrive Fingerprint F35 series looks like it could be popular for both business and personal use.

Announced in a press release today, Lexar is expanding its lineup with four sizes of the new JumpDrive Fingerprint F35 series. Ranging from 32GB to 256GB capacities, the Fingerprint F35 drives feature USB 3.0 with speeds up to 150 MB/s.

“The F35 combines reliable and secure data storage with biometric technology to prevent unauthorized access to your files – adding an extra layer of security for your drive by using fingerprint authentication. It is ideal for business professionals and photographers who require high-privacy protection to meet their needs,” said Joel Boquiren, Director of Global Marketing.

As for the main feature, the fingerprint reader can be used with up to ten different fingerprints which will unlock the drive in under one second. It uses 256-bit AES encryption and Lexar touts plug-and-play use. The new Fingerprint F35 flash drives come with a three-year warranty and are compatible with Mac and PC. 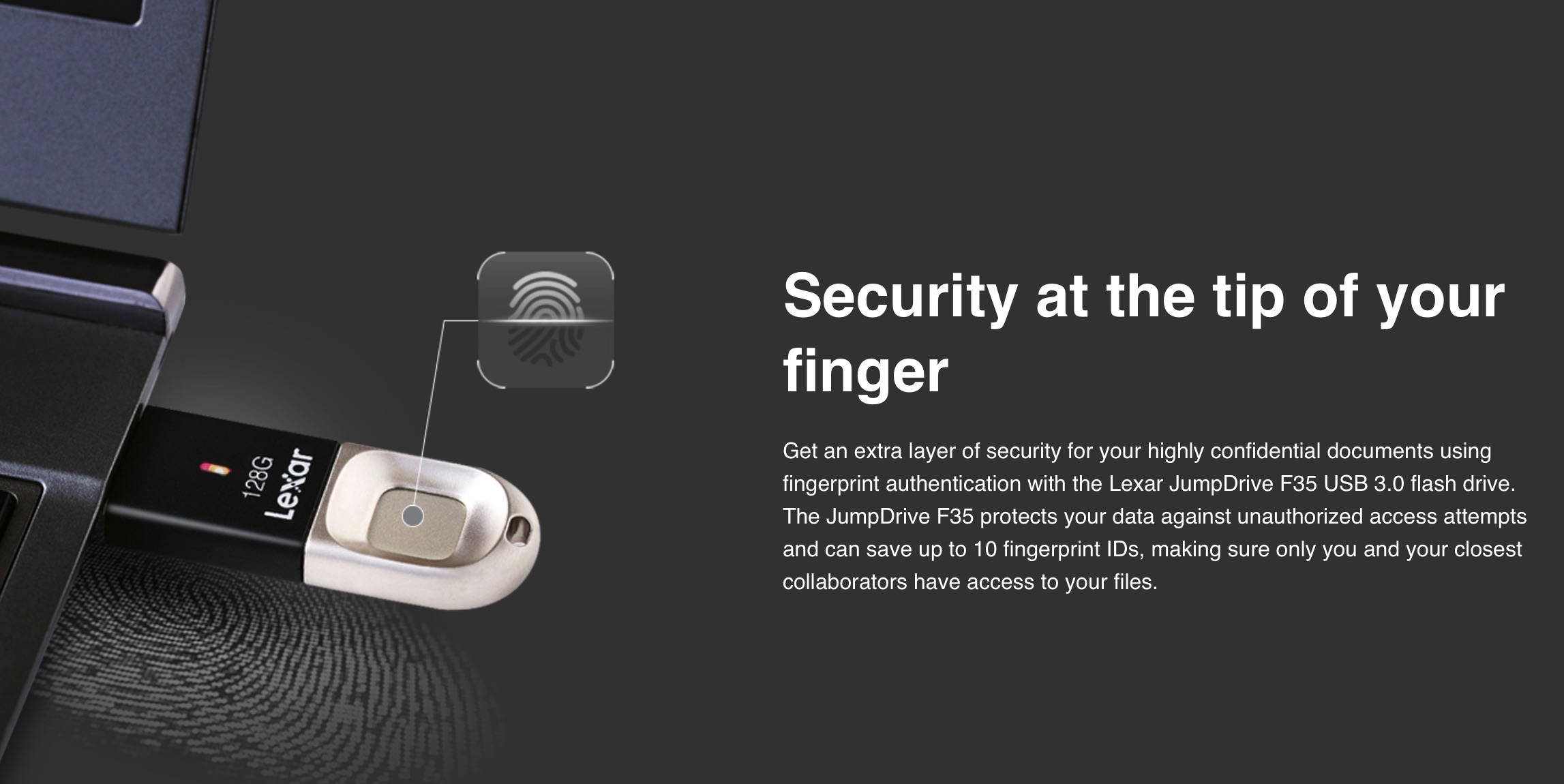