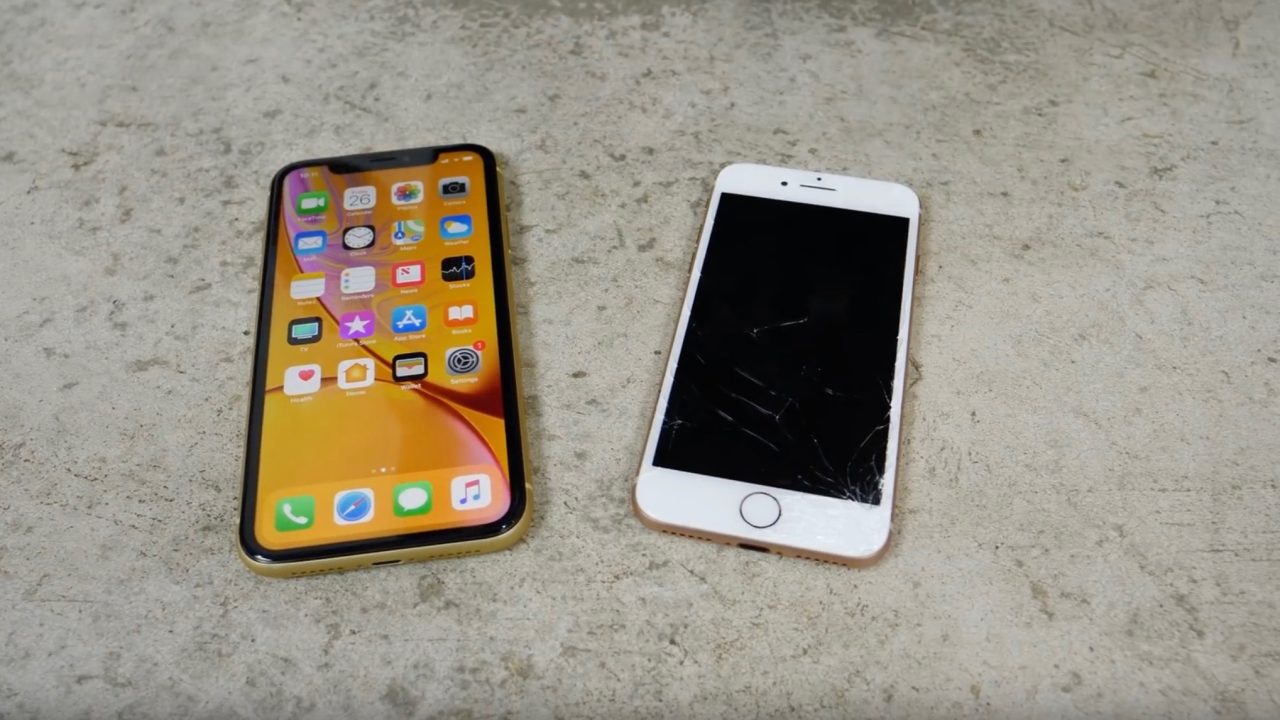 For better or worse, it’s become tradition for every new iPhone to be put through a series of extreme drop and durability tests. The iPhone XR, officially released yesterday, is no different, and now a trio of iPhone XR drop test videos have been uploaded to YouTube. These videos put the iPhone XR through a series of tests such as drop, scratch, flame, and more.

Both devices come out unscathed through a series of shorter falls, but the iPhone 8 falls victim to the concrete when dropped face down from head-height. Here, the screen shatters on impact and is actually rendered completely useless. Surprisingly, the iPhone XR survives this drop without issue.

The first major damage to the iPhone XR came when dropped from a ladder. A pair of drops from the ladder shattered both the front and the back of the device, and seemingly rendered it completely useless – at least momentarily.

In many ways, drop tests are arbitrary tests of durability and results can vary wildly depending on the surface, drop height, and drop angle — as evident by the varied results between both drop tests. Nevertheless, the comparison to the iPhone 8 is at least worth noting. If you want full protection, it’s always wise to put your iPhone XR in a case – even though Apple isn’t offering any first-party options yet.

Meanwhile, JerryRigEverything put the iPhone XR through his standard durability tests. He attempts to scratch the device’s display, anodized aluminum edges, and more. To see how the anodized aluminum edges compare to the stainless steel of the iPhone XS, watch the scratch test video here. The results shouldn’t necessarily come as a surprise, though, as aluminum is far weaker than stainless steel.

Have you spent anytime with the iPhone XR? If so, what do you think of it? Let us know down in the comments!