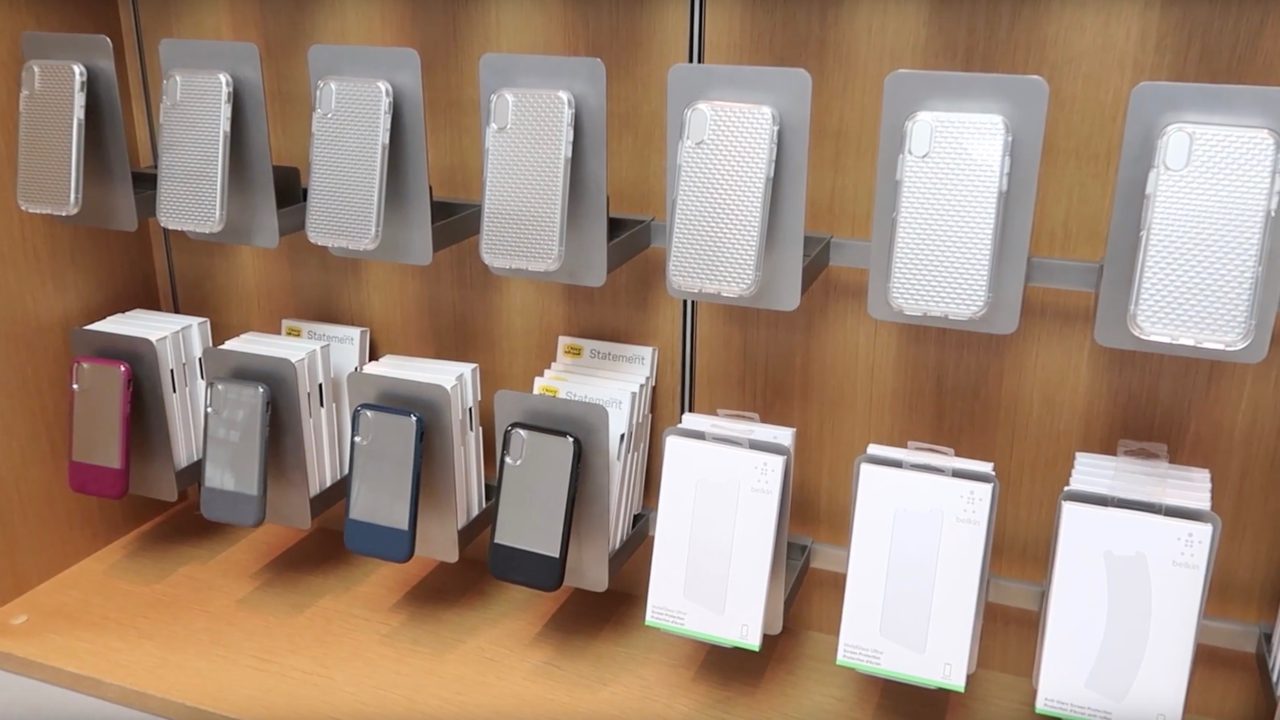 As pre-orders arrive to customers around the world, the first Apple store locations are also starting to open with the iPhone XR on display. Perhaps most notably, the iPhone XR case selection at Apple stores appears to be just as lacking as the Apple Online Store selection…

Macotakara visited the Nagoya Sakae Apple store in Japan to judge launch day iPhone XR conditions. At this store, Apple had all six colors of the iPhone XR on display – including black, blue, white, yellow, coral, and PRODUCT(RED). Additionally, at the store, Macotakara says there was a total of five people lined up prior to the store’s opening to purchase an iPhone XR.

In terms of accessory selection, the in-store iPhone XR case display appears to be rather pathetic. Beneath the slew of official Apple leather and silicone cases available for the iPhone XS, Apple is displaying just a few third-party case options.

The iPhone XR case selection at Apple stores consists of the OtterBox Vue Series and the OtterBox Statement Series in leather and felt variations. These are the same cases sold via Apple’s Online Store, and are available exclusively through Apple. On Amazon, for instance, Otterbox sells a different selection of iPhone XR cases.

Interestingly, we discovered earlier this month that the press release for the iPhone XR in select countries made mention of a new clear case from Apple for the device. This makes sense as it would allow device owners to protect their iPhone XR, while also showing off the colorful backside.

Still, however, Apple’s official clear case for the iPhone XR is nowhere to be found – nor are the company’s typical leather and silicone cases. It’s unclear when we will see the first-party iPhone XR cases made available. One possibility is that they will go up for sale after a refresh to the Apple Online Store following the Apple special event next Tuesday.

In the meantime, iPhone XR users will just have to settle for third-party iPhone XR case options.