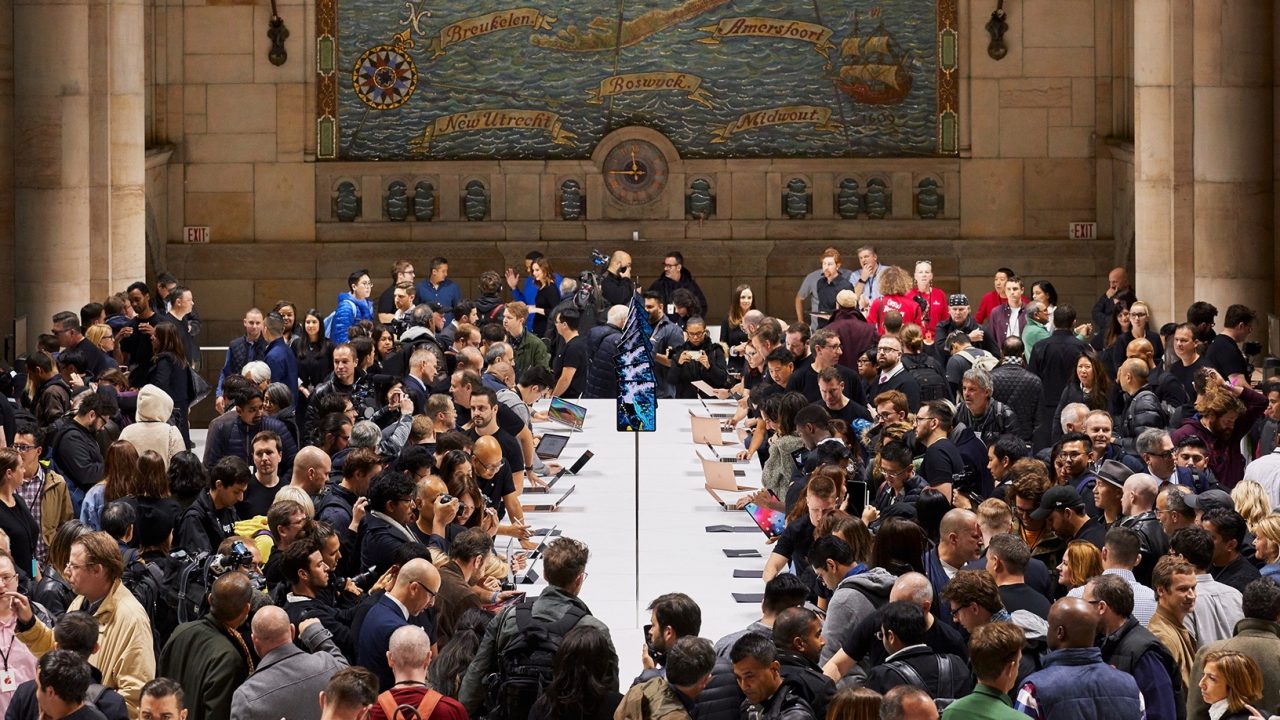 Apple’s Brooklyn event has officially wrapped up, with press given the opportunity for Retina MacBook Air hands-on and iPad Pro hands-on experiences. Head below for a full roundup of early looks at Apple’s latest and greatest.

Apple today introduced a brand new MacBook Air, which it noted is the most popular Mac it sells. The new MacBook Air features an even thinner and lighter design, but most notably a Retina display.

Gone are the silver bezels and dated display technology. You’re now looking at a Retina display that stretches even closer to the edge, with shiny new black bezels. Other changes include USB-C, Apple’s third-generation Butterfly keyboard, and new color options that include silver, space gray, and gold.

Writing for The Verge, Dieter Bohn says in his Retina MacBook Air hands-on that the new bezels on the device make a “big difference” in portability. He also notes that the 13-inch design doesn’t feel quite as cramped as the 12-inch MacBook:

But you’re here to learn about the screen, so I’ll just tell you that it’s great — at least compared to the old MacBook Air. It’s not True Tone, but it is a full Retina Display with the same resolution as the 13-inch MacBook Pro. The smaller bezels make a big difference in making the computer more portable, but it doesn’t feel cramped like the smaller MacBook sometimes can.

The bezels are black, and the whole thing is a glossy glass now, which might annoy some people, but that’s most laptops these days. Bottom line: it’s pretty much on par with the screens on the MacBook Pros from what I can see.

The new iPad Pro features an all-new design with a display that stretches even closer to the edges. The Home button has been ditched, with Apple implementing iPhone X-like gestures on the new iPad Pro. There’s also Face ID support, a new magnetic Apple Pencil holder, and much more.

Writing for Engadget, Chris Velazco says the new design of the iPad Pro gives it a “meaningful visual differentiator for its tablets.” Further, he adds that the reduced footprint of the 12.9-inch iPad Pro makes one-handed use far easier than in past generations:

This thing is almost shockingly comfortable to hold and use. I’ve used the 12.9-inch Pro in the past, and while I could cradle it in my arm and write on it with an Apple Pencil, the whole thing felt so cumbersome that I never wanted to.

This year’s Pro? I can pick it up with one hand and actually start using the thing with minimal hassle. The iPad Pro has always been about giving you the right amount of power (if not the most power) when you need it, and this cleaner, lighter design embodies that idea much, much better than before.

Watch early hands-on with the iPad Pro videos below: