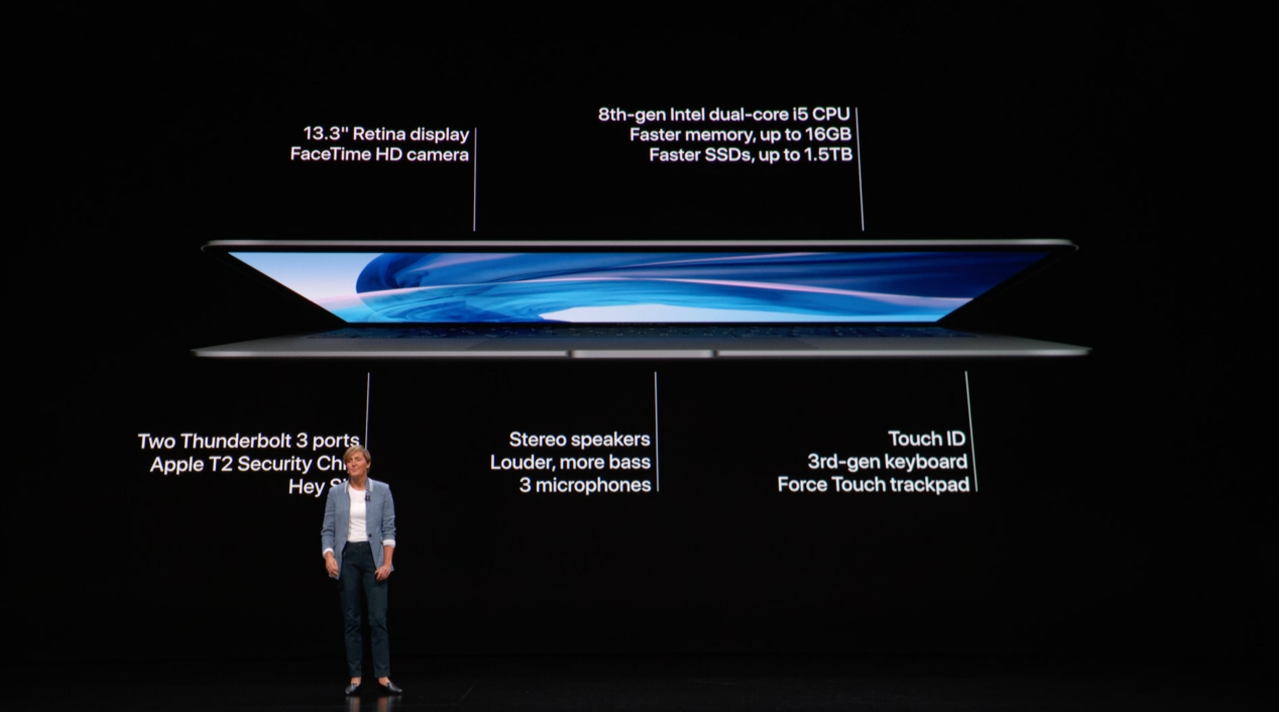 On stage at its “There’s more in the making” event in Brooklyn, Apple has officially unveiled a new MacBook Air. The machine adds a Retina display and more. Head below for all of the details.

The new MacBook Air features a new display with 4 million pixels. Gone are the classic silver bezels that have been featured on the MacBook Air since inception. They’ve been replaced with black bezels and the display stretches father towards the edges, with Apple touting 50 percent smaller bezels.

The new MacBook Air also features Apple’s T2 security chip, which ensures that software loaded during the boot process has not been tampered with. There’s also an HD FaceTime camera.

As for the speakers, the 2018 MacBook Air features stereo speakers that are 25 percent louder and have more bass. There’s a three-mic array for features such as Hey Siri.

The new MacBook Air features an 8th-gen Intel Core i5 processor with up to 16GB of RAM and up to 1.5TB of SSD storage. Apple touts battery life of up to 12 hours of web browsing and 13 hours of iTunes movie playback.

The unibody MacBook Air design is made from 100 percent recycled aluminum and Apple says it designed a new alloy for the body. It’s the “greenest Mac ever,” Apple says.

The 2018 MacBook Air comes with 8GB of RAM, a 1.6GHz Core i5 processor, and 128GB SSD standard for $1199. Other upgrade options available. Pre-orders start today, with availability on November 7th. Colors include space gray, silver, and gold.