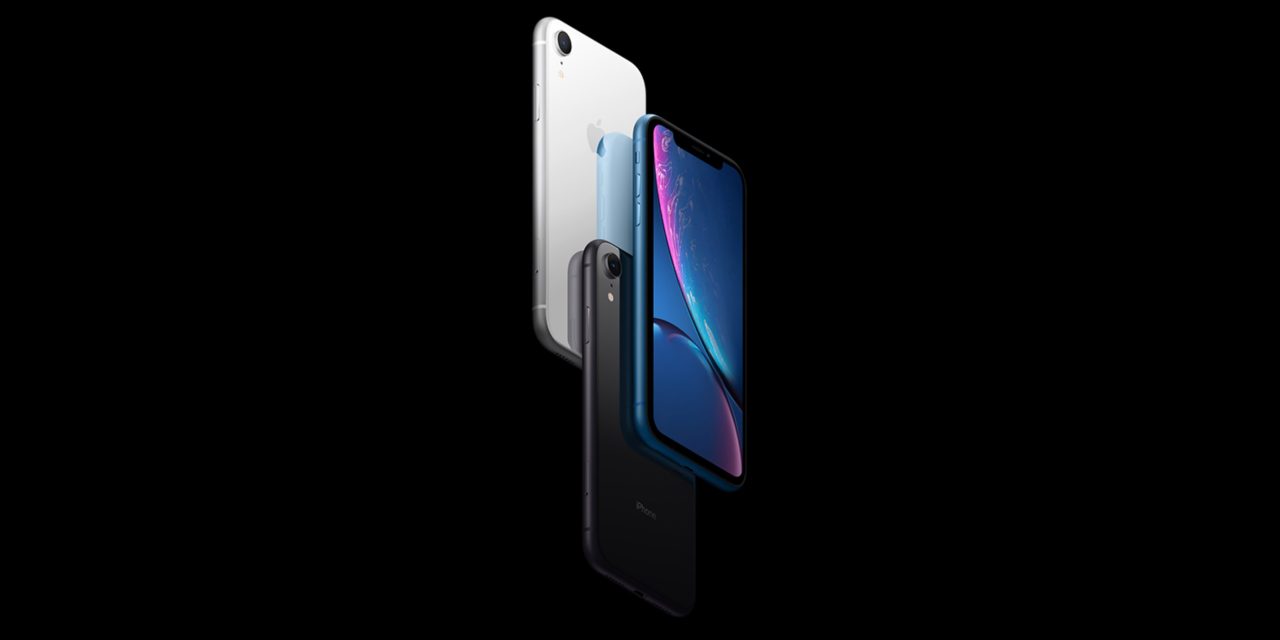 With the iPhone XR containing the same A12 Bionic chip as the iPhone XS, we expected it to offer identical performance, and this has now been confirmed. Macworld reported on the results it found from iPhone XR benchmarks …

In the GPU-powered Compute benchmark (which uses the Metal API), performance is about 40 percent faster.

Indeed, in one of the iPhone XR benchmarks – a GPU test – the iPhone XR came out on top, likely as a result of having fewer pixels to push.

The iPhone XR scores better in the GPU test than the XS or XS Max (which helps boost the overall score). This is probably due to the lower resolution of the iPhone XR’s display. The graphics tests here are rendered on-screen and not at a fixed or off-screen resolution. The A12 Bionic’s GPU will deliver faster frame rates on the XR because it has to render about 85 percent more pixels on the XS and 125 percent more on the XS Max. 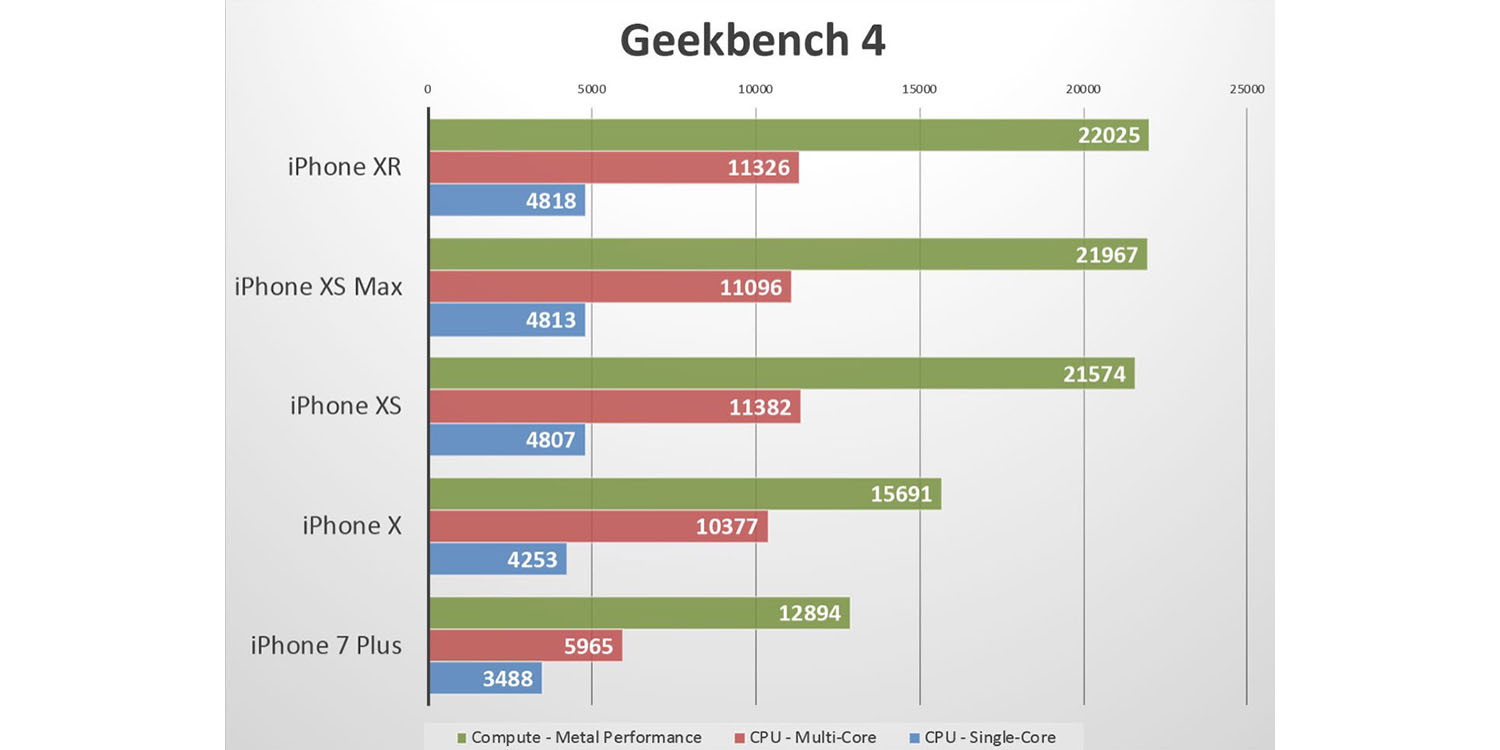 Many iPhone XR buyers are likely to be upgrading from an iPhone 7 or older, and gamers will be particularly happy.

If you’re upgrading from an iPhone 7 Plus to an iPhone XR, you can expect real game frame rates to be anywhere from 50 percent higher up to twice as fast, depending on the complexity of the game. That’s a huge win for everyone upgrading their two-year-old phones.

The XR is also the model to pick if battery-life is your priority.

The really interesting comparison, however, is with the iPhone 7 Plus.

That’s a roughly 45 percent improvement in battery life with a slightly larger display and similar battery capacity. What an impressive improvement in just two years!

iPhone XR benchmarks are unlikely to be the deciding factor for many buyers – that’s going to be the new design language at a significantly lower price than the flagship models – but it’s certainly good to know that the practice matches the theory when it comes to performance.

App-opening speed tests showed that the iPhone XR was on a par with Samsung’s Note 9. Check out the best and worst features of the latest iPhone.