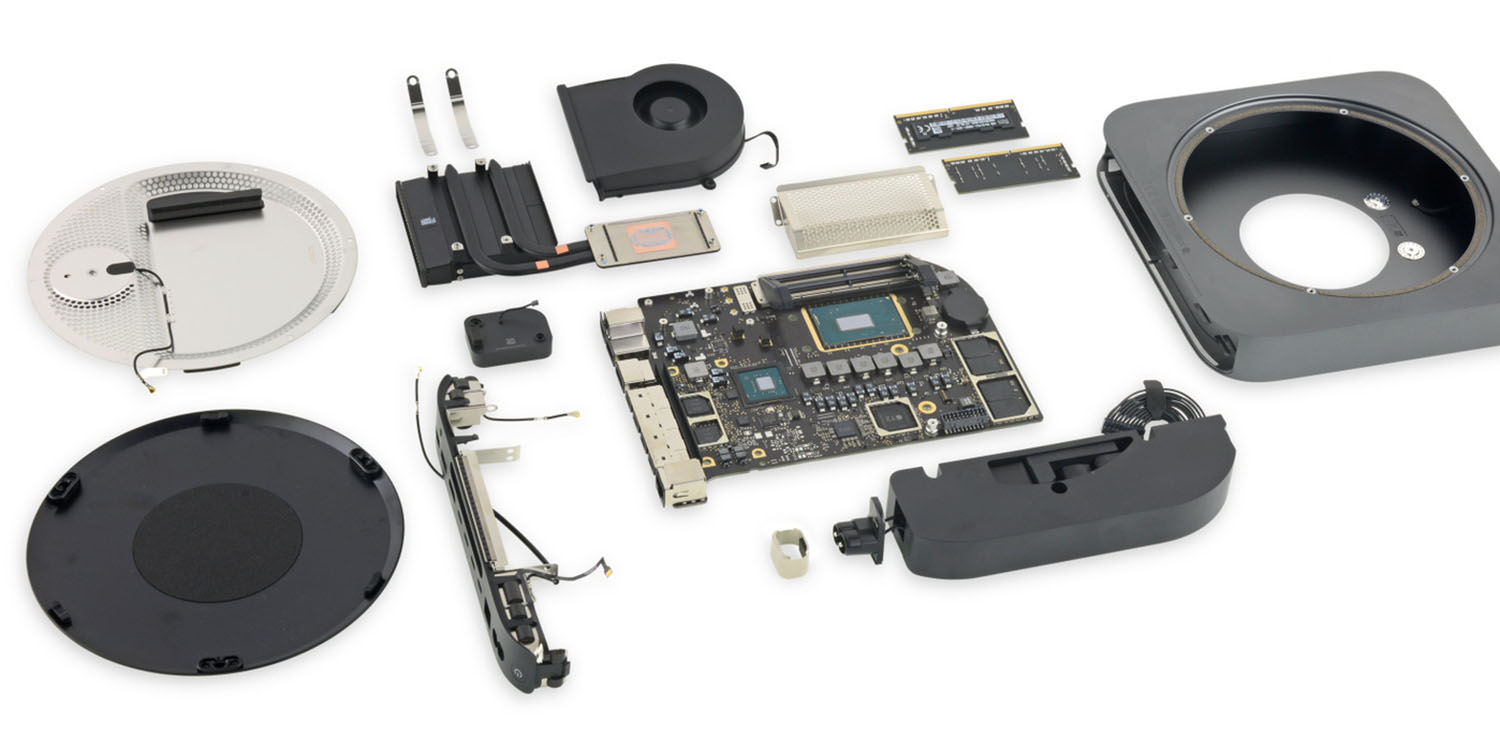 The 2018 Mac mini iFixit teardown is up, and the company gives the new incarnation of Apple’s smallest Mac a repairability rating of 6/10. That’s significantly better than the 3/10 the company gave the new MacBook Air in its teardown of that.

It says that the machine is pretty easy to access, with one tool being nothing more than a pair of thumbs …

No tough adhesive holds the Mac mini or its components hostage.

An opening tool and TR6 Torx security driver are needed to get into the case, with the fan then blocking access to the innards.

The fan unscrews with zero fuss, giving us a better view of the mini’s depths. Theoretically, we just need to unplug these cables from the logic board, and it’ll be free to slide right out of the chassis.

Our handy Mac mini logic board removal tool technically fits in the logic board’s screw holes, but it doesn’t feel right. We’re going to need more leverage. Could it be that some good old-fashioned thumb pressing does the trick?

It does! A firm push on either side of the blower exhaust is all it takes, and the whole board unclips and slides out. As much as we love making great tools, nothing makes us happier than seeing something you can service with no tools at all.

The firm praises Apple for using socketed RAM, allowing user replacement, but did find some bad news. For example, if the Wi-Fi fails, there’s no replaceable AirPort card any more – this is now assimilated into the logic board. Both CPU and SSD are also soldered to the board, as are the ports.

If any of the many ports is damaged or worn, the entire logic board will need replacing.

The company promises an official RAM replacement guide and upgrade kits to follow. In the meantime, check out the complete Mac mini iFixit teardown.