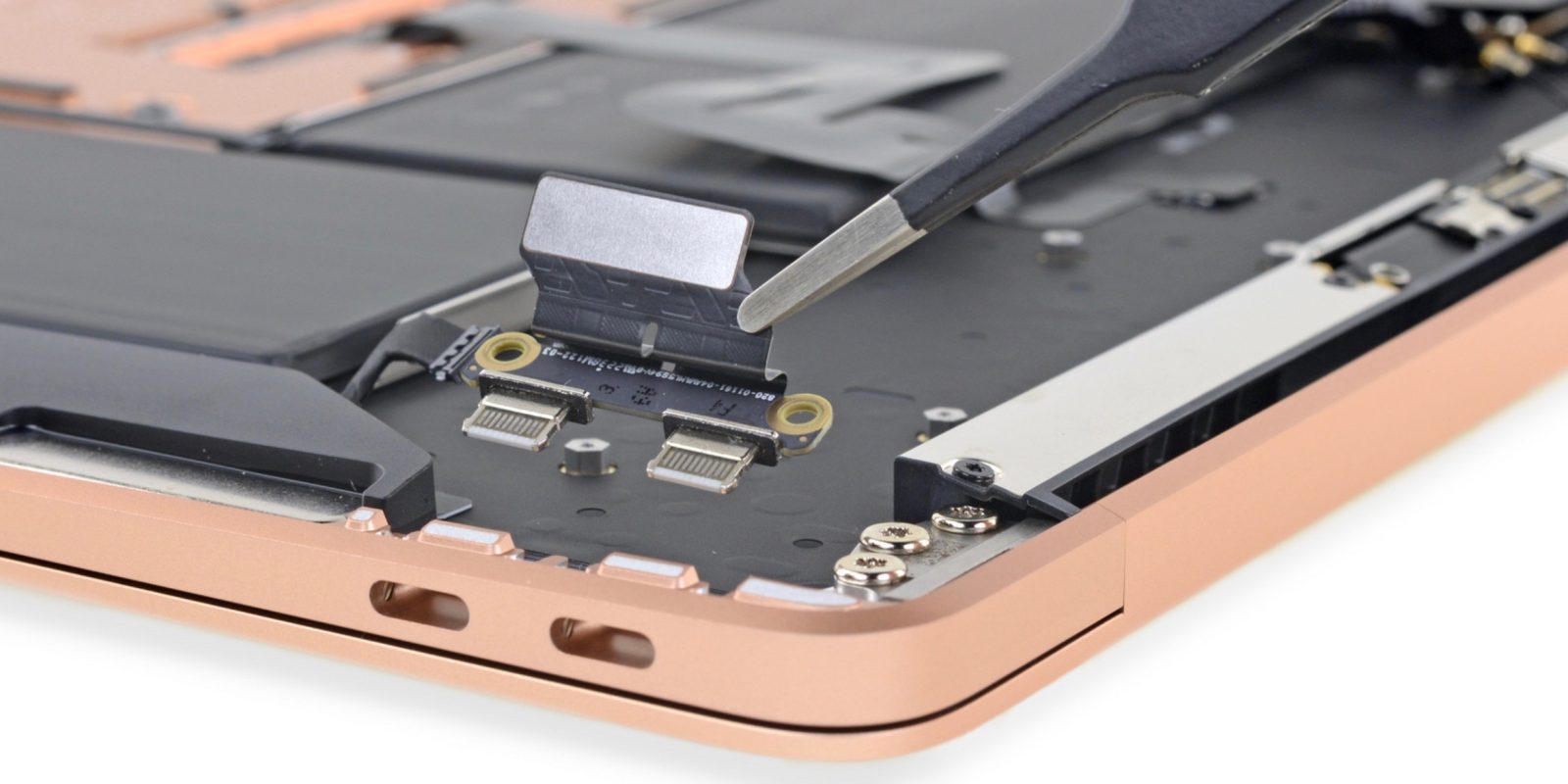 iFixit is out with its Retina MacBook Air teardown. While there are some notable repairability improvements, Apple’s latest notebook got its lowest marks for non-serviceable, non-replaceable RAM and storage. However, overall, it scored higher than the 2018 MacBook Pro and the 2017 MacBook.

We heard yesterday that the new MacBook Air doesn’t require the entire top case to be replaced when swapping out the battery. It was a welcome, yet surprising detail since the previous generation MacBook Air design from 2013 forward required a new top case with a battery replacement.

iFixit has more details on the battery and much more in its MacBook Air teardown. Starting on a positive note, the new MacBook Air opens up easily and all the ports and associated boards aren’t difficult to replace.

This MacBook is off to a good start as far as we’re concerned—all the ports sit on their own boards and are easily replaceable.

Next the teardown revealed replaceable speakers and battery.

Continuing the repair-friendly (or at least friendlier) trend, we find stretchy adhesive pull tabs under these elongated speakers! 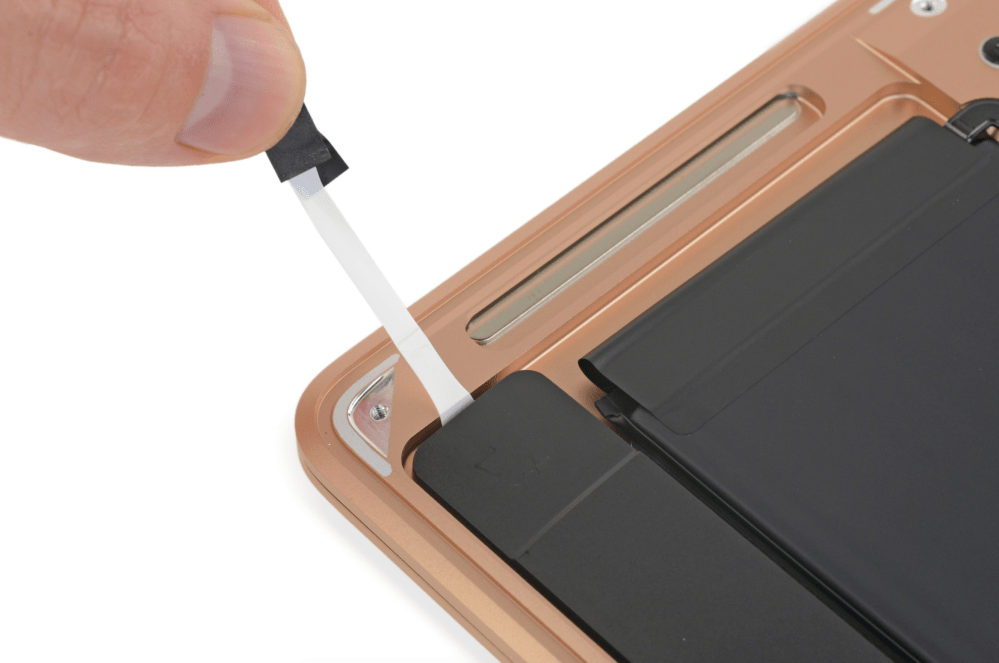 The battery uses both six adhesive strips and four screws to keep it secure. In contrast to those two components being relatively easy to replace, the trackpad is a different story.

Unlike the newer MacBooks Pro, which have first-step replaceable trackpads, this trackpad shares a cable with the keyboard, which is pinned under the logic board.

Other downsides include non-upgradeable/non-servicable RAM and storage, but overall iFixit came away optimistic that Apple may offer better repairability in the future.

Unfortunately, you’ll still have to work around pentalobes, and neither storage nor RAM is upgradable. Though this update seems to favor experienced technicians more than the average DIYer, we’re hoping it’s the first step back toward repairable MacBooks.

With many of Apple’s other notebooks receiving repairability scores of 1/10, the MacBook Air has made some progress with a score of 3/10.