Should Apple make an iPad Pro even larger than 12.9-inches? [Poll] 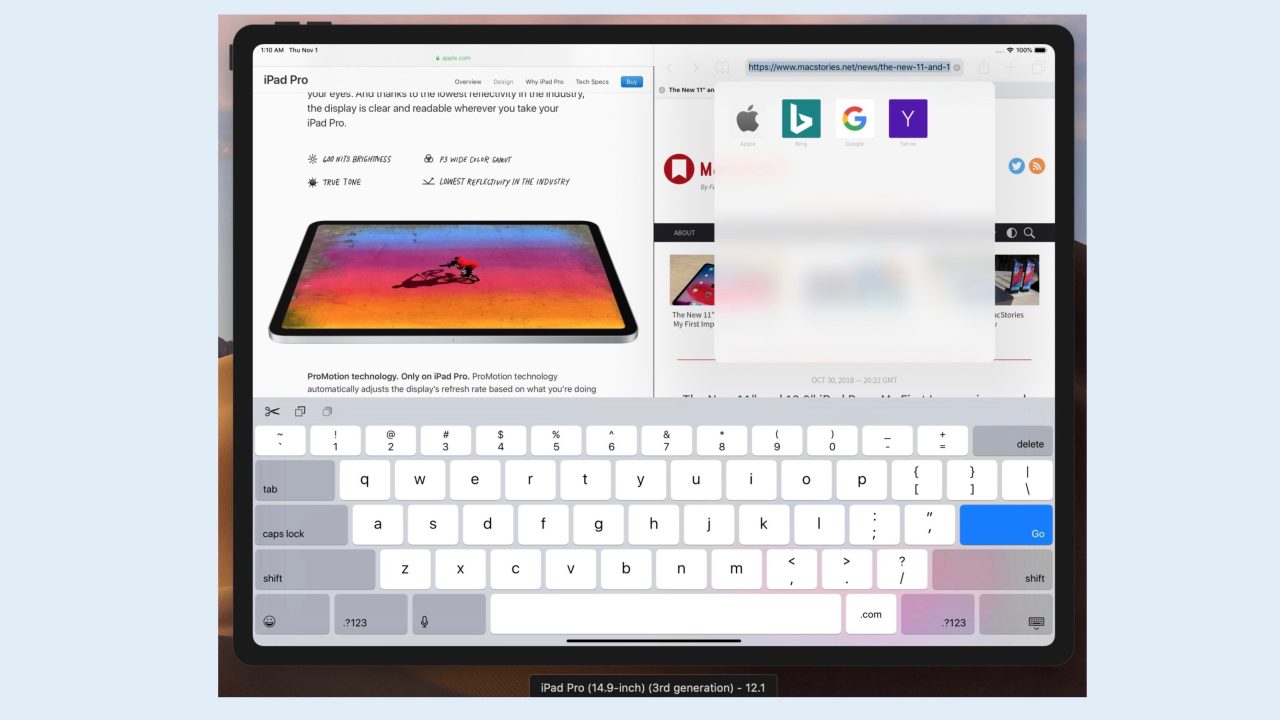 The iPad lineup currently maxes out at 12.9-inches in terms of screen size. Since the unveil of the new iPad Pro models last month, however, some iPad fans have been calling on Apple to make an even bigger iPad. What do you think about such a possibility?

With the latest generation of iPad Pro, Apple brought the Home button-less design from the iPhone X to the iPad lineup. For the 10.5-inch iPad, the company kept the overall form factor the same, but since the display now stretches closer to the edges, it measures in at a slightly larger 11-inches.

For the 12.9-inch model, Apple shrank the overall footprint of the device and chose to keep the 12.9-inch screen size the same. This means you still get the same display, but in a significantly smaller body.

With the recent push towards smaller bezels, some are calling for Apple to make an even bigger iPad Pro. While the largest iPad currently sold by Apple is 12.9-inches, some iPad fans say Apple could push that to around 15-inches.

For instance, a couple of weeks back, developer Steven Troughton-Smith showed off how iOS would need little work to be capable of running on a 14.9-inch iPad Pro. Safari, for example, could show two side-by-side tabs, as well as a third app with a 14.9-inch display.

For Apple, there are numerous benefits to going larger than 12.9-inches. For one, it would create synergy with the MacBook Pro lineup, which also maxes out at 15-inches. A 14.9-inch iPad Pro would also help Apple further market the device as a ‘computer’ replacement – and further increase iPad average selling price.

Personally, I would absolutely be interested in a 14.9-inch iPad Pro. Not only would it be a great media consumption device, but the thin and light iPad design paired with a 14.9-inch display would make for an excellent on-the-go productivity machine. I have long wished for Apple to make a 15-inch MacBook Air, but a 14.9-inch iPad Pro would tick many of the same boxes for me personally.

What about you? Would you be interested in a larger iPad Pro? Let us know in the poll below and discuss down in the comments.

Huh now that's interesting. It turns out that a near-15-inch screen is big enough for Safari on the iPad to be happy with two tabs side-by-side as well as another app. 🤨 I'm sure that's just a happy accident… The OS doesn't need much work to fill that screen res, either pic.twitter.com/un8lTkp5hw