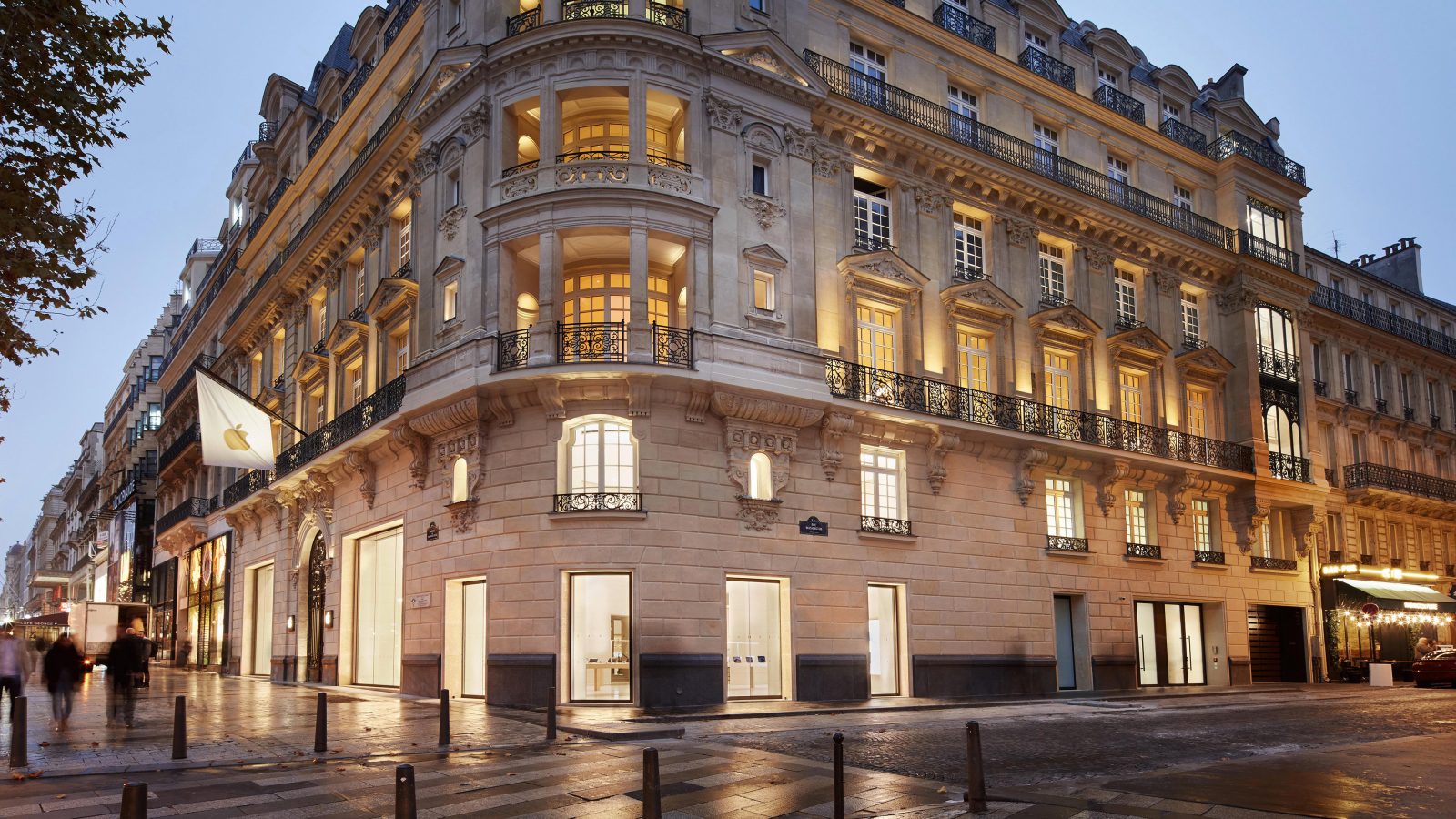 This Sunday, Apple will light up the streets of Paris with the grand opening of Apple Champs-Élysées. France’s latest Apple retail location features stunning historic architecture in a dazzling location. Ahead of this weekend’s full reveal, Apple has shared some photos and new details of the upcoming store.

At 114 Avenue des Champs-Élysées, Apple has made a significant investment to restore an entire historic structure. Chief design officer Jony Ive said that Apple’s “first priority was to honor the history of the building, while thoughtfully updating it to create spaces both grand and intimate.” The new flagship store will be the company’s most impressive in France, and among Apple’s most significant locations in all of Europe.

As Today at Apple sessions become a cornerstone of Apple’s modern retail experience, Apple Champs-Élysées will represent a physical manifestation of the digital initiative. The store is built around a towering Forum, where trees stretching upward toward a mesmerizing skylight shade a gathering space and Video Wall below.

The energy in Paris is electric and it will be one of our premier cities for Today at Apple. I hope that everyone who visits Apple Champs-Élysées will be inspired to unlock their creative curiosity and learn something new.

To further promote the new store, 15 artists were commissioned to create works that obscured the building’s intricate windows from curious eyes during the final construction phase. Some of these artists will reunite for the grand opening to host an exclusive Today at Apple session for early visitors.

Apple Champs-Élysées will be the company’s 506th store and employ over 330 people, opening just over one week after Thailand’s first Apple store located at ICONSIAM. This weekend will also see store reopenings in Santa Monica, California and Lynnwood, Washington.