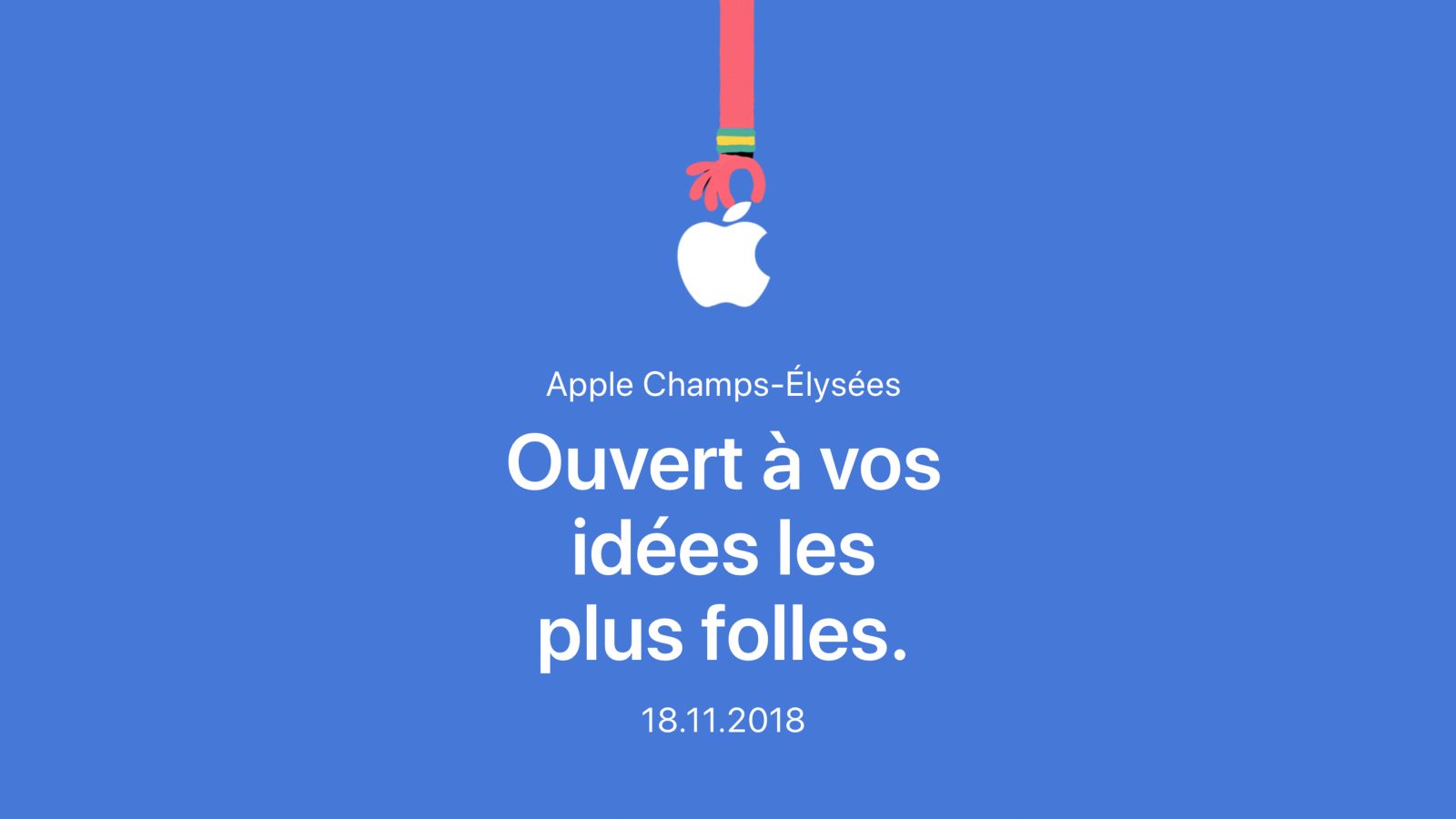 Apple will unveil one of its “grandest Forums in Europe” on November 18th. The opening of Apple Champs-Élysées in Paris will come just over one week after Thailand’s first store, Apple Iconsiam, opens its doors. Both monumental locations mark a significant expansion of Today at Apple around the world.

Late last month, the works of 15 artists were highlighted on windows decorating the Paris storefront with the tagline “Open to your wildest ideas.” Creative themes of art and design, music, photo and video, activity, and coding are the focus of Apple’s webpage previewing the store. The expansive flagship location at 114 Avenue des Champs-Élysées will be the best place in France to attend a Today at Apple session.

Alongside the addition of 60 new sessions, the new store was briefly previewing during Apple’s October 2018 special event in Brooklyn. The historic building’s restoration has been long in the making and will join a growing number of top Apple locations in the hearts of major cities around the world. Apple promoted artistic talent in French cities earlier this year with a series of short films created on iPhone X.

In day the days following the grand opening, Apple has prepared a lineup of exclusive Today at Apple sessions for Paris. The sessions begin with live art from the artists who decorated the store’s facade. Others include a Music Lab with Sônge and Myd, and two musical performances.

On November 17th, just one day before the opening in Paris, Santa Monica’s Apple Third Street Promenade will reopen after renovations have been underway for the past two months to add a Forum and Video Wall.