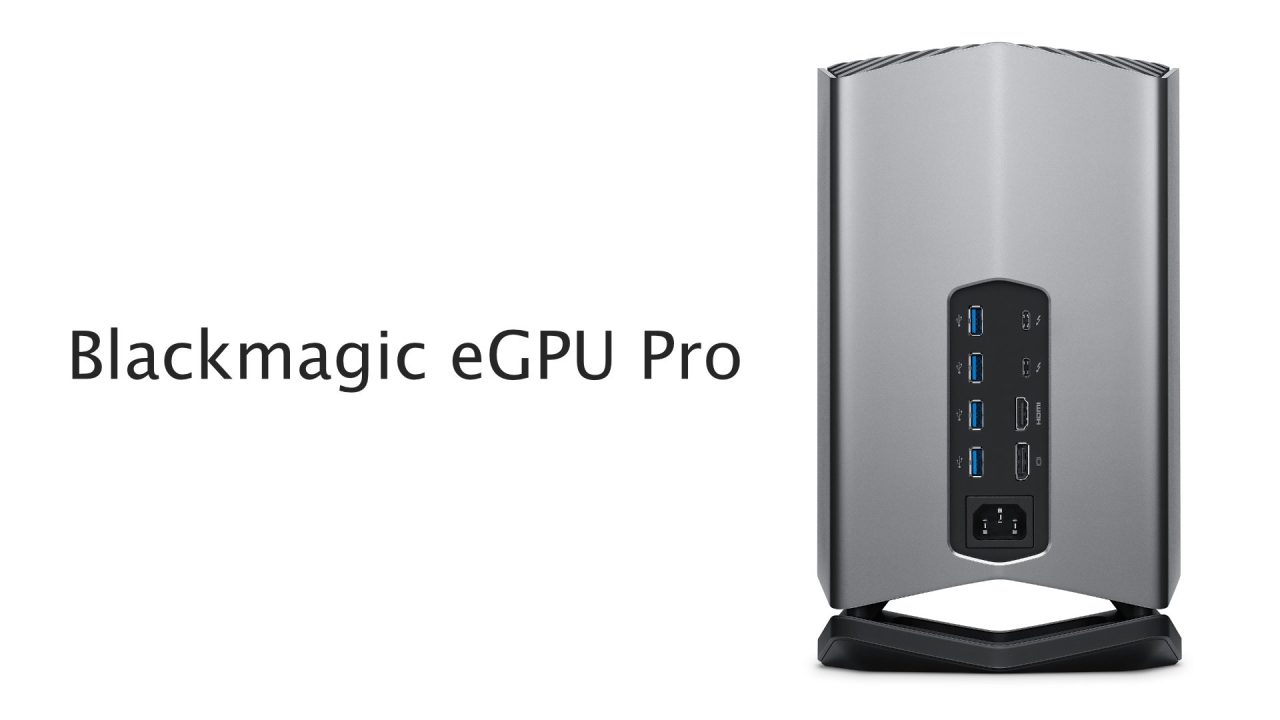 On the same day as the new Mac mini and MacBook Air were unveiled last month, Blackmagic Design announced a new eGPU Pro destined for release in November. Apple today, however, has updated its webpage for the product to indicate the release has been pushed to December.

Here are the full specifications:

Of course, Apple updating its webpage for the Blackmagic eGPU Pro to “December” doesn’t offer any specific information on when it might actually be released. It could mean December 1st, but more likely is that we won’t see a release later in the month sometime. Prior to today, the webpage indicated a release in November.

Our own Jeff Benjamin reviewed the original Blackmagic eGPU and noted that while it offered impressive build quality, performance wasn’t quite up to par. The new eGPU Pro should help remedy that with its improved Radeon RX Vega 56. Here’s how Apple describes the product, likening it to the iMac Pro:

Get workstation-class graphics performance on any Thunderbolt 3–enabled Mac. Adding to its lineup, Blackmagic Design introduces the new Blackmagic eGPU Pro featuring a Radeon RX Vega 56 graphics processor with 8GB of HBM2 memory. You’ll be able to run incredibly graphics-intensive workloads that were previously possible only on iMac Pro.

When available, the Blackmagic eGPU Pro will cost $1,199. Are you planning to pick one up? Let us know down in the comments and watch our review of the non-Pro model below.