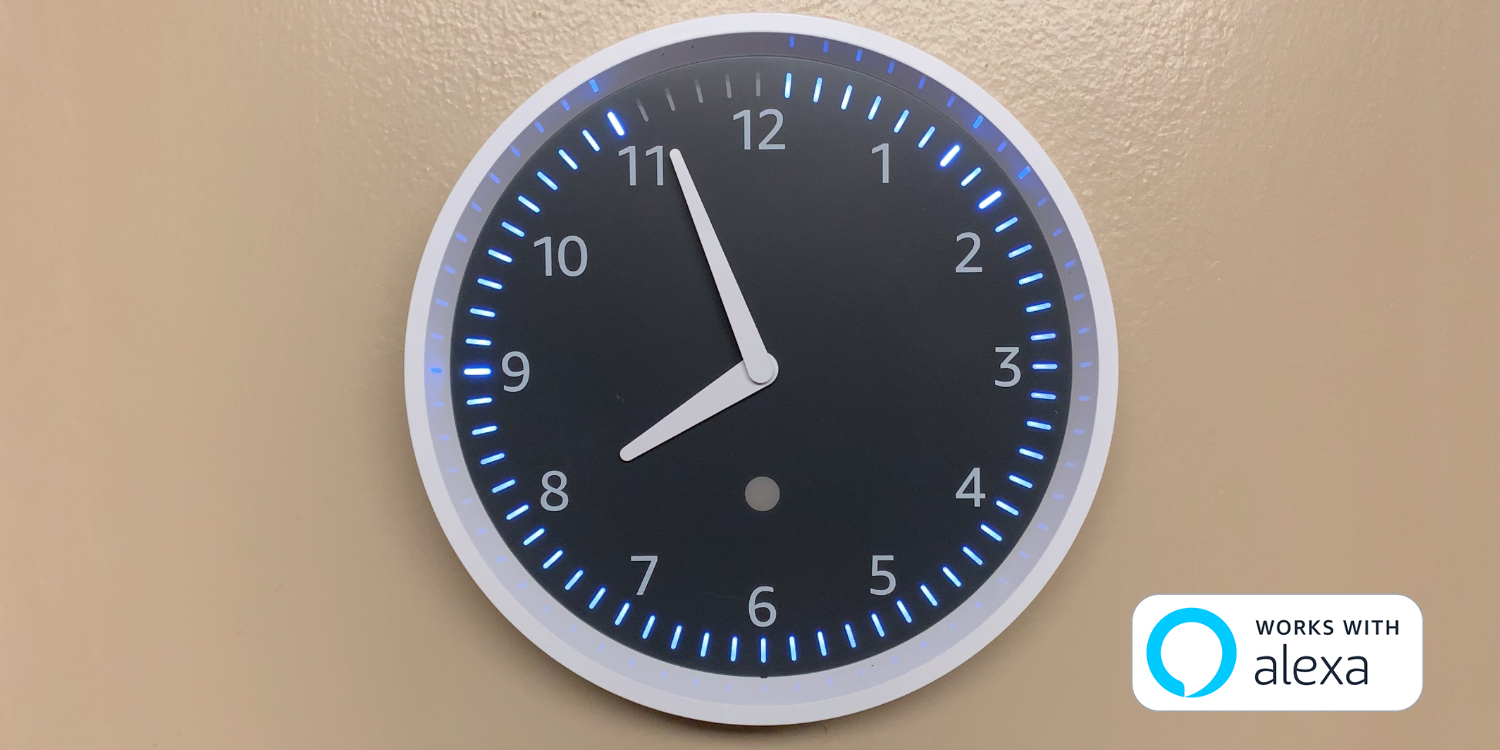 Amazon’s quirky new Echo Wall Clock has arrived. While it’s primarily just a $29 analog wall clock, there’s something charming about its analog and digital balance. Echo Wall Clock doesn’t have Alexa built-in. You need a nearby Echo speaker with Alexa to use it, then it becomes a smart analog clock with a few fun and useful features despite small build quality concerns.

What’s in the Box? 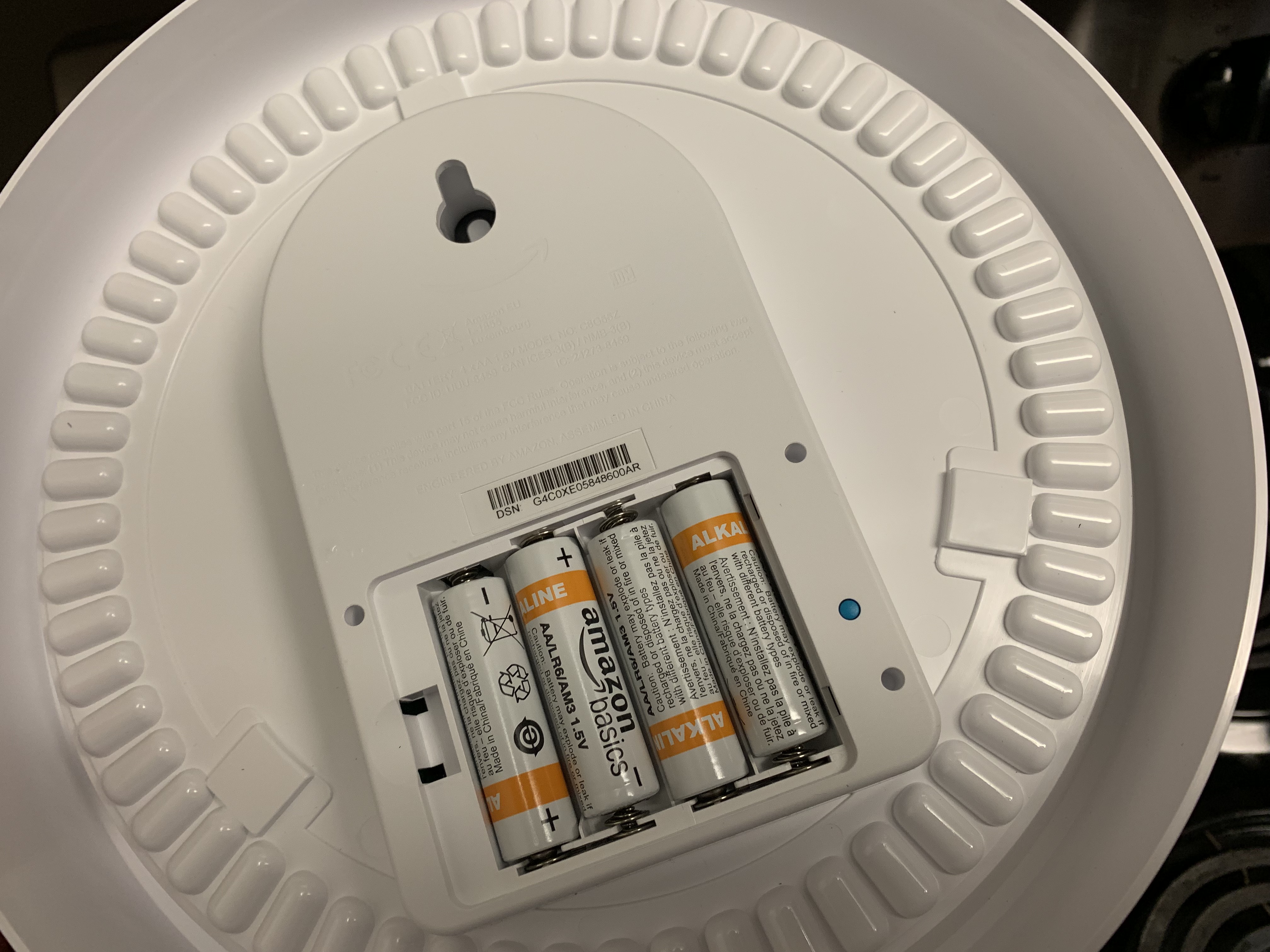 Echo’s audio instructions will tell you to press and hold the blue set up button on the back of Echo Wall Clock for about ten seconds, then the Echo Wall Clock starts paring. You can confirm that the process is working with the colored status light on the face of the clock.

Now for the fun part. Echo Wall Clock sets its own time based on your location assigned in the Alexa app with your specific Echo speaker. Just sit back and watch Echo Wall Clock move the hour and minute hands to the correct time. The movement is a bit slow, but it’s neat to watch happen automatically.

That also means Echo Wall Clock should respond to daylight saving time changes automatically. No need to manually adjust the time despite it using analog clock hands. Automatic time setting is also a perk of the recently released and 9to5Toys-reviewed Alexa microwave.

No need to fiddle with Bluetooth or Wi-Fi settings manually. Echo Wall Clock pairs to a nearby Echo then benefits from your Amazon account settings already being configured in the Alexa app (and Echo speakers ship pre-loaded with your account configured when ordered from Amazon.com).

Aside from displaying and automatically adjusting the time, Echo Wall Clock’s primary feature is integration with Alexa timers. Ask Alexa on the paired Echo to set a pizza timer for 15 minutes and Echo Wall Clock will illuminate each minute mark around the dial, turning off one light as each minute expires.

When the timer reaches the final 60 seconds, each minute mark lights up with each light turning off as each second passes. When the timer is complete, Alexa will alert you on the paired Echo speaker and Echo Wall Clock will flash each light on and off for a short period before you dismiss the timer.

Echo Wall Clock does link up to a single Echo speaker at a time so timers will only display when created from the paired Echo speaker. Amazon does offer pricier Echo speakers with displays including Echo Spot and the second-generation Echo Show; timers don’t display persistently on the smaller Echo Spot, however, and I haven’t tested Echo Show.

A version that embedded Alexa might be useful too, but you’d probably need wall power versus batteries and Echo Dots are relatively inexpensive if not free with some bundles (and it’s possible to have too many Alexa targets!).

In practice, using Echo Wall Clock doesn’t require a change in behavior if you already set timers with Alexa. Just keep setting timers like you already do then benefit from the display indicator on Echo Wall Clock. I imagine this will be really useful for cooking especially.

So how does Echo Wall Clock rate as just a basic analog wall clock? The automatic time setting and adjusting is really neat, but you do need an Echo speaker to set it up so it’s a non-starter without at least an Echo Dot.

Echo Wall Clock also only has hour and minute hands. I would greatly prefer a version with a second hand as well. Others may prefer an all-black design or an aluminum finish. These are features that other similarly priced wall clocks offer.

The plastic clock face is the biggest issue with build quality though. It does show glare from nearby lights which isn’t ideal for kitchen environments, and the plastic surface appears to scuff a bit too easily. 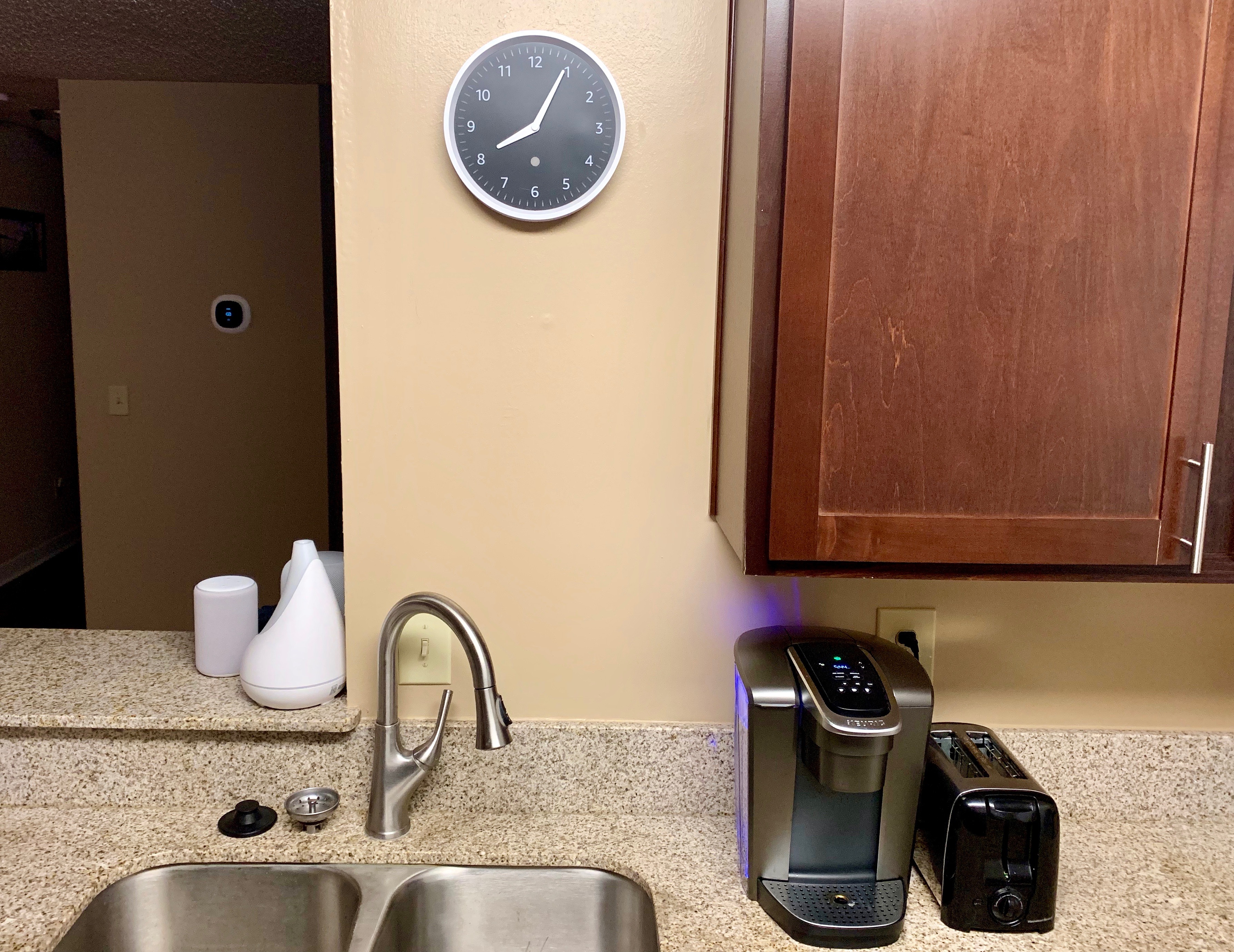 Build quality aside, I still find Echo Wall Clock to be a really delightful product! I haven’t bothered furnishing my house with a wall clock before which is something family has commented on when visiting, but manually setting and adjusting analog clocks just doesn’t appeal to me. The limited features and low entry price for the Echo Wall Clock makes it a fun purchase though, especially if you’re already in the Echo ecosystem.

Echo Wall Clock is available for $29.99 on Amazon. Shipping dates quickly slipped past Christmas after orders started on Friday afternoon, but you can still receive before the end of the year for now. With discounts on Echo speakers for the holidays and new features like Apple Music integration, the Echo ecosystem is steadily maturing — and new and fun accessories like Echo Wall Clock make it all the more fun.