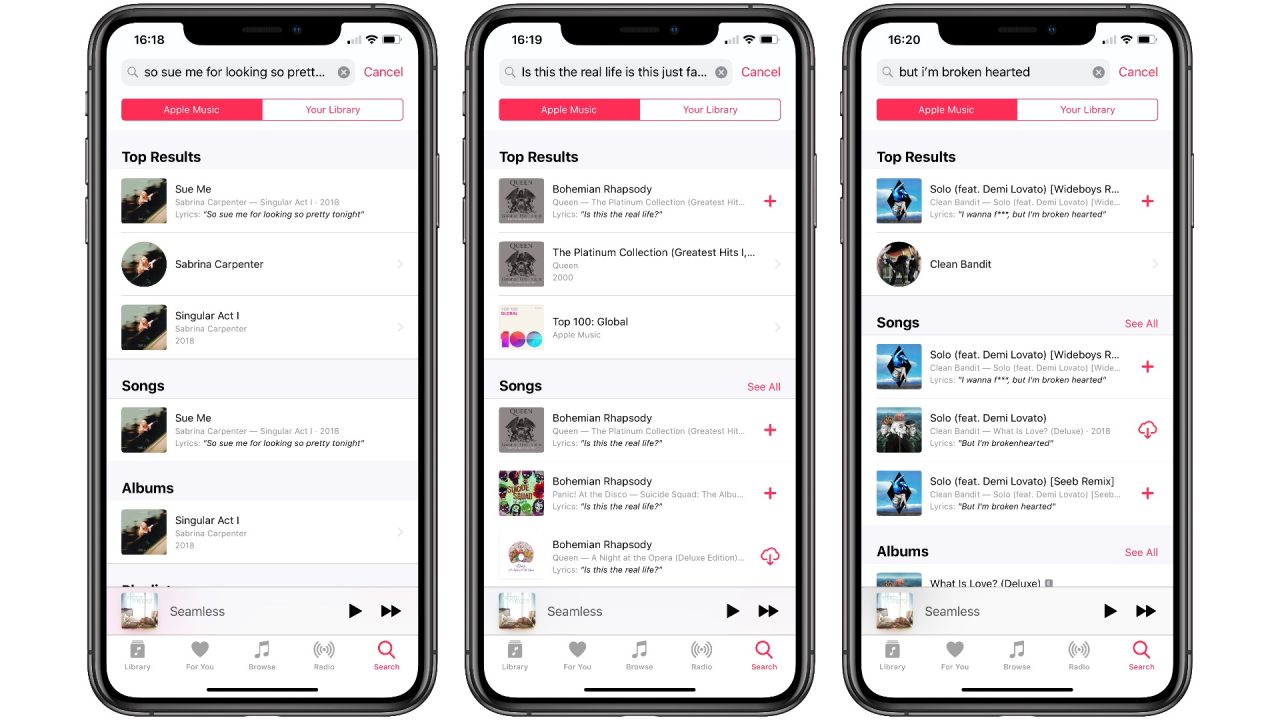 Apple has today expanded its lyric search feature in Apple Music to several new countries. This feature lets users search for songs within Apple Music by simply typing a portion of the lyrics. The company is also expanding lyric availability today as well.

Apple Music lyrics were previously available in the United States, Australia, Canada, and the U.K. and are today expanding to Germany, Ireland, South Africa, Spain, Mexico, New Zealand, and France (via MacRumors).

Support for lyrics search kicked off in iOS 12, allowing users to search songs based on its lyrics. To get to this point, Apple began with initial lyrics support in iOS 10, which allowed users to view the lyrics of specific songs when listening to a song that’s available through Apple Music.

To search a song, simply go into Apple Music > Search and type in the snippet of lyrics. Lyrics search, like any modern search, can work even if you get a word out of the phrase incorrectly.

Lyrics support is available on iPhone, iPad, Android, Mac, and on Apple TV.