TweetDeck for Mac updated with support for Dark Mode, rebuilt to help ‘fix many crashes’ 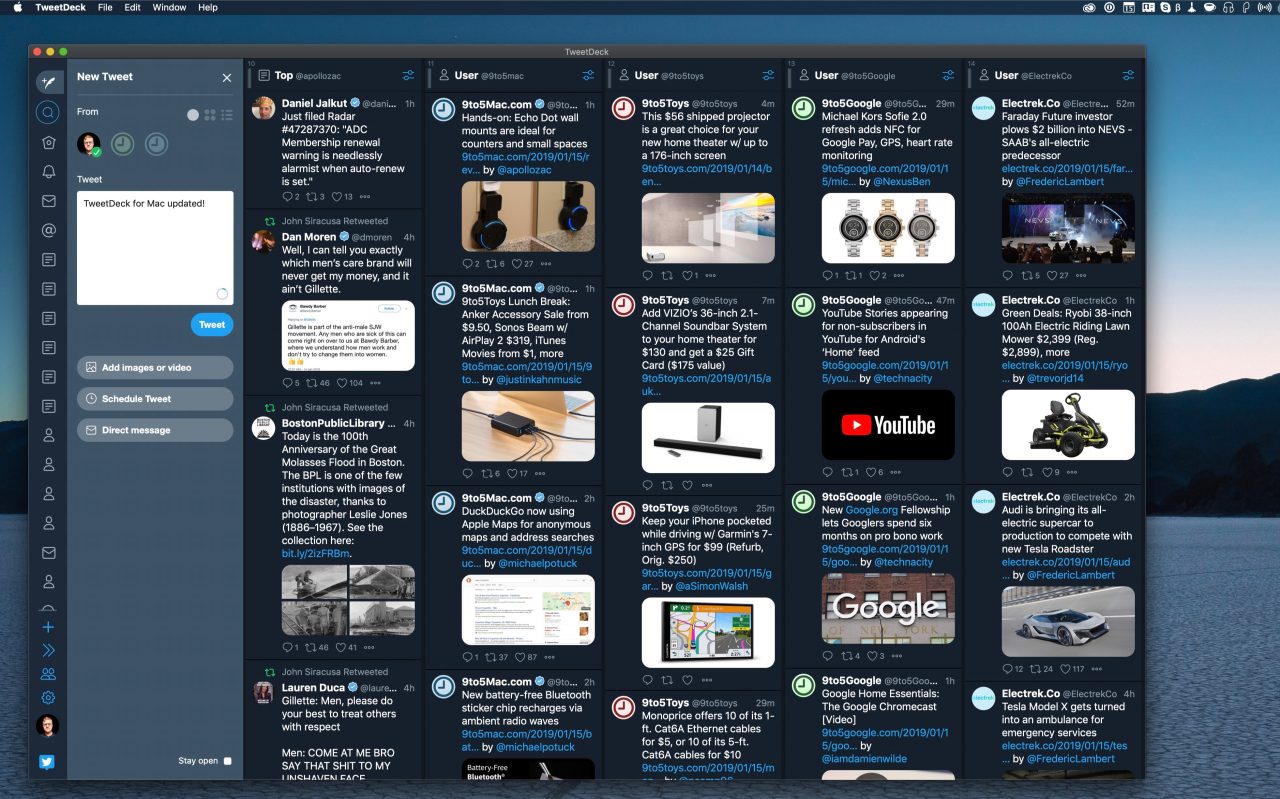 While the official Twitter app for Mac is gone, the company is still actively developing its TweetDeck client for the platform and the Mac app is getting an update today with a handful of new features and bug fixes. Headlining the release is support for macOS Mojave’s Dark Mode, meaning the app will now match the rest of the operating system when in Dark Mode.

If you’d like to use a custom theme, that’s still possible. Though, the Dark Mode won’t be much help since TweetDeck is just a wrapper for the web app.

The app is also being “rebuilt” to help “fix many crashes” and will include better crash reporting for faster bug fixes “in the future.”

Today’s update brings the app to version 3.10 and is available as a free update on the Mac App Store.

– Updated to support macOS Mojave, including Dark Mode. You can also set a custom theme that doesn’t match the system setting

– Rebuilt TweetDeck for Mac to fix many crashes to include better crash reporting, so we can fix bugs faster in the future.

– Many other internal improvements