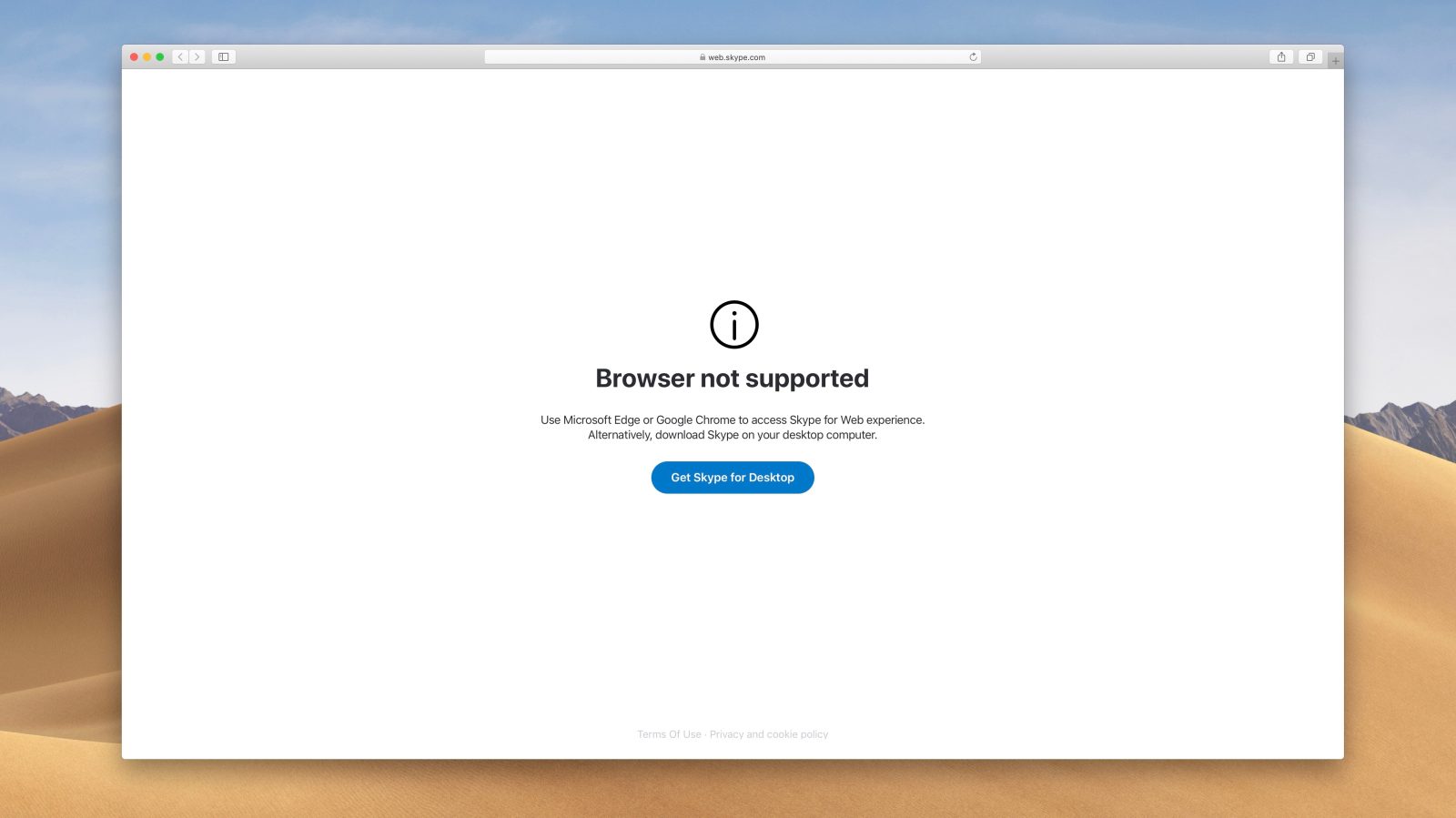 Microsoft released a new version of its Sky for Web client earlier this week in a bid to make the service easier to access. Now, however, the company has confirmed that Skype for Web is no longer supported in Safari.

In a statement to VentureBeat, Microsoft explained that Skype for Web uses a “calling and real-time media” framework that functions differently across the various browsers. Thus, it decided to prioritize Skype for Web support in Microsoft Edge and Google Chrome:

A Microsoft spokesperson said the service requires “calling and real-time media” technology that is “implemented differently across various browsers.” So the company “decided to prioritize bringing Skype to [the] web on Microsoft Edge and Google Chrome based on customer value.

Skype for Web originally launched to the public in April of 2016 after extensive beta testing. The move to drop support for Safari isn’t necessarily surprising, though. Last month, Microsoft warned Skype for Web users that Safari, Firefox, and Opera support would soon be dropped. The only question was when the switchover would occur.

You can try Skype for Web here, but you’ll have to do so in Chrome or Edge, or another Chromium-base browser such as Brave or Vivaldi. It’s unclear if Safari support could come down the line at some point, but it’s clearly not a priority for Microsoft at this time.