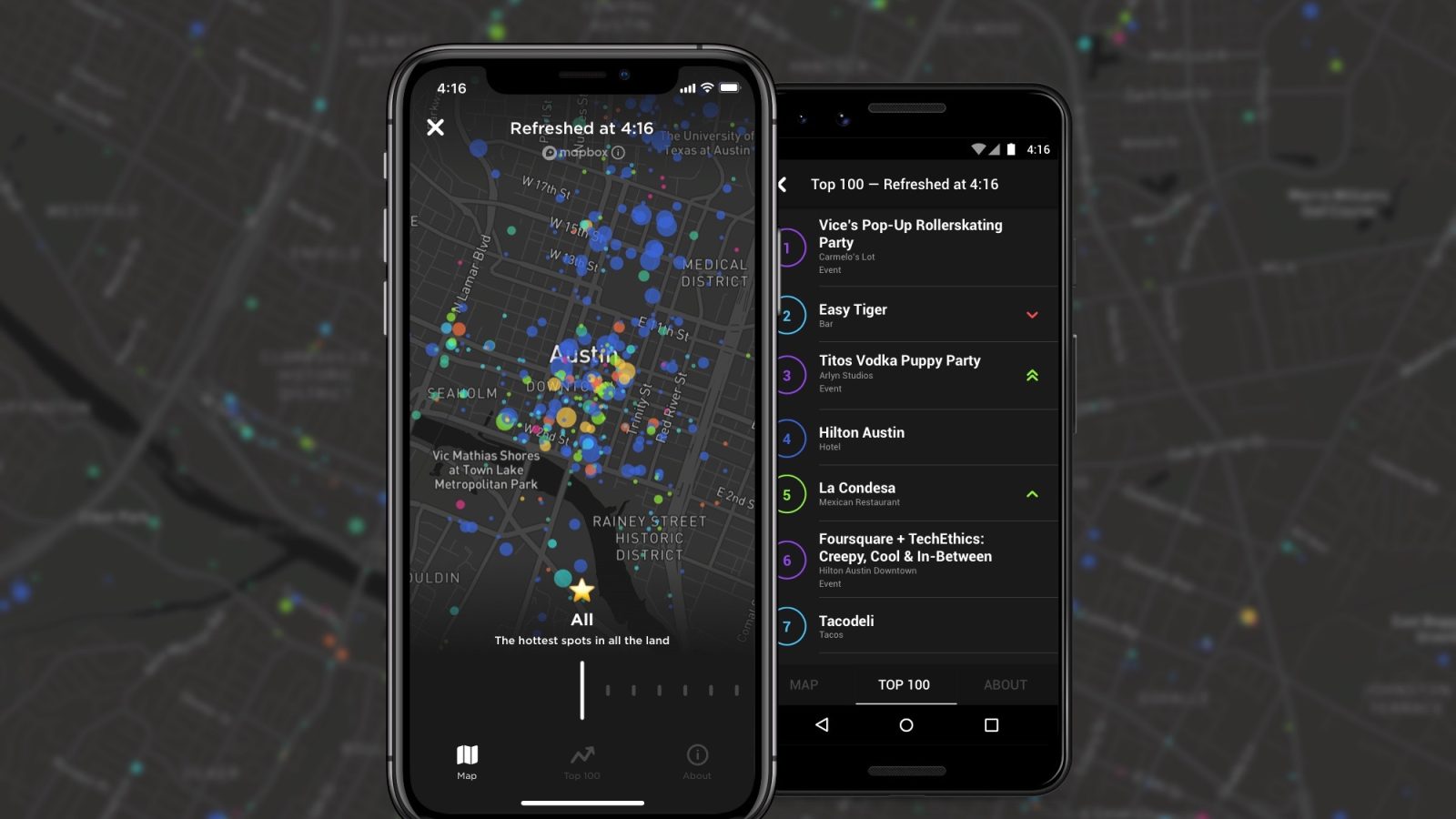 Foursquare this week announced Hypertrending, a new in-app feature that allows you to see how popular places are through a top-down heat map view. The feature is only available in Austin, Texas until March 21st, and there’s a reason for that: Foursquare wants to learn how creepy people think this feature is.

Hypertrending is a top-down view of all the places and phones that Foursquare knows about in Austin.  The “Map” view gives you a real-time look at how people are spread throughout the city – each dot represents a different place, the size of each dot corresponds to the number of people at each place, and each color represents a different type of place.

In the age of routine privacy scandals from the likes of Facebook, however, this type of feature has inherent privacy concerns. But that’s part of the reason Foursquare is interested in seeing consumer reactions to it.

An excellent piece from Engadget today explains how Foursquare wants to be the “ethical data company.” In the original announcement blog post for Hypertrending, Foursquare founder Dennis Crowley explained that the company knows the feature will be controversial:

We are limiting access to it because *we know* it’s provocative. It’s also our belief that before something like our Hypertrending demo changes the game, we should try to give everyone a chance to get their head around the rules.

We realize location data is different than data about books and music – location data is some of the most sensitive data there is.  And we’re aware that Hypertrending walks a fine line between being “creepy” and “cool”.

On a broader scale, Foursquare continues to evolve from a simple check-in app to a platform that aims to have a “base map of the world.” Essentially, Crowley says, Foursquare wants to be able to analyze trends in location tracking and sell their technology to third-parties.

As part of this effort to work with outside companies on location advertising, Foursquare established an ethics committee. This allows Foursquare to research potential partners and set standards for itself:

The result, Crowley says, was an ethics committee that does legal research and formalizes company policy on, say, whether they should help a fast food company target customers who have visited cannabis dispensaries (they did — in areas of the country where marijuana is legal).

Foursquare thus far has turned away “millions of dollars for data that was against our sense of ethics.” This includes specific locations that Foursquare calls “hidden categories,” such as chemotherapy centers, divorce lawyers offices, and more. These locations are not targetable for ads, even though Foursquare holds the necessary data to do so.

The ultimate goal, Crowley says, is to “let the user decide” how and what data is used for, and what is considered ethical or not. That’s also the goal of piloting Hypertrending. Read the full piece at Engadget.