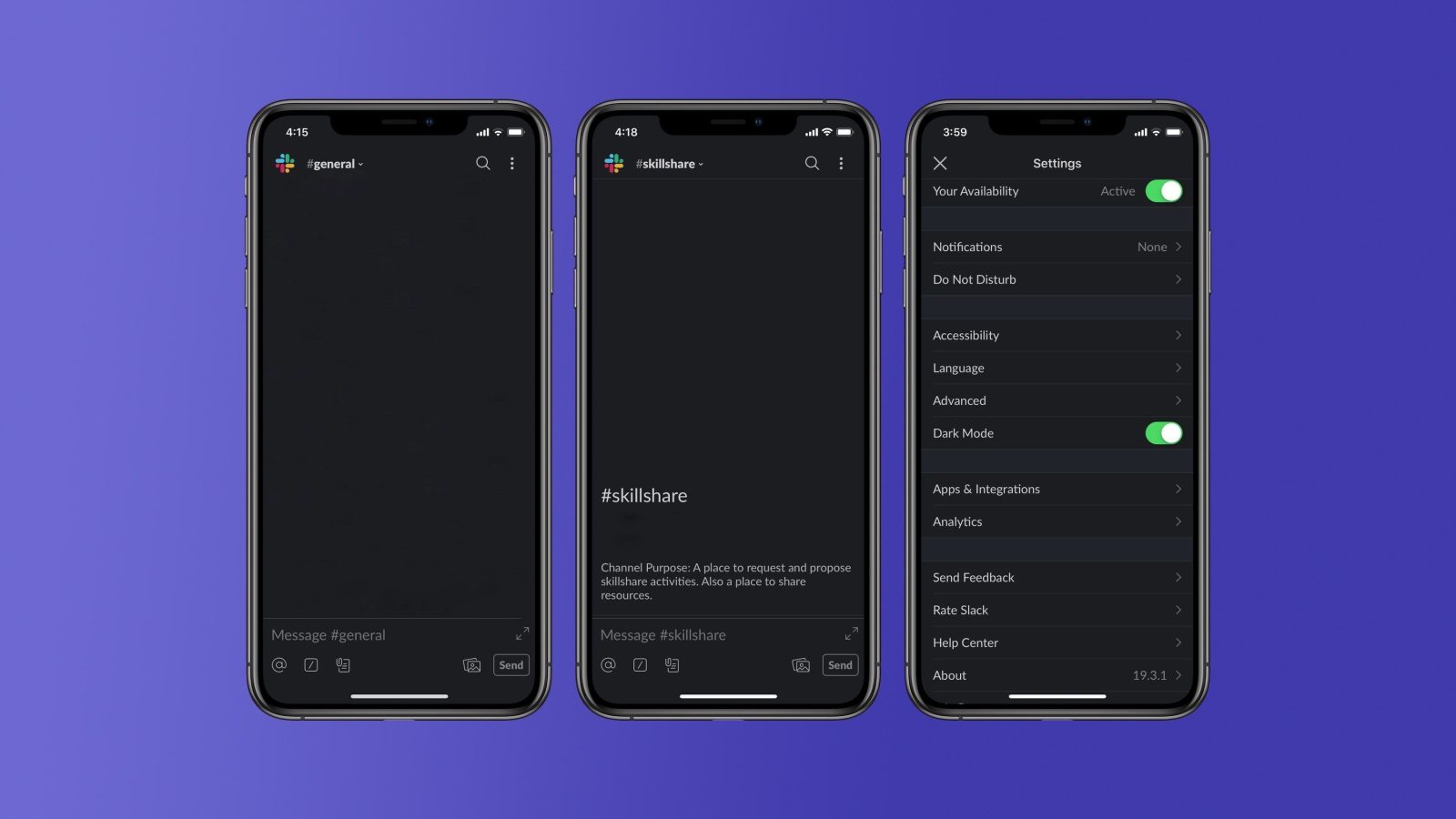 Last week we heard that Slack was testing a long-awaited dark mode for its iOS app with beta testers. Now the platform has released an update for both iOS and Android to offer the popular feature to all users.

The fast turn around from the beta testing to a full release for Slack’s dark mode is sure to be a crowd pleaser. As we noted last week, users have been asking for the feature for some time.

Here’s how to turn on dark mode on the latest version of Slack for iOS:

simply tap the three dots in the upper-right corner and choose “Settings.” From there, you a new “Dark Mode” toggle. Simply flip the switch, and the app will instantly revamp itself with a dark interface.

As we previously noted, Slack’s dark mode uses a dark gray shade instead of a true black.

Another exciting tidbit from today’s release is that dark mode will be coming to desktop at some point in the future.

• Dark Mode can now be switched on (or off) in the Settings menu. Yes, it’s been a long road, but there’s finally dark at the end of the tunnel. NB: This is mobile only for now, with desktop coming later — thank you for both bearing with us, and for continuing to expect more of us.

• Fixed: The text welcoming you to Slack the very first time you launched the app didn’t quite fit the screen on smaller devices. Not the biggest problem in the world (literally), but first impressions count.

Notably, Slack recently changed its iOS and Android icons from a dark purple to white. As 9to5Mac’s Zac Hall pointed out, having the option for a dark icon would be great. Additionally, if you want a uniform dark aesthetic on mobile, you’ll need to change your theme via desktop as the sidebar doesn’t automatically change to fully dark.

Slack for iOS and Android are free downloads from the App Store and Google Play Store.