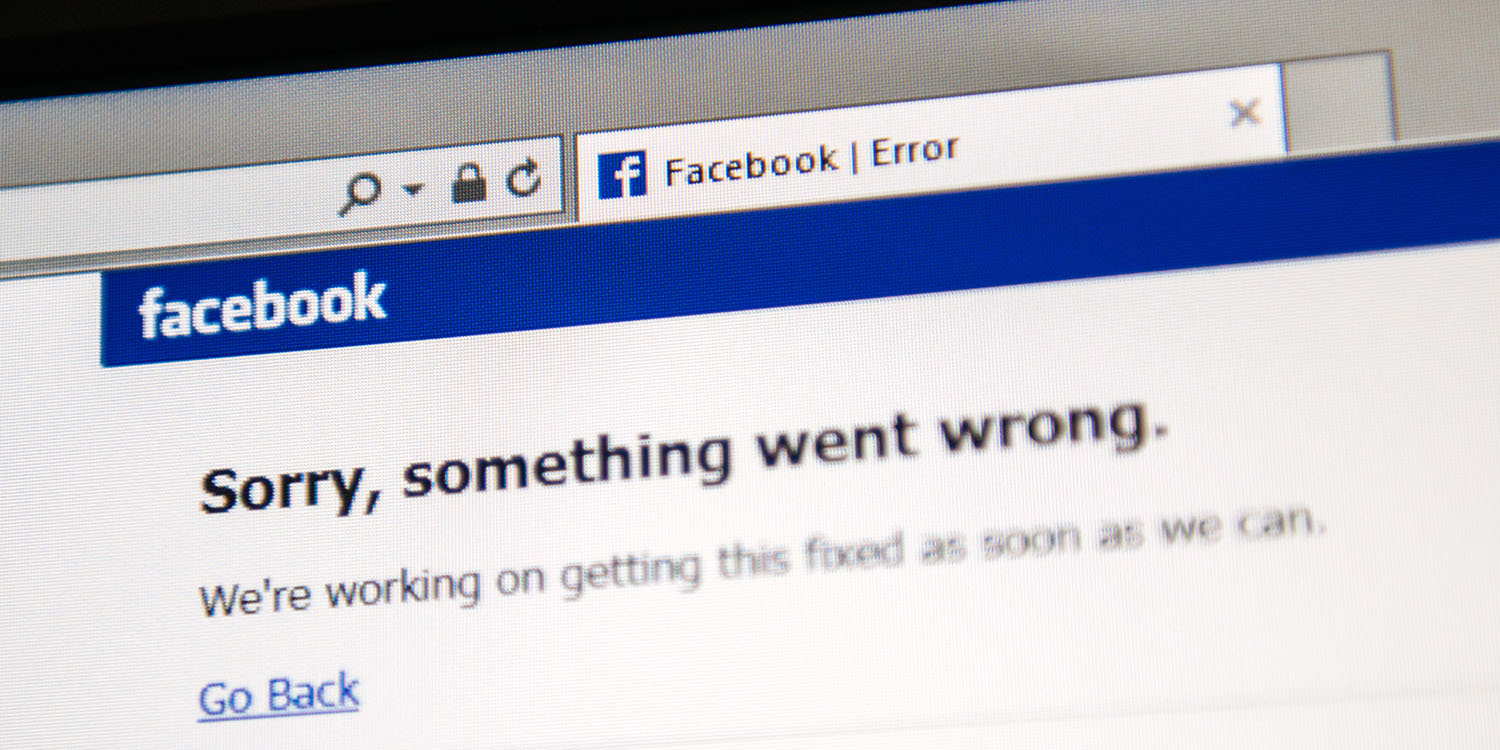 Facebook appears to be recovering from a more than 14-hour disruption to all of its products that left them mostly inaccessible across the world. The company’s main social network, its two messaging apps and image-sharing site Instagram were all affected […]

The last time Facebook had a disruption of this magnitude was in 2008, when the site had 150m users – compared with around 2.3bn monthly users today.

There have been conflicting reports on the reason for the failure …

Some were suggesting that it was a result of a Distributed Denial of Service (DDoS) attack, a deliberate attempt to take the platform offline.

Others claim it was overloaded databases, but that only begs the question what caused that on such a huge scale.

Axios reports that network management firm Netscout believes it was due to a routing error.

An outage that kept many people from accessing Facebook and Instagram on Wednesday was caused by a particular type of routing issue known as a Border Gateway Protocol (BGP) leak, according to network management firm Netscout.

Though not malicious in nature, such problems can lead to widespread issues, as was the case for Facebook.

Such issues stem from the fact that the Internet isn’t a single network, but rather a network of networks. The BGP routes traffic between those networks.

According to Axios cybersecurity reporter Joe Uchill, BGP is notoriously both insecure and easy to mess up by accident. If one server underestimates how many network hops away from another server it is, suddenly, huge swaths of the internet can be redirected through an inconvenient place.

BGP issues were behind a major Google outage back in 2018.

Whatever the cause, my own anecdotal experience tends to back the BBC view as to its scale. My own Facebook friends network – which is spread all around the world – are pretty universally reporting that they were affected. Most could view at least partial feeds, but were unable to post.

The BBC says DownDetector revealed the scale of the problems.

Estimates suggest the issue began around 16:00 GMT on Wednesday. While Facebook’s main service appeared to load, users reported not being able to post.

Those on Instagram were not able to refresh feeds or post new material. Facebook Messenger’s desktop version did not load – but the mobile app appeared to allow the sending of some messages; however, users reported glitches with other kinds of content, such as images. WhatsApp, Facebook’s other messaging app, had similar problems.

A third-party outage map suggested the problem was global – DownDetector monitors posts on other social networks for users mentioning a loss of service elsewhere. According to the site, areas of Europe and Asia are still reporting problems as of Thursday morning.

DownDetector today shows severe problems remaining in the UK, with hotspots in Europe and North and South America.

While many were left unhappy at the outage, especially those reliant on Facebook for business purposes, one company did have reason to smile. With Facebook’s own messaging services down, The Verge reports that many people flocked to Telegram instead.

Three million new users have signed up to Telegram over the past 24 hours, during a period in which Facebook (and Facebook Messenger), Instagram, and WhatsApp were all experiencing significant outages worldwide. The new users were announced by Telegram’s founder and CEO Pavel Durov on his personal Telegram channel. It’s a big number for a service boasting 200 million active users as of March 2018.

Ironically, the link to the announcement is also currently down for me …