A first ever look at the original iPhone engineering prototype [Gallery] 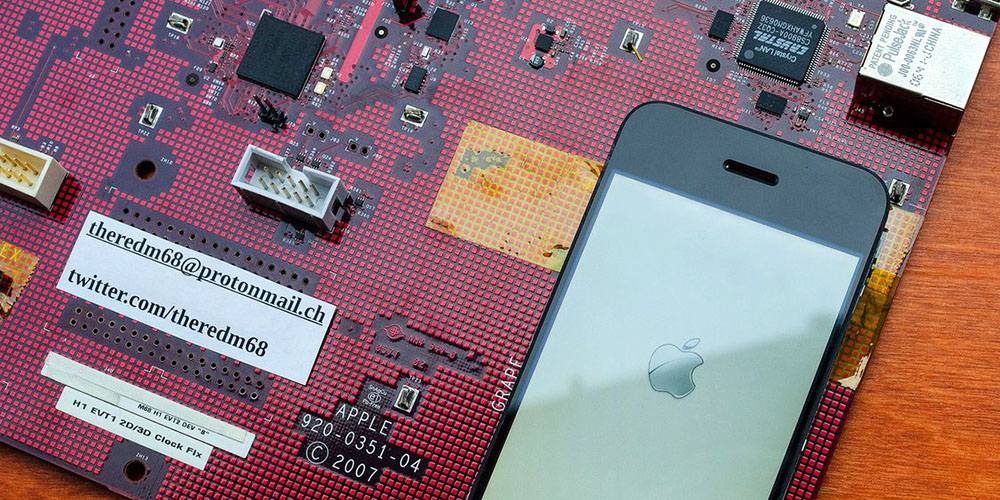 You wouldn’t think there would be much left to reveal about the original iPhone by now, but it seems there is. The Verge has managed to get access to the original engineering prototype, known as an engineering validation test (EVT) sample of the iPhone from 2006/2007.

This is a development device where the components are laid out on a PC-style motherboard, for easy replacement if components need to be substituted, with a bunch of additional connectors for plugging in test equipment …

The Verge says that this EVT sample includes the screen, revealing what the iPhone would look like, but some engineers would be given screenless versions – which needed to be connected to a monitor – to maintain secrecy.

Apple was focused on surprising everyone with the iPhone, and that meant that many of the engineers working on the original handset didn’t even know what it would eventually look like.

To achieve that level of secrecy, Apple created special prototype development boards that contained nearly all of the iPhone’s parts, spread out across a large circuit board. The Verge has obtained exclusive access to the original iPhone M68 prototype board from 2006 / 2007, thanks to Red M Sixty, a source that asked to remain anonymous. It’s the first time this board has been pictured publicly, and it provides a rare historical look at an important part of computing history, showing how Apple developed the original iPhone.

The red circuitboard color is used by Apple to denote a prototype rather than a finished version.

While all the iPhone components are present, there are many additional ports for use in testing.

There’s a serial connector at the top that was used to test iPod accessories since the iPhone also used Apple’s 30-pin connector, and there’s even a LAN port for connectivity. Two Mini USB connectors flank the side of the board, which were used by engineers to access the main iPhone application processor and radio (baseband). Apple engineers could use these Mini USB ports to code for the device without ever seeing the screen […]

Elsewhere on this board, you’ll see lots of white connectors with pins. The smaller ones are JTAG connectors used for low-level debugging. Engineers could connect signal probes to some of these connectors to monitor various signals and voltages, allowing developers to test key software changes to the iPhone and make sure they weren’t negatively impacting the hardware […]

If an engineer inside Apple received a development board like this without a screen, component video and RCA connectors on the side of the board could be used to connect it to a display. Engineers could also test headphone connectivity, thanks to stereo line out ports on the side.

This is so cool. It’s so easy to forget Apple shoved an entire computer into a phone, but then you look at these early iPhone prototypes. https://t.co/zb4LGOuWBX

The full piece, with more photos, is an interesting read.