Review: Keychron K1 is a compelling mechanical keyboard for Mac with a slim design and solid features 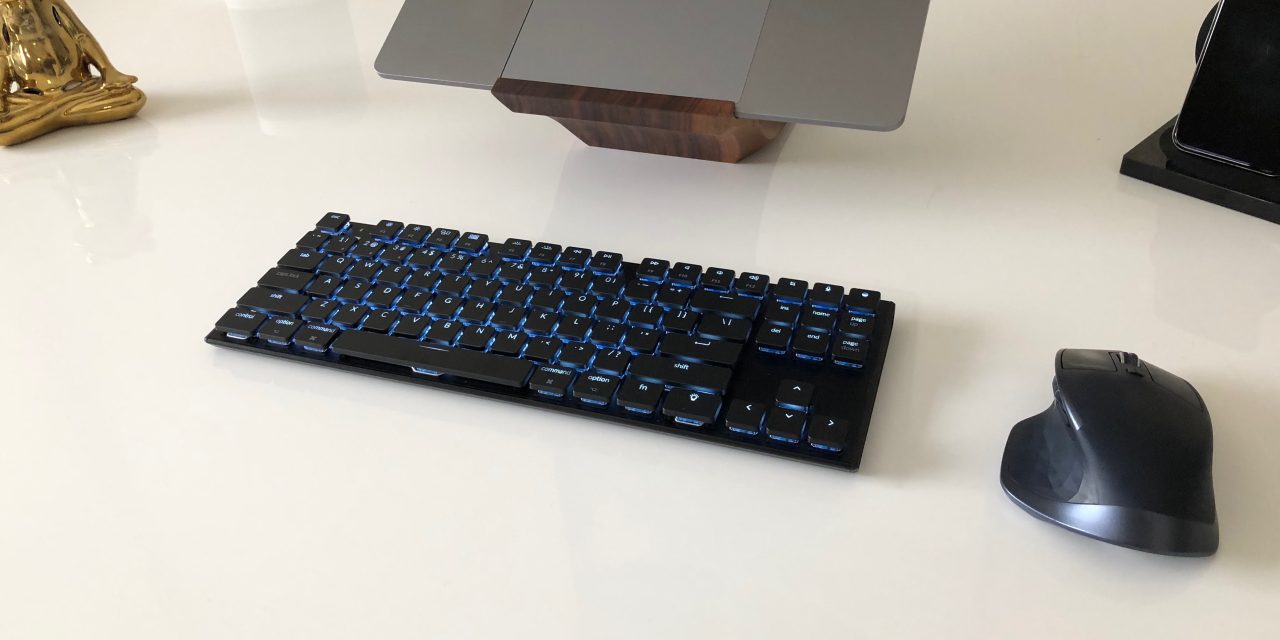 Earlier this year, a new keyboard launched that fills an interesting gap in the market: slim mechanical keyboards for Mac. The Keychron K1 offers a clean aluminum design, an RGB or white backlit Mac key layout, USB-C for charging, and more. Read on for our full review.

After a successful product launch on Kickstarter to get the Keychron to production, the company is selling the mechanical keyboard to the public. After selling out of stock last month, the company is starting to ship out new orders again today.

Unlike many keyboards on the market – even Apple’s Magic Keyboard – the Keychron K1 features a full aluminum frame. This gives it a solid build quality and feel, and I also think the black finish looks good with any Mac.

As far as mechanical keyboards go, this is about as slim as it gets. The Keychron K1 has a tapered design with the highest point at the back of the device sitting at 18mm (0.7-inches) tall. 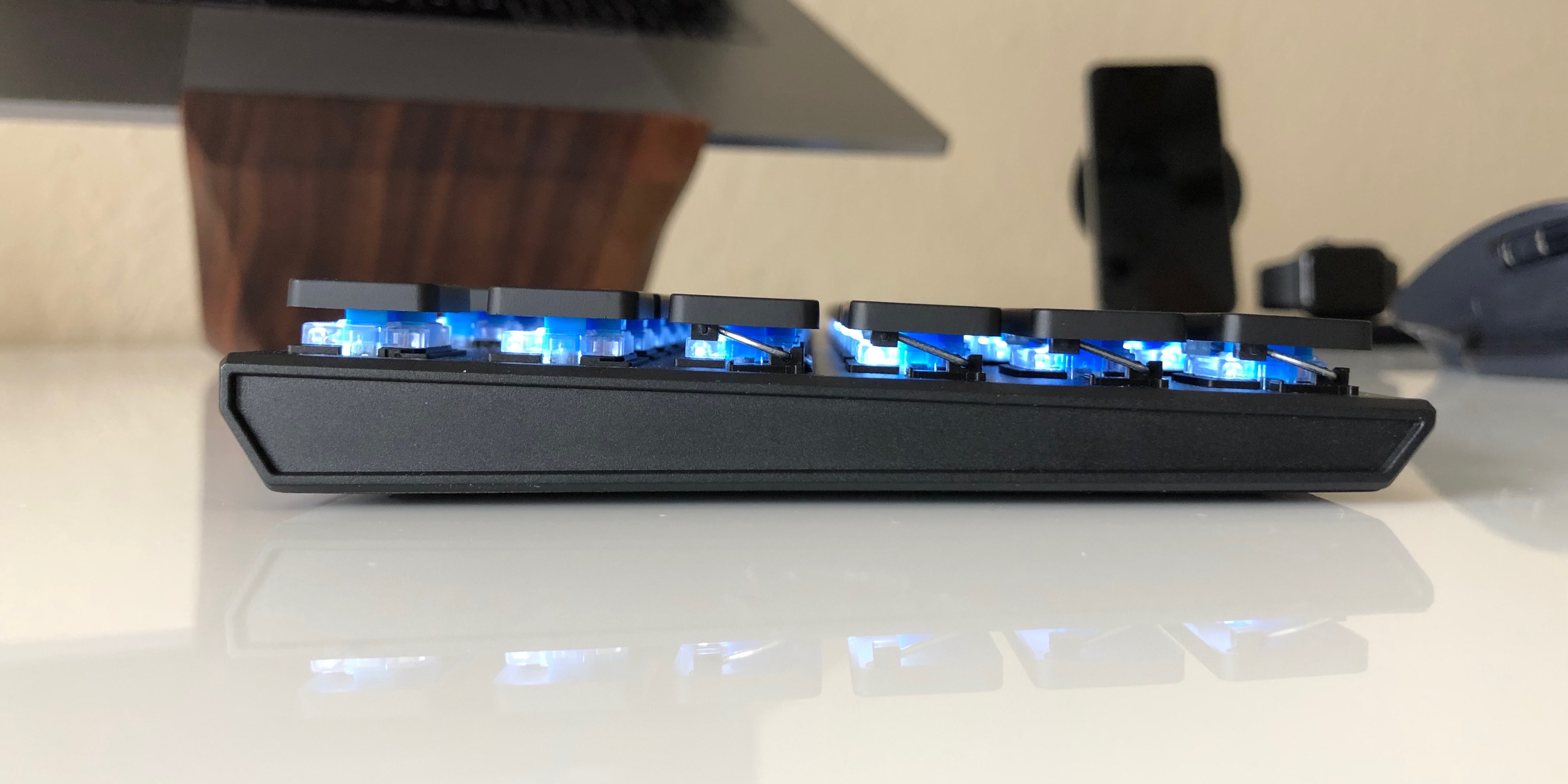 As mentioned in the specs above, the Keychron K1 features Fraly low-profile Blue switches with 3mm of key travel. That’s 1mm less that something like the popular Cherry MX lineup of switches. While many keyboards use keycaps with a slightly concave design, the Keychron K1 uses flat keycaps, more on that in a moment.

Included in the box are the keyboard, USB-C to USB cable, extra keycaps, and a keycap removal tool.

The only aspect that stands out as not so polished is the Keychron having visible screws on the top of the device. They are painted black to blend in as much as possible, but there are 11 screws visible in-between keys, which isn’t ideal. 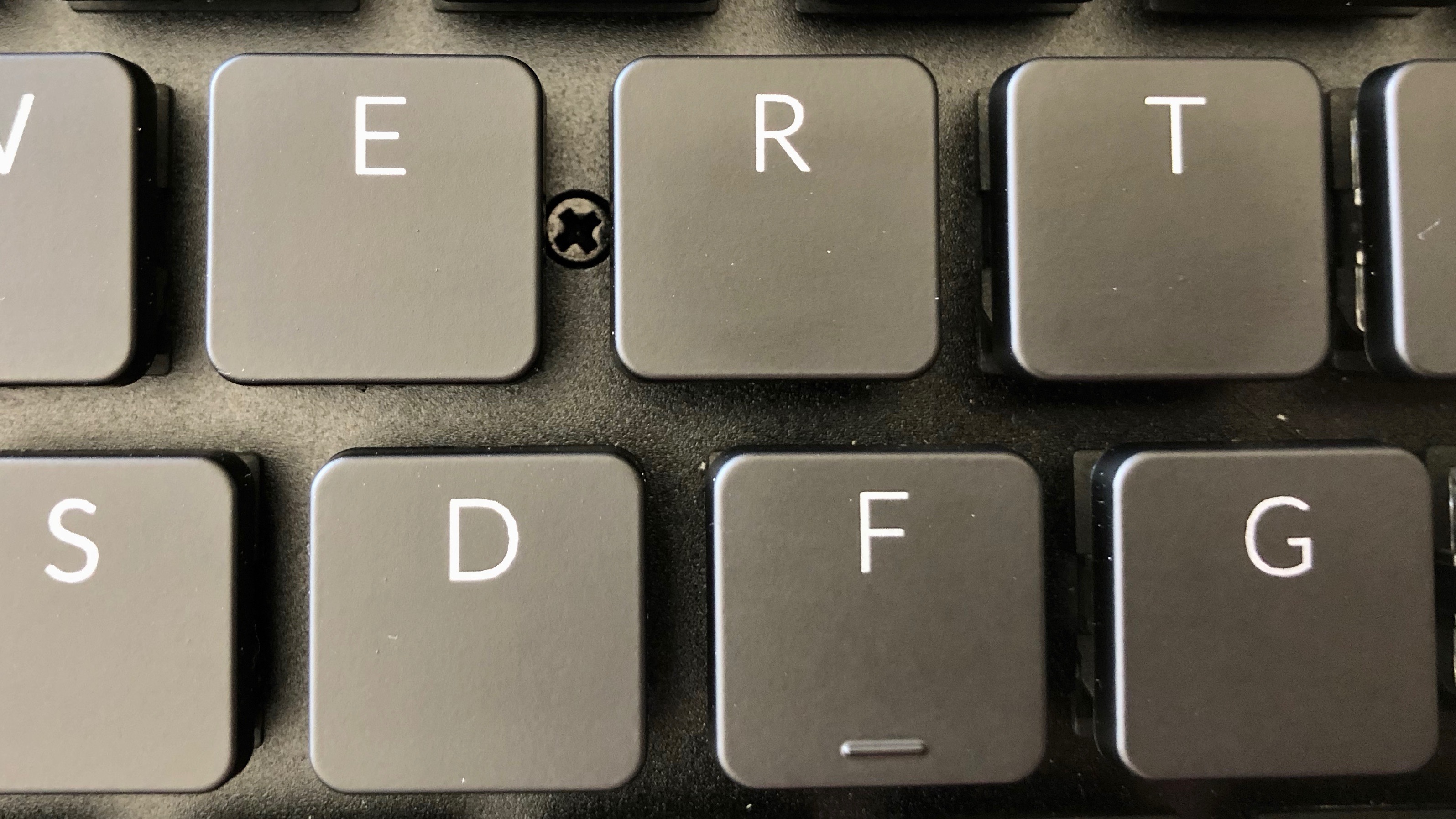 The Keychron K1 comes with a 1-year warranty.

Getting used to the Keychron K1 was a bit of an adjustment for me because I use the MacBook Pro butterfly keyboard and Apple’s Magic Keyboard on a daily basis. It took me a couple of weeks to feel comfortable with a mechanical keyboard, but I found the Keychron K1 to be a solid performer. The pronounced click of mechanical keys does offer a satisfying tackle experience.

If you’re thinking of making the switch from something like Apple’s Magic Keyboard or the butterfly keyboard on the 2018 MacBook and earlier, just be aware that it’s a significant change. The Keychron’s 3mm key travel is almost six times more than the 2018 MacBook Pro’s 0.55mm key travel. However, if you’re already a mechanical keyboard user, I think you’ll feel right at home with the Keychron K1.

As for the flat keycaps on the Keychron, they didn’t bother me at all since I’m used to very little concave contour on Apple’s keyboards, but it’s something to keep in mind based on your own preferences.

It’s great that the Keychron K1 has USB-C for its charging and optional wired mode, so it plays nice with modern Macs. It would have been nice to see a USB-C to USB-C cable along with the USB-C to USB cable in the box, but a lot of users probably already have one. 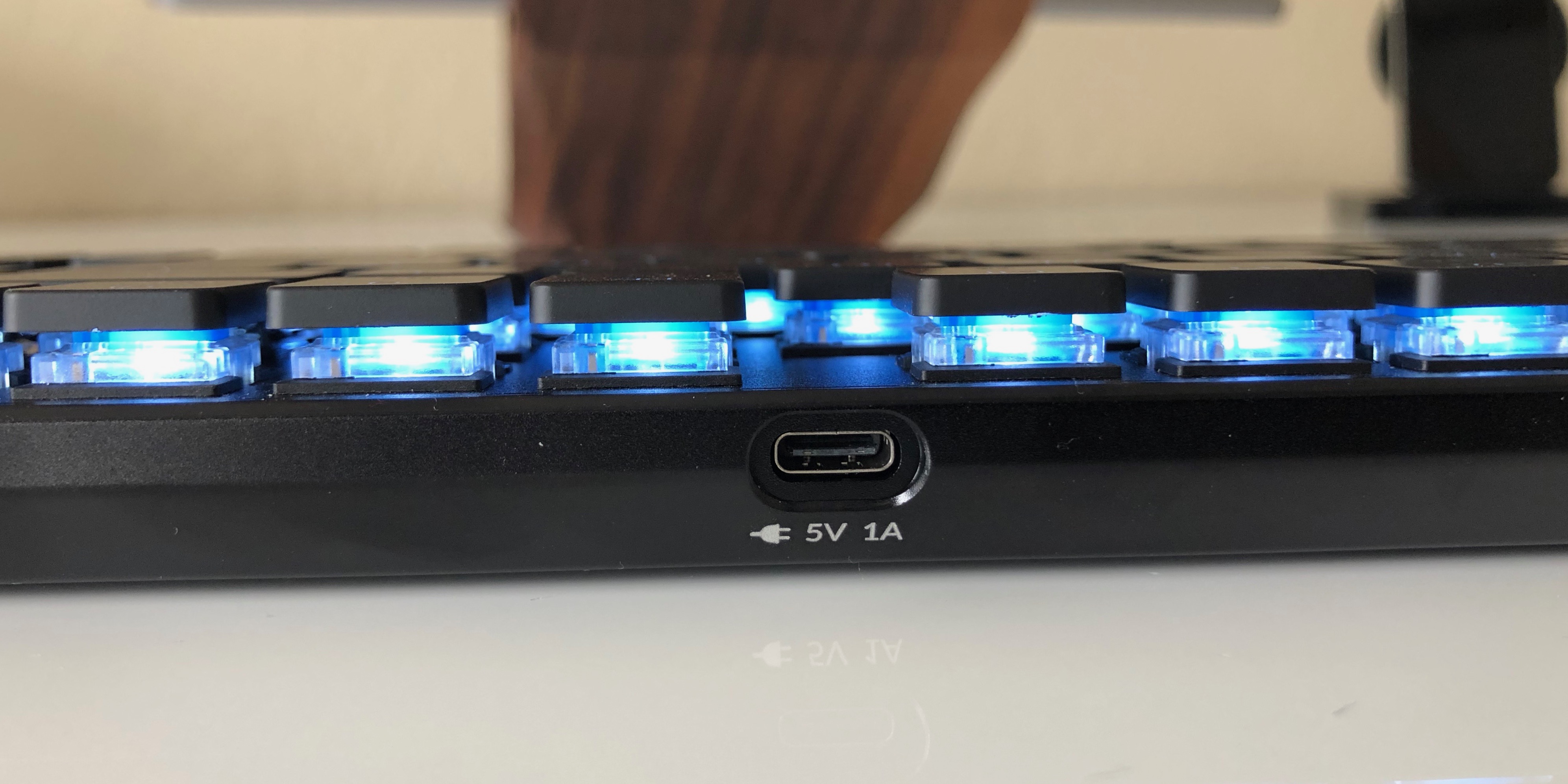 On the back side of the keyboard are two toggles, one to change from Bluetooth to wired use, and one for switching between Mac/IOS and Windows/Android. 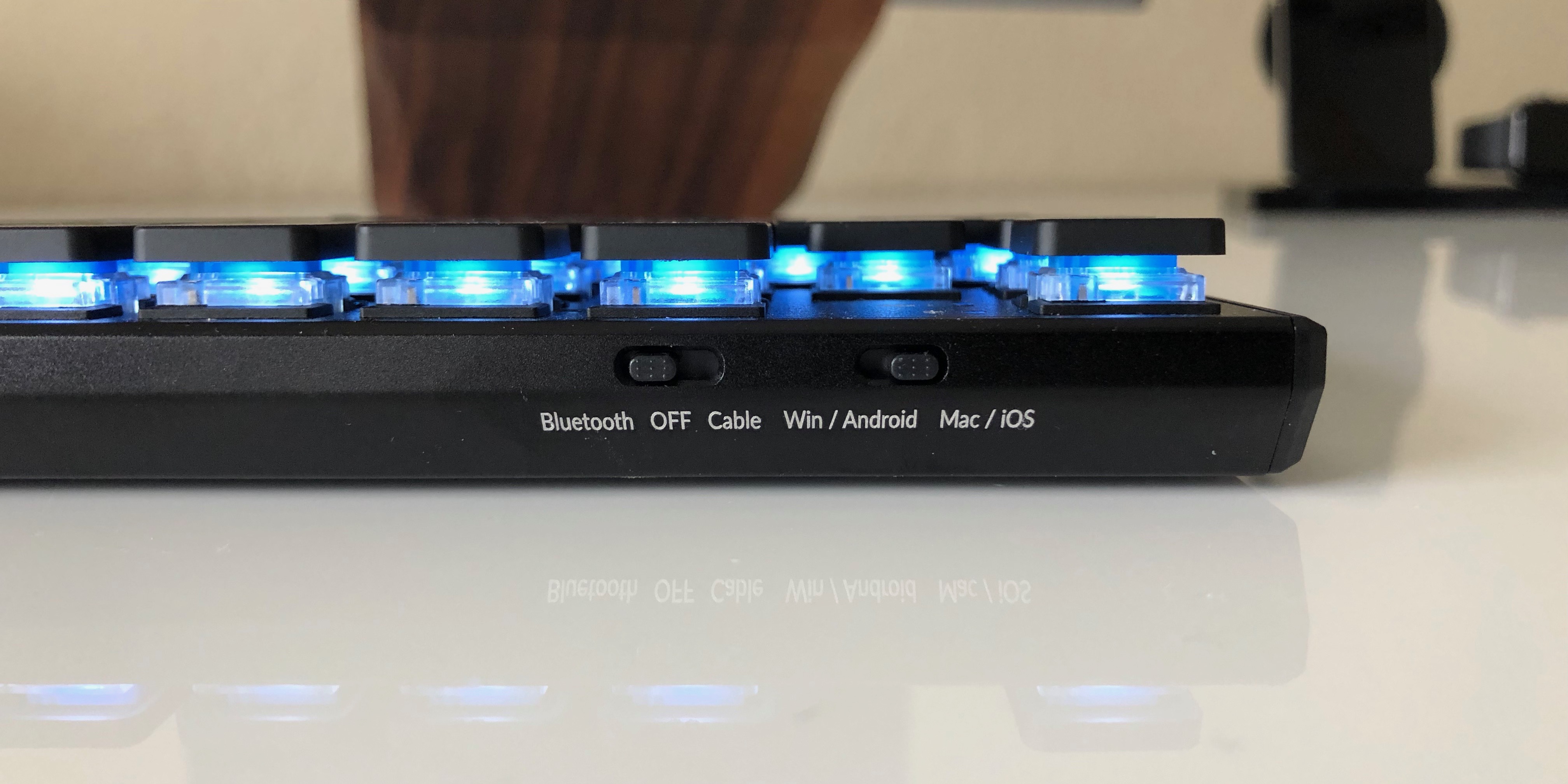 I tested out the 87-key Single LED for Mac and Windows keyboard that sells for $74. There are also 87-key RGB and 104-key RGB models as well that go for $84 and $94, respectively. I tested out the various light patterns (10 on the single LED version, 19 on the RBG models) and found them to be novel to play around with, but preferred solid backlighting for day-to-day use.

Having dedicated Mac keys on a mechanical keyboard is really great to see. In addition to the command key, the top row features the same keys for showing all windows, pulling up Launchpad, controlling media, and more that Apple’s own keyboards use (in the same order as well). Additionally, the Keychron K1 features a dedicated Siri key in the top right corner. You just need to head to System Preferences → Siri → Keyboard Shortcut → Press Fn (Function) Space to enable it. 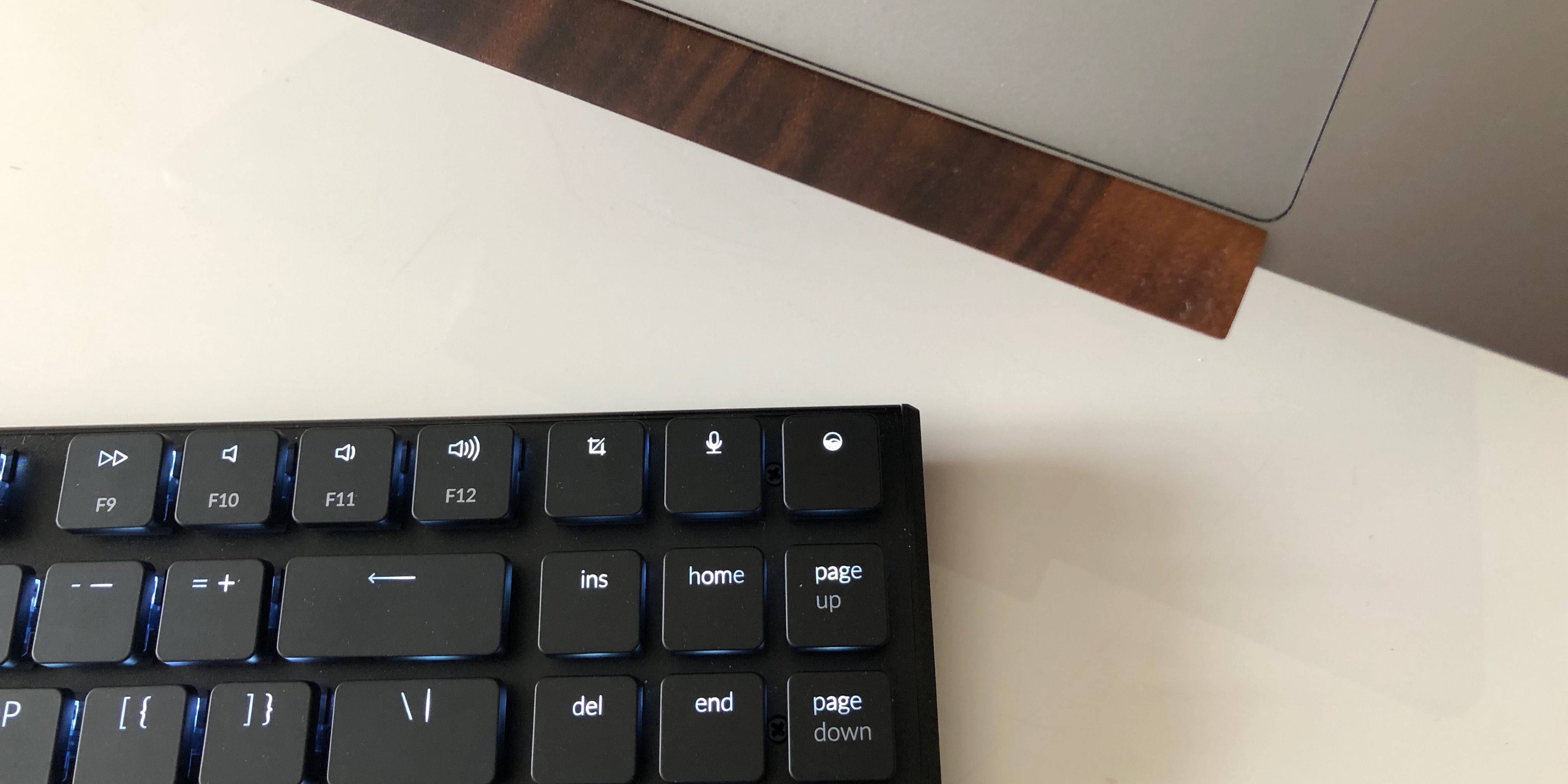 Another handy feature of the Keychron is the ability to pair to up to 3 devices simultaneously. You can toggle between paired devices with fn + 1, 2, or 3.

If you’re looking for a Mac-specific mechanical keyboard, the Keychron K1 is a compelling option. With its slim design, affordable price point starting at $74, USB-C, and support for 3 devices simultaneously, it ticks a lot of boxes likely to be on a user’s wishlist.

If you’re a seasoned mechanical keyboard user, you’re probably in for no surprise. However, for those looking to make the jump from the MacBook’s butterfly keyboard or another slim keyboard, keep in mind it may take some time to get used to the feel of mechanical keys.