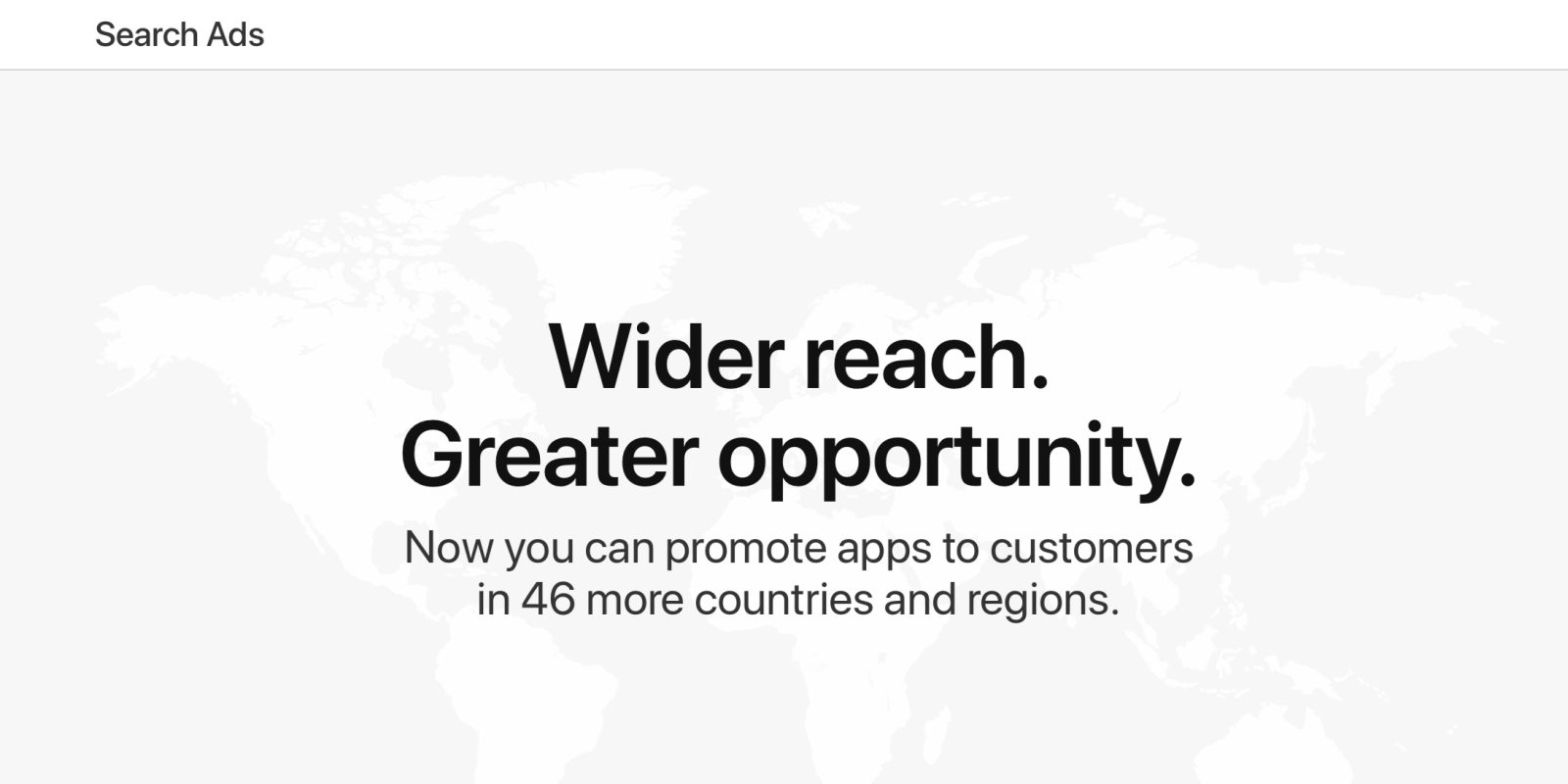 Apple announced today that developers can now advertise their apps in App Store Search in an additional 46 countries.

If keywords are bid on, a single ad will appear as the first search result for a particular query, with a blue background highlight to indicate it is a paid item. Normal search results appear below.

Apple today informed developers that they can now bid for search ad placement in 46 additional countries.

Alongside the 46 new countries, Apple has added new ways for developers to manage the budgets for their campaigns. Single campaigns can now be assigned to run across multiple regions, whereas previously a developer would have to configure a campaign for every single country individually.

Whilst not as fashionable as Apple’s new services efforts like Apple Music, News+ or Apple TV+, the company reports Search Ads revenue as part of its Services business and regularly quotes its growth in its financial earnings calls. Some analysts believe Search Ads alone could become a $1bn/year business.