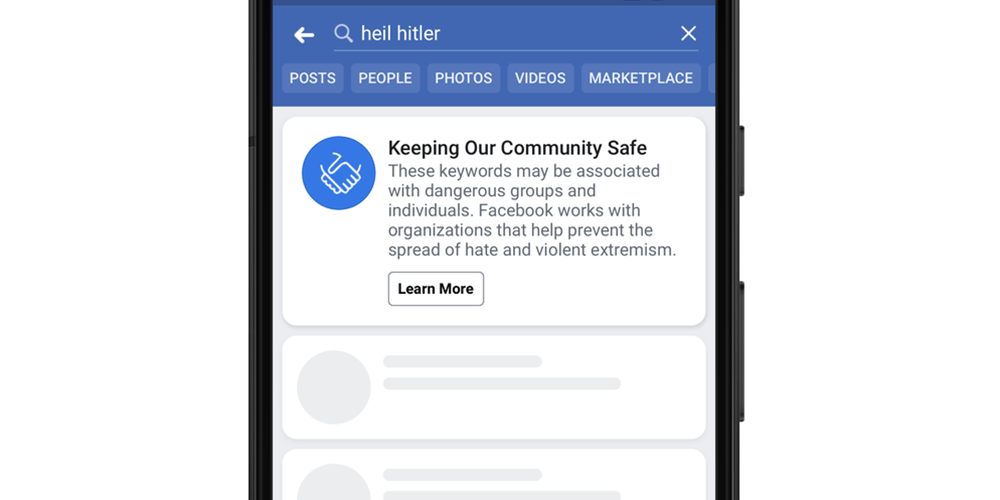 Facebook has announced that it is banning white nationalism from its platform following consultation with academics and others, concluding that it is no longer possible to distinguish it from white supremacy …

The company said that it is taking a stand against hate.

Today we’re announcing a ban on praise, support and representation of white nationalism and white separatism on Facebook and Instagram, which we’ll start enforcing next week. It’s clear that these concepts are deeply linked to organized hate groups and have no place on our services.

Our policies have long prohibited hateful treatment of people based on characteristics such as race, ethnicity or religion — and that has always included white supremacy. We didn’t originally apply the same rationale to expressions of white nationalism and white separatism because we were thinking about broader concepts of nationalism and separatism — things like American pride and Basque separatism, which are an important part of people’s identity.

But over the past three months our conversations with members of civil society and academics who are experts in race relations around the world have confirmed that white nationalism and white separatism cannot be meaningfully separated from white supremacy and organized hate groups.

Facebook said the decision had been difficult because it allows people to express pride in their ethnic heritage, but its own analysis had shown a clear overlap between ‘white nationalism and white separatism and white supremacy.’

It said that future searches relating to white supremacy would link to support materials designed to help people free themselves from a life of hate.

Our efforts to combat hate don’t stop here. As part of today’s announcement, we’ll also start connecting people who search for terms associated with white supremacy to resources focused on helping people leave behind hate groups. People searching for these terms will be directed to Life After Hate, an organization founded by former violent extremists that provides crisis intervention, education, support groups and outreach.

The move follows shortly after the terrorist attack in New Zealand, and Reuters reports that the country’s prime minister offered a cautious welcome to the announcement.

I’m pleased to see that they are including it, and that they have taken that step, but I still think that there is a conversation to be had with the international community about whether or not enough has been done.

CNBC reports that the U.S. Department of Housing and Urban Development has today sued Facebook for allowing racist ad targeting.

The agency is seeking damages for any person who was harmed by Facebook’s advertising systems, which until last week allowed employers or landlords to limit their audiences on the basis of race, ethnicity or gender. Facebook settled a lawsuit with the ACLU over the practice and overhauled its systems as a result […]

A Facebook spokesperson said the company is surprised by HUD’s lawsuit.

“While we were eager to find a solution, HUD insisted on access to sensitive information — like user data — without adequate safeguards,” the spokesperson said. “We’re disappointed by today’s developments, but we’ll continue working with civil rights experts on these issues.”

The lawsuit can be found here.